King of Spain’s Mercedes 450 SEL goes up for auction

The 39-year-old armored Mercedes 450 SEL of former Spanish king Juan Carlos is being auctioned. The 5-meter-long Mercedes transported the king and his wife, Queen Sofia, during their official visits.

To ensure the safety of the king, the car is fully covered with a bulletproof armor. The car therefore weighs more than 2,000 kilos. Nice detail is that the car is still equipped with the original Spanish flags and a siren. Auction house Catawiki expects the car to generate approximately € 50,000.

The fact that the Mercedes is not a regular car is apparent from the fact that the car had a huge engine. “It’s a 6.9 liter V8, with a power of 225 hp, allowing this car to reach 210 km / h and accelerate from 0 to 100 km / h in 9.3 seconds. For a car from that time and with this weight a great performance. ‘ said Sander Houdel, an old-times expert at Catawiki.

According to the auction site, there is really a market for cars owned by members of royal houses. For example, the Aston Martin of Prince Philip of England was auctioned for more than € 500,000 last year and also a Ferrari owned by Prince Bernhard of the Netherlands changed hands for more than € 350,000. 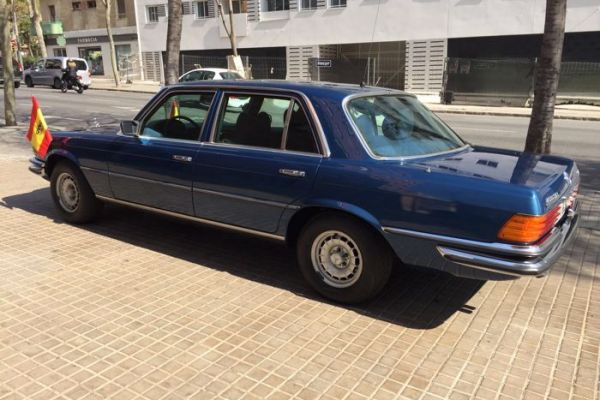