It has been a brand-new record month in terms of sales figures for Mercedes-Benz, as the company sold more cars than ever before in an August. 170,341 automobiles have found their way towards their new owners, which represents an increase of 9%. 1,496,406 units were sold in the first eight months of 2017.

This past month, Mercedes-Benz was the premium brand with the highest number of new vehicle registrations in markets such as Germany, Spain, France, Switzerland, Portugal, Japan, Australia, Taiwan, Canada and Brazil.

In Europe, unit sales by Mercedes-Benz surpassed all previous August numbers. A total of 61,589 units were sold (+8.4%), of which, 25,155 cars were delivered to customers in Germany (+6.9%). New sales records were set for the month of August in Belgium, Switzerland, Austria, Sweden and Portugal, as well as in Poland (+46.8%) and Spain (+18.2%), where growth was especially strong.

The Asia-Pacific region accounted for 73,264 of the Mercedes-Benz vehicles, with an 18.9% increase. In China, more cars were sold than ever before in an August: 50,505 customers received their new car with the star (+24.5%). South Korea, Japan, Australia, India, Taiwan and Malaysia also enjoyed record sales.

The first entire month spent on the market by the all-new S-Class Saloon knew marked an increase of 35% for the sales of the luxury liner.

The Mercedes-Benz SUVs, with the GLC and the GLA on top, also enjoyed their share of glory with a high demand this past month, marking an increase of 13,8% of units delivered.

More SUVs were sold than ever before in the month of August and their popularity has gone global. Europe, as well as the NAFTA and the Asia-Pacific regions have recorded new sales records. Since its market launch back in 2008, more than one million units of the boxy GLK and its more harmoniously shaped successor, the GLC, have been delivered to customers worldwide. 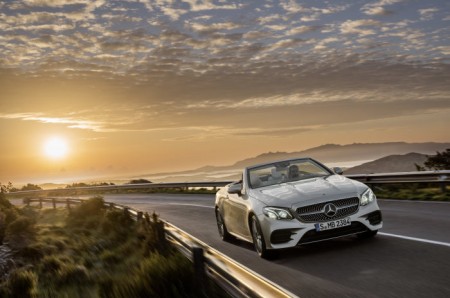 The models promoted by Mercedes-Benz as “dream cars” have made dreams come true for 12,419 customers that ordered coupés, cabrios and roadsters. In Germany, one of the biggest markets for the Mercedes-Benz dream cars, the prolonged summer boosted the strong demand. Considered over the year to date, worldwide unit sales are considerably higher than in the prior-year period with an increase of 28.4%.

In August, there were 7,711 customers that chose a car from the smart brand, pointing an increase of 1.0%. still, double-digit growth was achieved last month in Italy, Spain, Belgium, Netherlands and Austria. Since the beginning of 2017, more smart models were sold in the major markets of China and Great Britain than ever before in the first eight months of a year.