It seems that North Korean leader Kim Jong Un has the same car preferences like the US president Donald Trump who own at least three Mercedes models.
Kim Jong Un left the summit with Donald Trump in a Mercedes S 600 Pullman Guard sedan. Kim’s car is an older version sold between 2008 and 2013 based on the former generation S-Class code name W221. But it still has a V12 bi-turbo 5.5 liter with 517 HP under the bonnet.

Kim’s sedan is armored and the interior is wrapped completely in white leather. According to businessinsider.com, the former S 600 Pullman Guard is estimated to have been worth well over 1 million USD at the time of purchase.

The kerb weight of the Pullman Guard is 5.1 tonnes, while its gross vehicle weight is 5.6 tonnes. From the outside, the special protection equipment is barely discernible, like on all S-Class Guard models. This comes courtesy of the dark-tinted windows in the passenger compartment, for example. 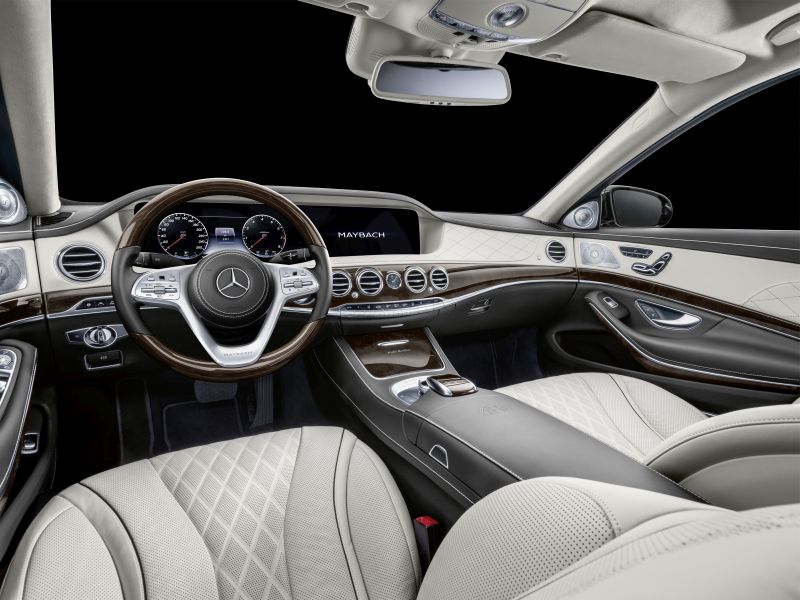 Maximum comfort is provided by the power-assisted opening and closing feature of the rear doors. An electric motor increases the manual force applied. As a result, the large and, due to their armouring, heavy doors are convenient to open and close. The windows are hydraulically opened – the current Pullman builds a technical bridge here to what is perhaps the most famous Pullman in history: the car from the 100 model series dating back to 1965.

The price of the non-armoured version starts at around half a million euro. The German list price of the Pullman Guard is just under 1.4 million euro (prices include VAT at 19% in each case).

The Mercedes-Maybach S 600 Pullman was facelift in March 2018

The VIP occupants sit on two standard-specification executive seats facing the direction of travel. They can enjoy the largest legroom in the segment; and can get in and out of the car with the greatest of ease and comfort. As is typical for a Pullman, the four passengers can sit facing each other in the compartment with an electrically operated partition. Also new for the Mercedes-Maybach Pullman is a front view camera. Rear passengers are thus able to monitor the traffic in front of the vehicle even when the partition screen is closed.

But an armored version of the new Mercedes S 650 Pullman was not released yet, so Mr. Kim Jong Un must expect until the latest armored generation of the most luxurious Mercedes limo will be released.