Jurassic World movie franchise surprisingly decided to cut ties with traditional partner Mercedes-Benz. The series will receive its second entry (fifth if you count the original Jurassic Park episodes), Fallen Kingdom, on June 22nd in the US.

To be accurate, a solitary Mercedes does make a brief appearance in the first half of the film, a military grade Unimog. But, the fall between Mercedes-Benz and the Jurassic World producers seems even deeper than we first thought. The filmmakers went to such lenghts that they conceal the Mercedes-Benz badge, the car’s grille and other name plates at all times, either digitally removing them or simply adjusting the camera angles to make sure they are out of each and every frame. 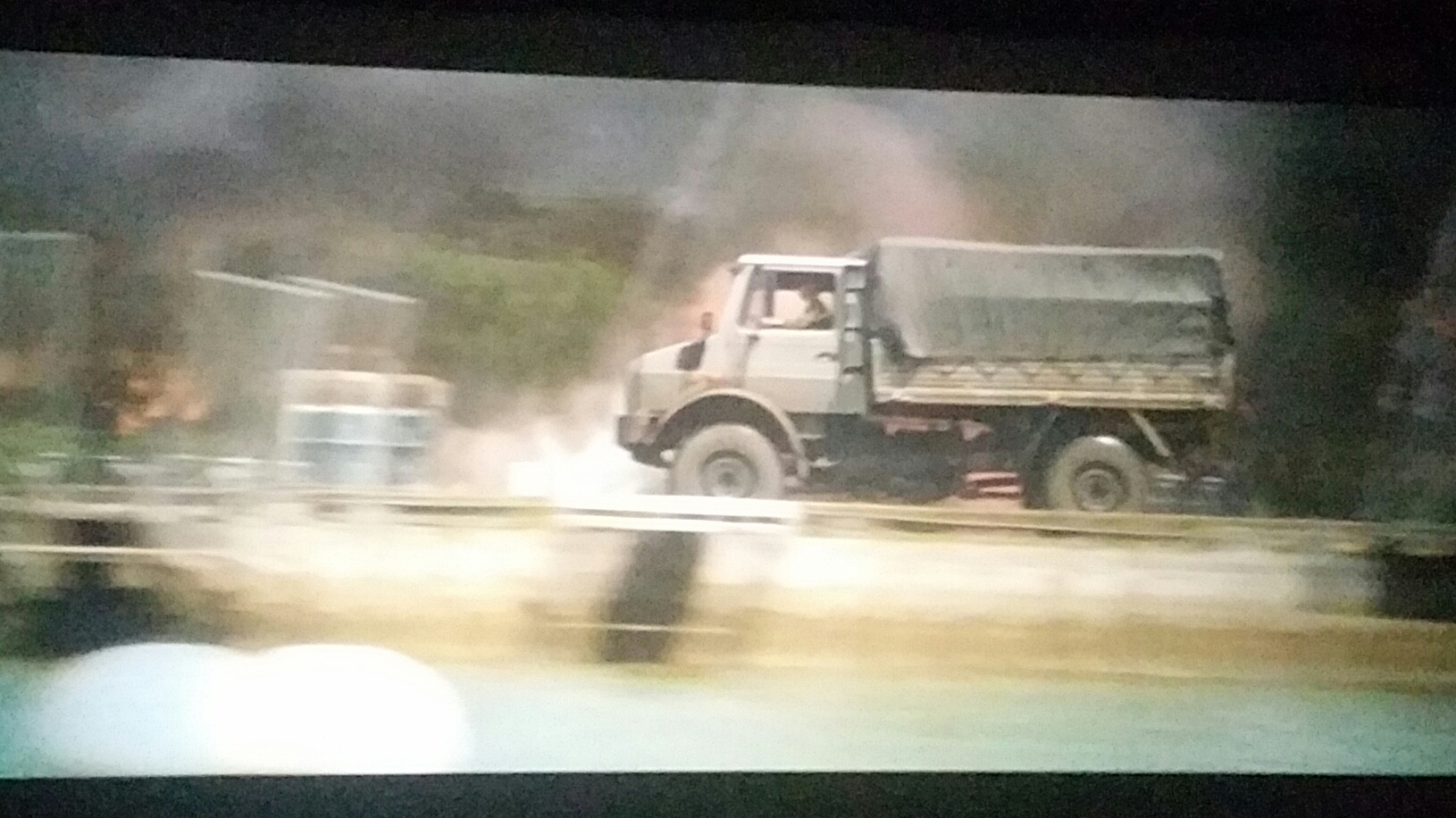 This is a twist no one expected, as Mercedes-Benz cars were prominently featured in the previous film, Jurassic World, from 2015, the world’s fifth-highest-grossing motion picture of all time with a 1.672 billion USD global tally. The product placement came in the form of the GLE Coupe starring alongside the titular dinosaurs and human characters played by Chris Pratt and Bryce Dallas Howard, with the previous G-Class facelift off-roader and its monster 6×6 off-shoot also playing a prominent role.

In fact, the partnership with Universal Pictures, the movie’s producer, started twenty-two years ago, back in 1997, when the first generation of the M-Class SUV kicked off its international promotional campaign by taking the leading car role in the second episode of the series, ‘The Lost World: Jurassic Park’. Two special prototypes were modified to tackle the jungle and the dangerous cloned dinosaurs, leaving a mark in Mercedes fans’ memory all over the world.

Given the long standing relationship between the two major pop-culture influencers, everyone expected a central role for one of Mercedes’ latest models, with the all-new G-Class off-roader coming to mind first. Obviously, this did not happen, and Mercedes aficionados have to look elsewhere for their favorite cars. The most recent mammoth collaboration with a Hollywood franchise was the partnership with Warner Brothers and the Justice League blockbuster from last year, which featured the AMG Granturismo concept and the E-Class Cabrio.

Set 25 years after the events of Jurassic Park, Jurassic World takes place on the same fictional Central American island of Isla Nublar, off the Pacific coast of Costa Rica, where a theme park populated with cloned dinosaurs has operated for ten years. The park plunged into chaos when a genetically created dinosaur breaks loose and goes on a rampage across the island.

Now deserted, the park sits abandoned by humans while the surviving dinosaurs fend for themselves in the jungles. When the island’s dormant volcano begins roaring to life, Owen (Chris Pratt) and Claire (Bryce Dallas Howard) mount a campaign to rescue the remaining dinosaurs from this extinction-level event. Owen is driven to find Blue, his lead raptor who’s still missing in the wild, and Claire has grown a respect for these creatures she now makes her mission. Arriving on the unstable island as lava begins raining down, their expedition uncovers a conspiracy that could return our entire planet to a perilous order not seen since prehistoric times.