The 1965 Mercedes-Benz 230SL that belonged to John Lennon will head to the Scottsdale auction. The roadster in blue paint belonged to the Liverpool legend, was the creation of the automobile designer Paul Bracq.

The 1965 hit of The Beatles, “Drive My Car”, is now getting a whole new meaning. Sold by Barret Jackson during the Scottsdale auction week, the Mercedes-benz 230SL roadster is powered by a 2.3-liter SOHC inline-six engine. The car was purchased by John Lennon comes with the original documentation and a certificate that proves that it was driven by the famous The Beatles star, John Winston, Lennon. 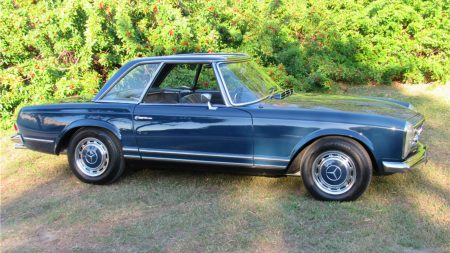 The documents list includes a copy of the original British Registration bearing John Lennon’s signature and several photos of the star in the car. In some of them, George Harrison and wife Pattie Boyd, Ringo Star, Lennon’s first wife, Cynthia, show up next to the automobile.

With a right-hand drive configuration, the roadster was registered for the roads of the United Kingdom on August 1st, 1965. Later on, in 1993, it was shipped to California, after being owned by various car collectors. 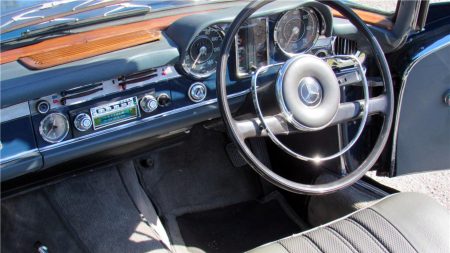 The Mercedes still has the original engine, chassis plate, transmission and rear differential, with numbers matching those of the factory Data Card and together with the celebrity factor, it is expected to fetch a quite nice amount of money.