Jaguar F-Pace has been caught again testing on the legendary Nürburgring track. The spy pictures show the production model, expected to debut later this year.

Confirmed to be marketed under the F-Pace moniker, the new SUV will rival the upcoming Mercedes-Benz GLC and rivaling Porsche Macan. It will be based on the versatile aluminium-intense iQ[Al] platform, set to underpin all future new Jaguar models, including the next-gen XF sedan. The all-wheel drive system should be borrowed from Land Rover.

Engines will likely mirror those of the recently announced Jaguar XE sedan, meaning a full line-up of Ingenium four-cylinder units which will employ turbocharging and stop/start systems in order to meet Euro 6 emissions regulations. Other powerplant options are likely to follow later in the F-Pace’s life cycle. Among these, the 3.0-litre supercharged petrol V6 used in the F-type, with power potential of more than 250 hp. 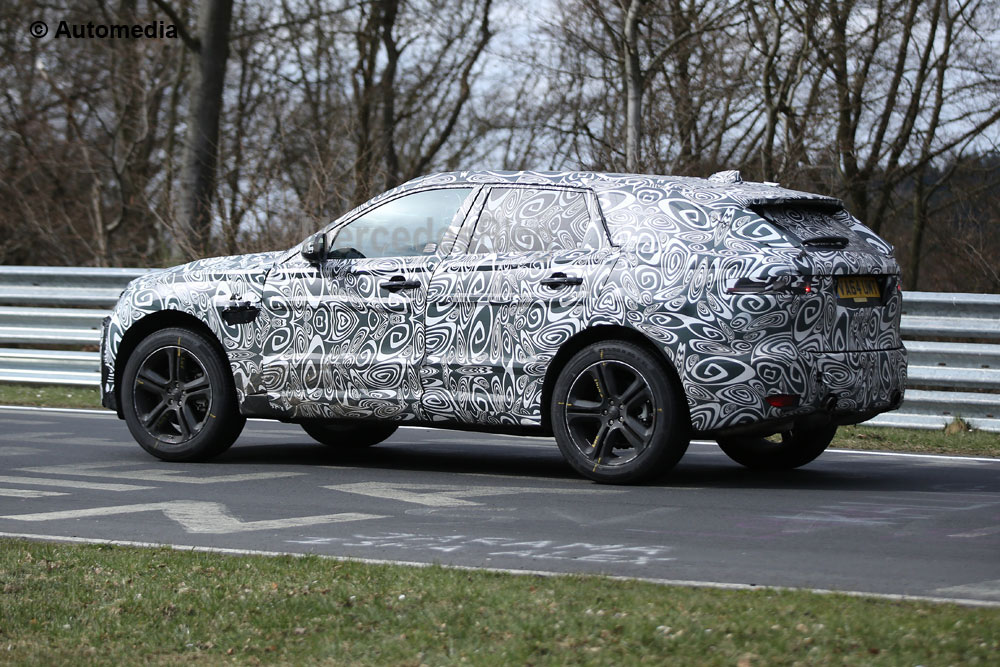 At 4.72 meters long and 1.65 meters wide, the Jaguar F-Pace clearly has the dimensions of a full-size crossover, easily matching its rivals in therms of stature and sheer road presence. The design should closely mimic that of the C-X17 concept, created in-house by design boss Ian Callum.

The F-Pace will go on sale in early 2016 and will be built in Jaguar’s new Solihull plant.