Elena Luchian, January 24, 2022
2.21K 0
Home Tuners It Seems Next to Impossible To Sell This Mercedes-Benz S 600 Lorinser That Belonged to Michael Jordan

It seems next to impossible to sell a Mercedes-Benz S 600 Lorinser that belonged to one of the world’s greatest athletes. Legendary basketball player Michael Jordan drove this car in the 1990s. Various dealers have been trying to sell it for two years.

Now the Mercedes-Benz S 600 is wasting its seniority at the Beverly Hills Car Club in California. And despite the fact that it might be a collectible, the dealer can’t manage to sell it. 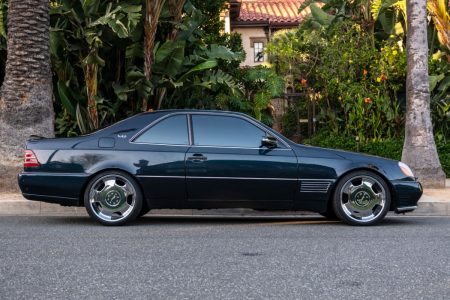 With 15 seasons in the NBA and six championships with the Chicago Bulls, plus “The Greatest Basketball Player of the 20th Century” title, you might expect Michael Jordan’s name to attract like a magnet. But not in this case. What the dealer calls a “phenomenal opportunity” could be a financial black hole for the future owner. Almost two years ago, when it was first listed, the car had not been serviced for 10 years. Now just the number of these years has grown, with no servicing whatsoever.

Michael Jordan and his then-wife Juanita bought the car in the last 1990s, with both signing the title. It may have been innovative and elegant at that time. But now it’s got the normal wear-and-tear traces all over the metallic navy deep blue body and the grey leather interior. As precious as it may be for those in search of Jordan memorabilia, nobody actually wanted to take it home. 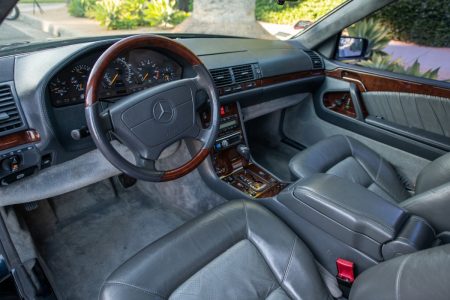 The 6.0-liter V12-powered Mercedes was first listed in August 2020 with the bid starting at 23. If you don’t know what 23 is, then this car is surely not for you. Later on, it showed up on eBay and then on Bring a Trailer. Someone wanted it, but failed to raise enough money for the final bid. So here it is today, once again for sale, this time for $135,000. Fourth time lucky? Or is it fifth?