We already know the AMG 45 designation from the previous A and CLA, but for the first time there is now also an S version! So, for each of the vehicles, two variations are available on the program: the “standard” model 45 with 387 hp and the top model baptized 45 S. In some European countries, only the latter will be available on the market.

Under the hood we find Mercedes’ new four-cylinder turbo 2.0-liter engine. Named M 139, it replaces the old M 133. It has a two-stage turbocharger, direct injection and weighs 160.5 kg.  The base Mercedes-AMG 45 flavors of the A-Class and CLA develop 387 hp and 480 Nm, being slightly more powerful than the 381 hp Mercedes-AMG 45 versions of previous generations. 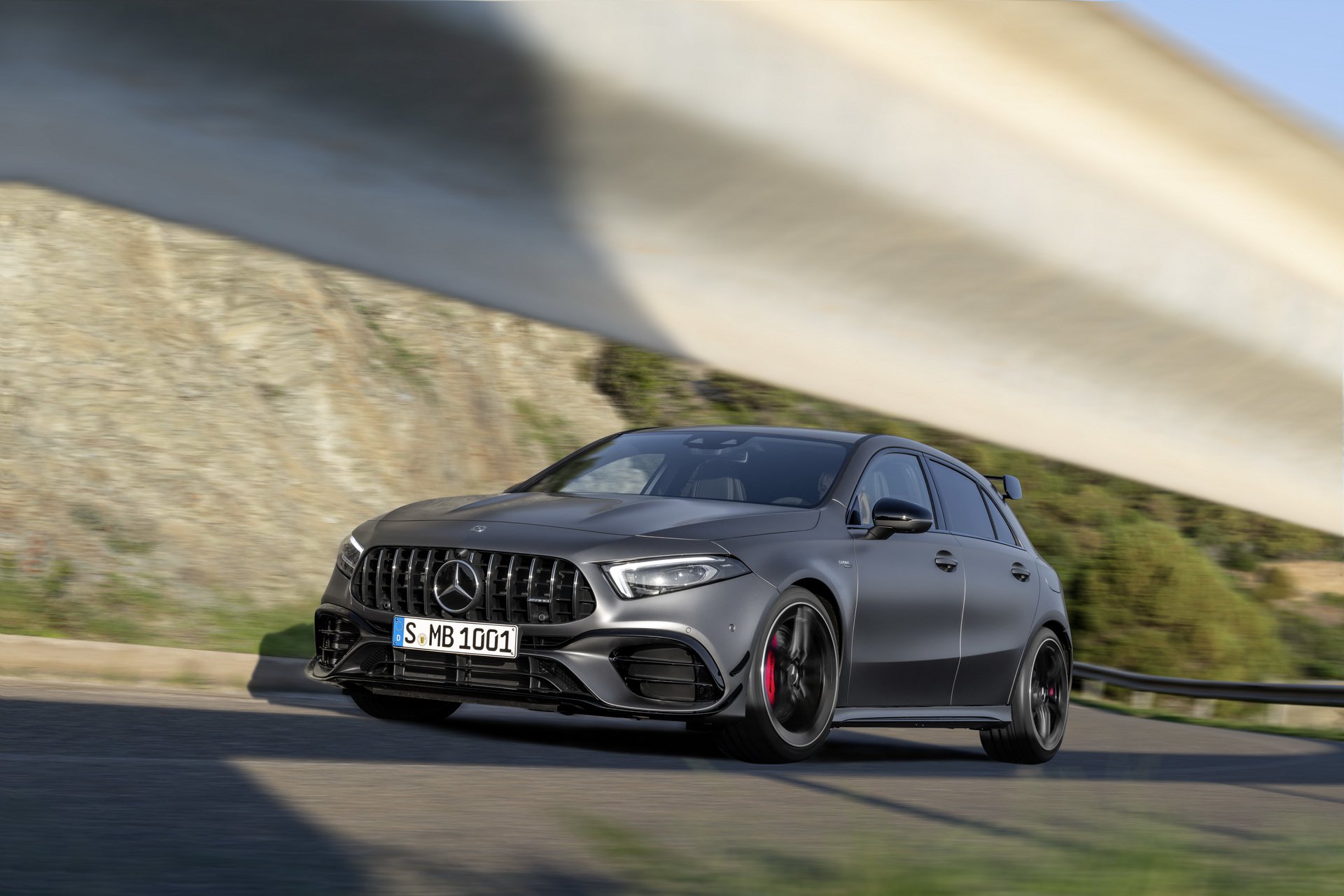 In all new Mercedes-AMG 45 versions, the engine is linked to an AMG Speedshift 8 automatic transmission with double clutch that distributes the power to all four wheels via the fully variable 4MATIC + drive. The A 45 is capable of shooting in 4 seconds to a speed of 100 km / h. Its top speed is 250 km / h. The CLA 45 needs 4.1 seconds for the same sprint and has the same top speed.

Is 387 hp not sufficient? No problem. Mercedes-AMG adds a 45 S version to the delivery lists of the A-Class and CLA. These variants also have the turbo 2.0-liter engine under the hood, but in this S variant it delivers 421 hp and 500 Nm. The Mercedes-AMG A 45 S sprints to a speed of 100 km / h in 3.9 seconds and stops accelerating at 270 km / h. The CLA 45 S needs 4 seconds and has the same top speed. With the optional AMG Driver’s Package, the top speed of the regular 45 versions can also be increased to 270 km / h. As standard, all models have a Race Start function that allows maximum acceleration from a standstill. Of course you can also drive in the Comfort and Eco modes. 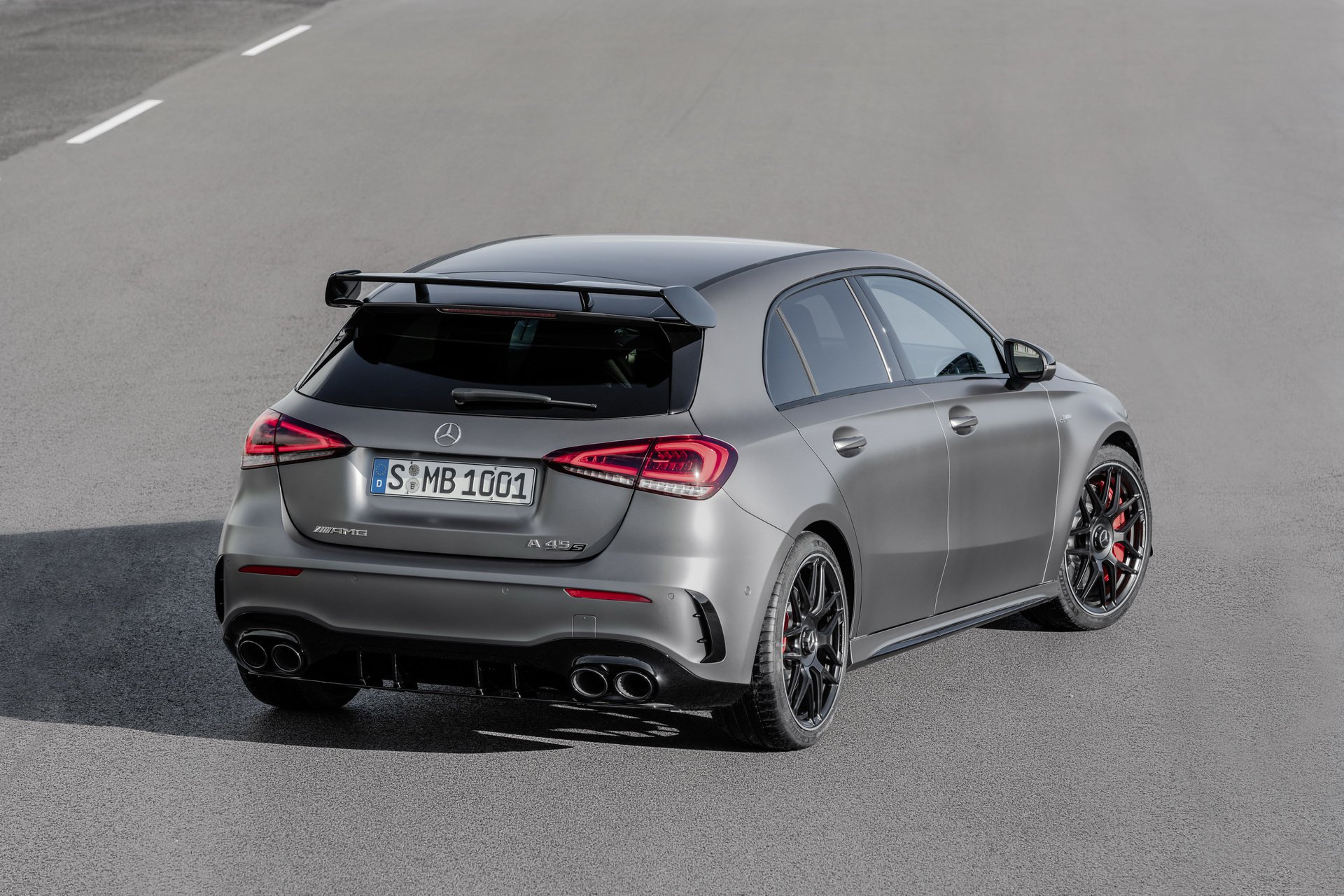 Drift mode
Mercedes-AMG announces a new rear differential, a heavily tuned chassis, a high-performance braking system, six driving modes ( “Slippery”, “Comfort”, “Sport”, “Sport +”, “Individual” and “Race”) as well as an exhaust system equipped as standard with an active flap that allows to modulate the sound of the engine.

The icing on the cake is the mode called Drift. Mercedes-AMG equips the 45 S flavors as standard with this program that directs the power to the rear wheels and makes it possible to drift easily. This system is optional for the regular 45 variants. Mercedes-AMG has strengthened the bodywork, among other things by screwing an aluminum plate under the engine. Additional other reinforcement plates and diagonally placed bars on both front and rear should further increase the rigidity. The exhaust system is equipped with valves with which the degree of noise can be adjusted. Also available are a data logger for use on circuit (AMG Track Pace) and a function “Race-Start” which guarantees a startling acceleration stopped. 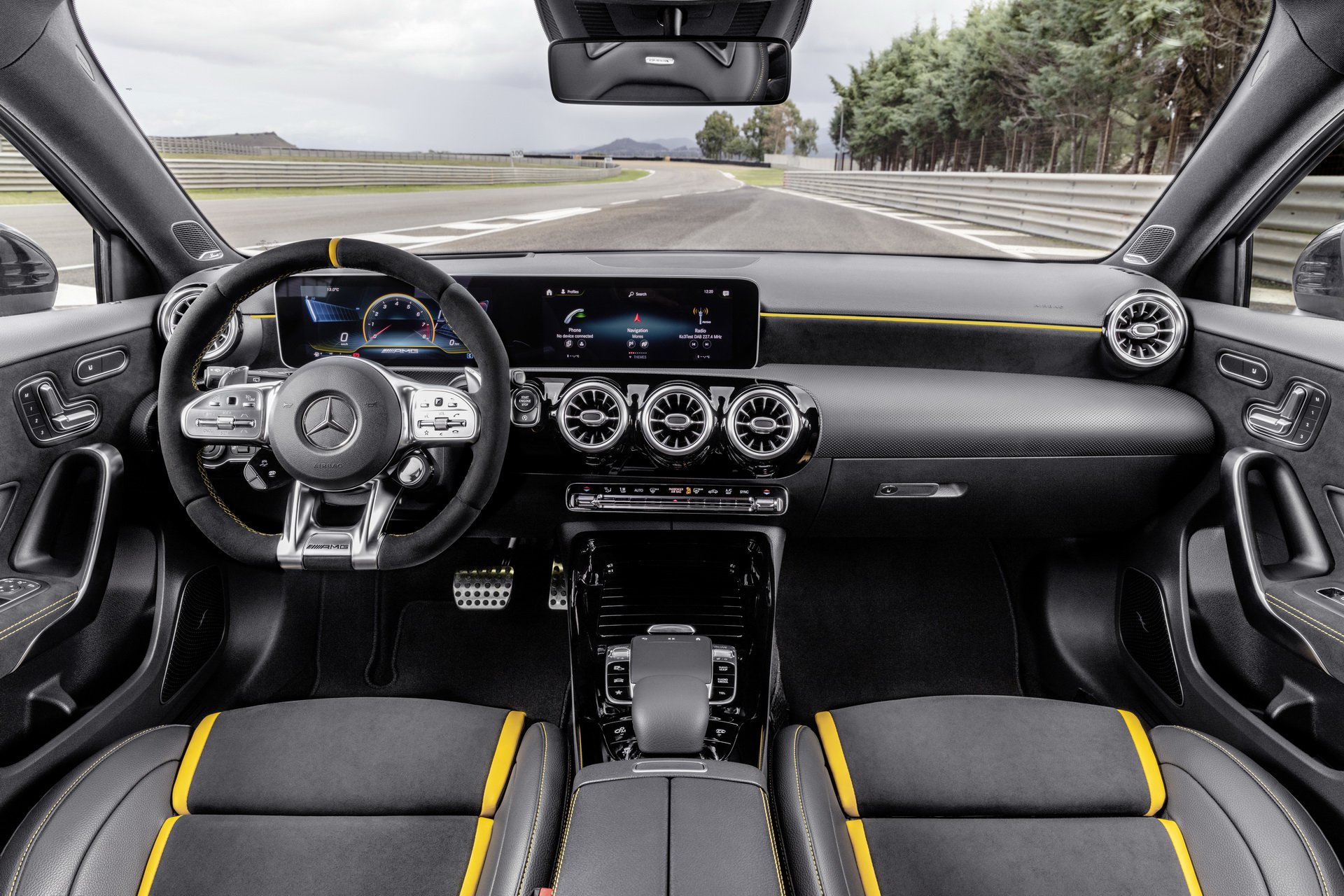 A big bad look for the A 45 S
Design-wise, the Mercedes-AMG A 45 and CLA 45 can be recognized by the spoilers and the wide Panamericana style grille with twelve vertical slats, the air inlets cut in the gaping wings, the enlarged front fenders and a bonnet with so-called power domes: it’s all there! The wheel arches of the CLA 45 are widened less vigorously because they were, in principle, wider than those of the A-Class.

If you order the Silver chrome package, you get a series of accents that – you guessed it – are made of silver chrome. If you order the AMG Night package, these elements are glossy black. The Mercedes-AMG 45 variants ride as standard on 18-inch ten-spoke alloy. The S versions feature 19-inch light alloys. With the S-variants, the brakes can be recognized by the red claws, with the base 45s the claws are gray. On the back we see two round double exhaust end pieces, although the ones of the 45 S with a diameter of 9 centimeters are larger than those of the regular AMG 45 (8.2 centimeters).

Inside, the model features specific yellow stitching, sports seats, an AMG Performance steering wheel with a yellow mark at the bottom and brushed stainless steel sport pedals. There is also a digital instrument cluster with three different types of AMG display modes and the now traditional voice-activated MBUX infotainment system. 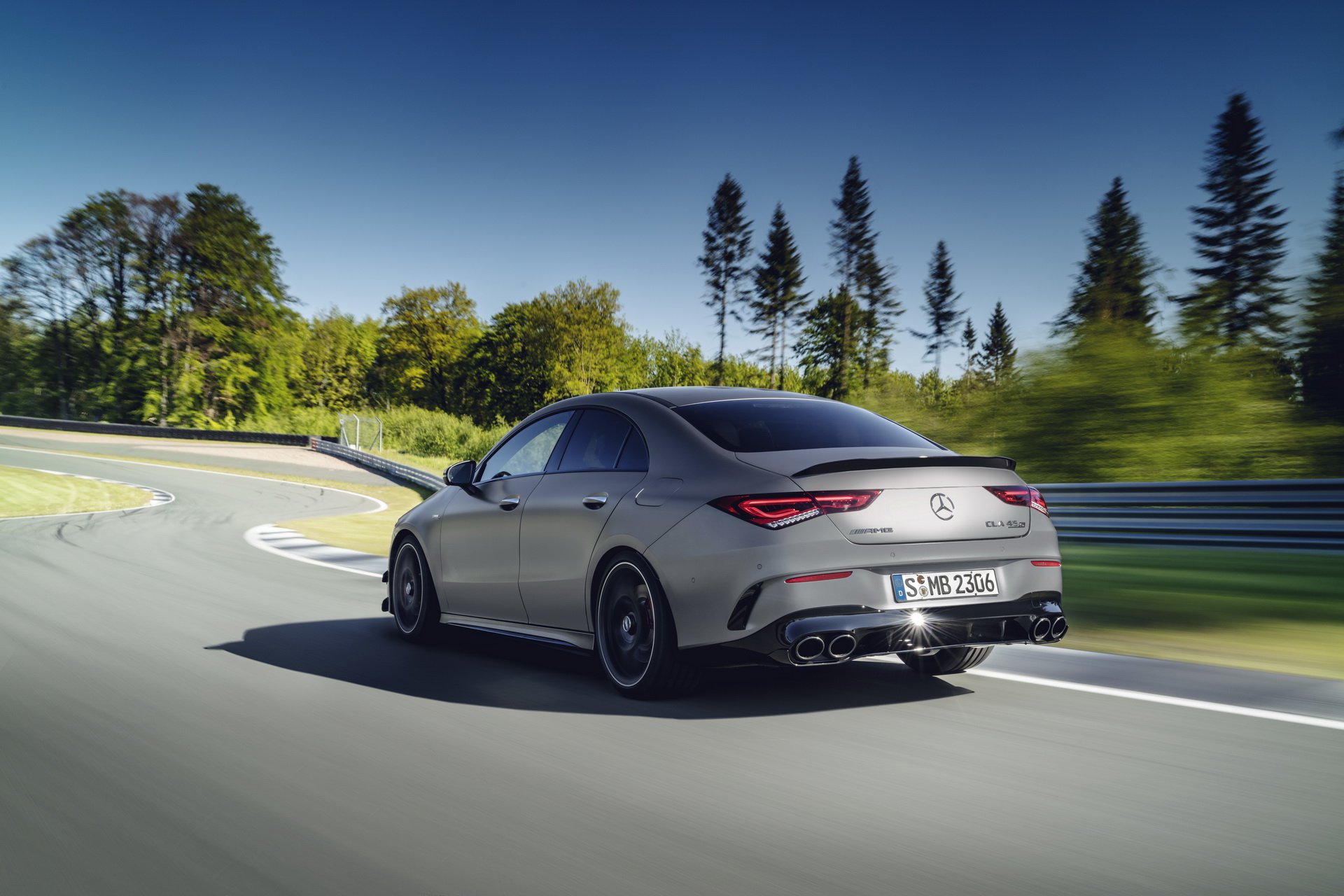