It can’t get any pinker than that: the pink G-Class

The Cameroonian-Nigerian singer, model and actress Dencia is proud to show her brand new Mercedes-Benz G-Class. But wait, we did not get to the bottom of it. Her G-wagon is pink!

Dencia proudly shares the photos of her pinkish boxy G and she does it with a sense of humour: “Even my cars get plastic surgery”, says the one who is known as a combination of Lady Gaga and Nicki Minaj and for changing the looks of various parts of her face and body.

The skin bleaching expert has quite a Barbie garage. The 2015 Mercedes G-Class is not her only pink ride. The extravagant artist also has a 2014 pink Range Rover. 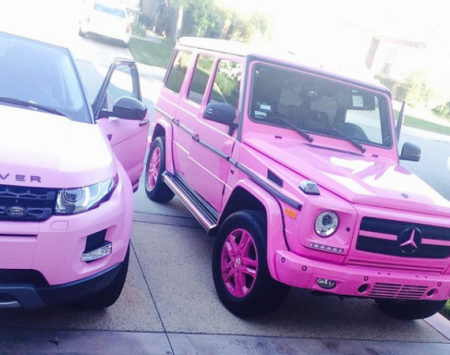 She paid slightly over $115 000 for her G-Class that used to be completely black. Now she bleached it – no skin care products here though – to make it a bright shade of pink. She got the G-Class soon after being involved in a car accident. She is quite a reckless driver. She told investigators she was lost in thoughts and lost control of her car, when she slammed into an obstacle. 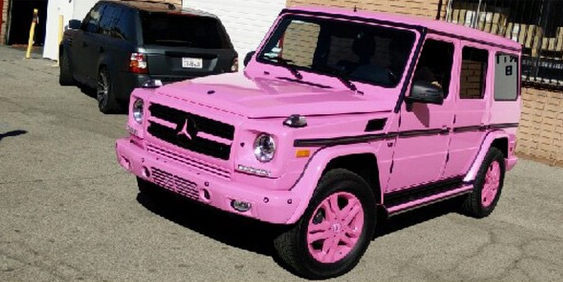 Dencia has got a tormenting background. By the age of 16, she found out in shock that her parents are actually her grandparents and her older sister is actually none other than her very own mother. 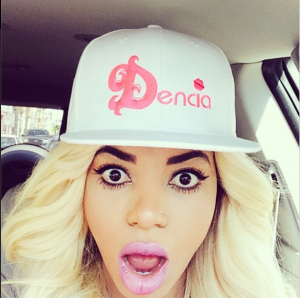 At the age of 13, she had undergone two throat surgeries and a nose intervention for medical reasons.

She moved to Hollywood in 2008, got a fashion degree and started recording her first album in 2011. She is widely known for her hits “Beri Beri” and “Super Girl”. And she is controversial as is famous. After various Afro-American stars accused her of promoting skin bleaching products, she fought back saying that the Barbados-born Rihanna, America’s sweetheart Beyonce and Academy Award winner Lupita Nyong’o have already got their skin lighter. Well, no matter the original colour of their skin, thank heavens the current one is not pink!

If you think this might be the only pink Mercedes-Benz in the world, you are terribly wrong! Check out other Mercedes-Benz pink cars right here!