Is this the one? The Mercedes-Benz A-Class Sedan rolling off the assembly line

Elena Luchian, April 18, 2018
2.49K 0
Home Mercedes Benz A-Class Is this the one? The Mercedes-Benz A-Class Sedan rolling off the assembly line

Mercedes-Benz has confirmed the presence of the future A-Class Sedan at the Beijing Motor Show at the end of this month. Now the premium car maker is showing the future compact sedan. The new photos reveal the chassis of the model that is to be built.

The A-Class Sedan shows up in three photos, three snaps caught at the Kecksemet plant in Hungary, where the A-Class hatchback, the four-door coupe CLA, the CLA Shooting Brake ant the B-Class are already being built. The images leave no trace of doubt, since the chassis is nowhere near those of the other models produced in Hungary. To confirm the differences, the photos that display the rear end of the car shows that the taillights holes feature a totally different shape of those of the only model that may come anywhere near the A-Class Sedan, the CLA. 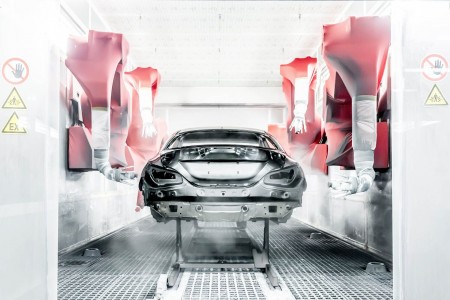 Mercedes released these photos in a gallery made public recentl, but apparently, the imagines of the future model were unintentionally dropped there. Their presence is ever more surprising since the Mercedes-Benz A-Class Sedan shall be presented by the end of the month, at the Beijing Motor Show. the images of the prototype caught testing until this moment only confirm the shapes appearing in the new photographs. 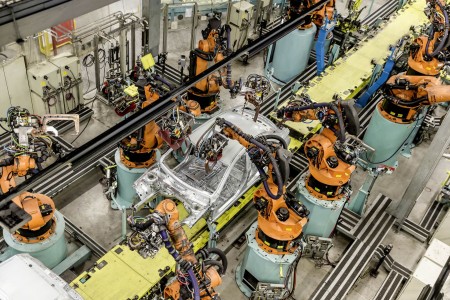 The A-Class Sedan is reserved for the Chinese and the American markets, while Euorpe is unlikely to ever get a live glimpse of the model. Mercedes is also bringing the extended-wheelbase version of the C-Class sedan, made in China for China. There will also be on display the Maybach concept that should be nothing but the ultra-luxury version of the GLS SUV, designated the Vision Mercedes-Maybach Ultimate Luxury.