Famous tennis player Ion Tiriac bought two units of the 300 limited serie Mercedes-Maybach S 650 Cabriolet, one for his museum Tiriac Collection and one for driving.

The Mercedes-Maybach S 650 Cabriolet is based on the open-top S-Class and Mercedes will build only 300 units. Two of them were bought by the famous tennis player and business man Ion Tiriac, one for his own museum named Tiriac Collection and one for driving. 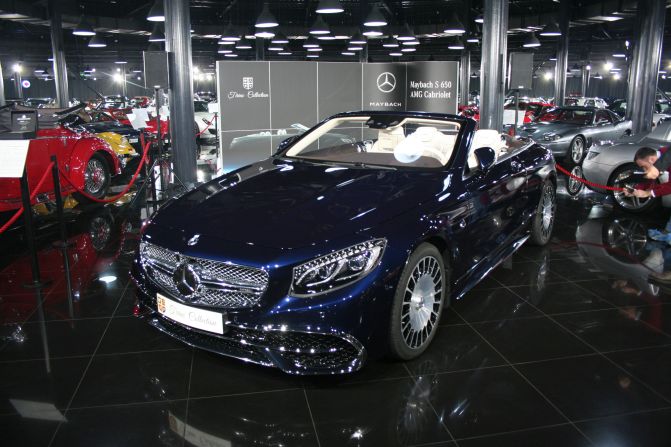 The car shown in the gallery is personalized with the expression “Tiriac Collection” stiched on the front of the all four head restraints. Other details include deep-pile floor mats, chrome plated “1 of 300” lettering on the cup holder and the steering wheel which features Maybach logo. 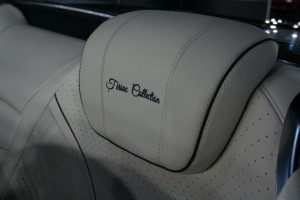 Each Mercedes-Maybach Cabriolet is delivered with a special welcome pack which include a certificate signed by Dr. Dieter Zetsche, chairman of Daimler AG. The standard equipment comprises  “THE AFFINITY” set which consists of two large travel bags as well as two lifestyle bags made of original vehicle leather. You can see the lifestyle bags in our exclusive photo.

The Mercedes-Maybach S 650 Cabriolet features a new front bumper with upgraded lower section, many chrome highlights, the Maybach logo on the vehicle’s  wing and the exclusive 20-inch Maybach forged wheels in a bichromatic finish. 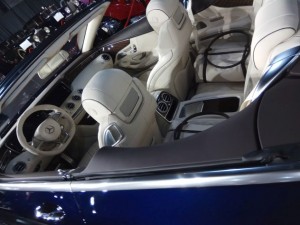 All the extras from the S-Class Cabrio are part of the standard equipment on the Mercedes-Maybach including AirCap, AirScarf, and Swarowski headlamps.

Read all the details on the Mercedes-Maybach S 650 Cabriolet right here: