The Brabus stand looks like a powerhouse at the Geneva Motor Show 2016. Thousands of horse power in the house, with the Mercedes G63 850 Widestar taking the average up, with its heavily upgraded 6.0-liter V8 biturbo.

Actually the standard version would shelter a 5.5-liter unit under the hood, but Brabus just had to work its magic on it. Eight forged pistons with a 99-milimeter diameter, a precision-balanced billet crankshaft with a 96-milimeter stroke, larger turbochargers and a massively modified exhaust system with the twin pipes relocated onto the left side, take the Mercedes SUV all the way to 850 HP.

The peak torque of the Mercedes G63 850 Widestar was raised to 1,450 Nm, going to all the four forged wheels bearing the glitzy name of “PLATINUM EDITION” Monoblock Y. The Mercedes boxy giant might seem heavy as a whale, but it actually sprints from a standstill to 100 km/h in 4 seconds sharp. The show-stopper head-turner breath-taking SUV comes with an electronically limited top speed of 260 km/h (162 mph). More than enough for the buffalo, we’d dare say. 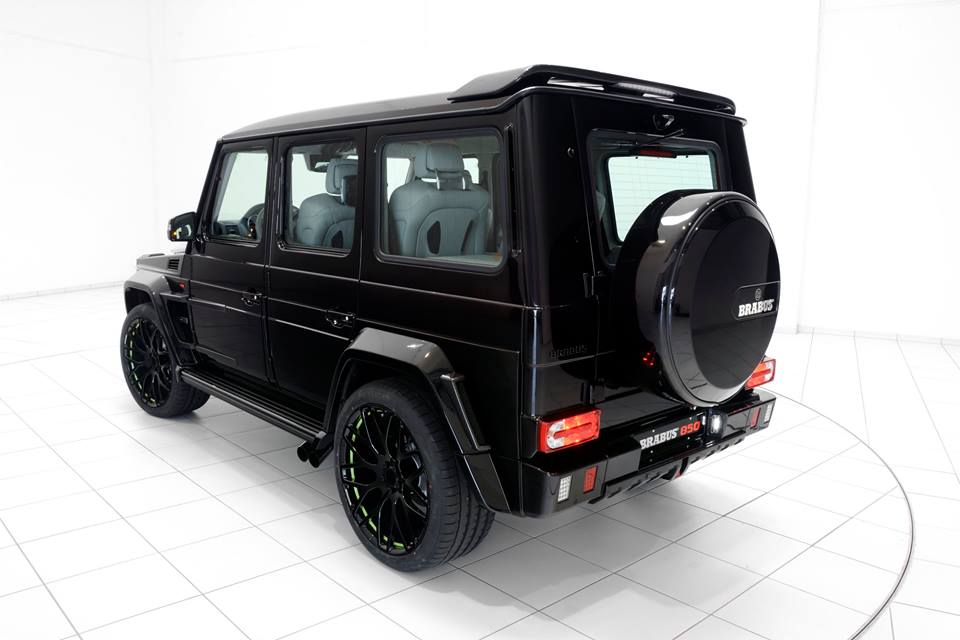 And if you should say it was love at first sight, before you got to know all these figures about it, we will take it for granted. Aggressive bumpers, a redesigned hood and flared fenders in carbon fiber, plus the plush interior might have something to do with it, don’t they? 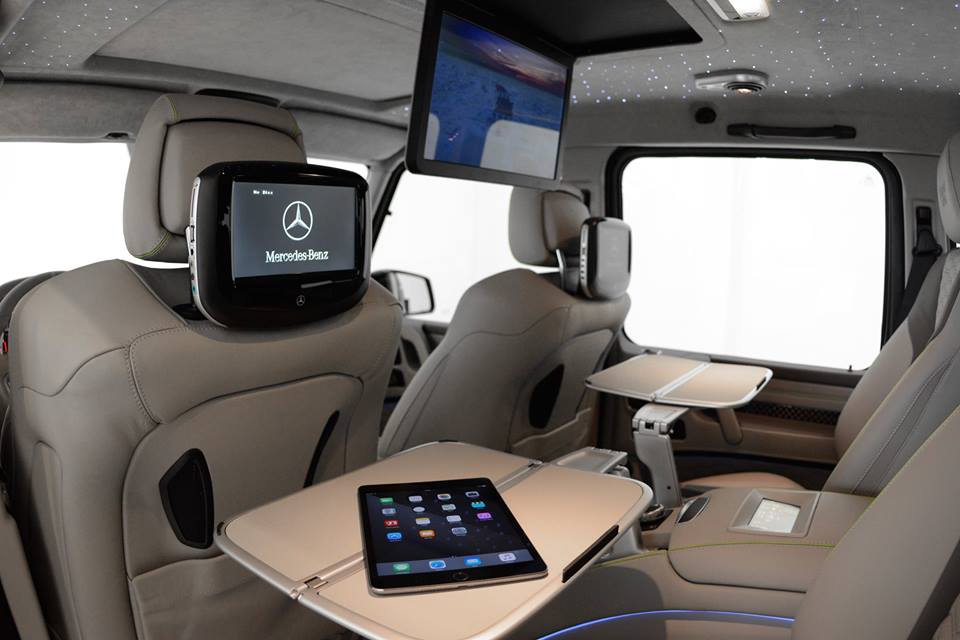 Inside the Brabus Mercedes G63 850 Widestar, the tuning house must have hesitated between a night club and an office-like accommodation. LEDs on the roof, a big-sized monitor dropping from it, together with tablet displays fitted in the headrests would probably keep the occupants away from using those folding tables too often. The rear side is equipped with controls in the center console.