At times, you might be tempted to believe that the premium segment is a three horse race and all of them… uhm, speak German. But it’s not just BMW, Audi and Mercedes-Benz who are in it, but also some pretty good efforts from Japan and the USA.

This is the Infiniti Q60 and, for the time being, we still have to throw the word “concept” next to its name, even though what you see is most likely what you will (very soon) get. And you have to admit you’re pretty excited about what you’re getting, aren’t you?

I mean, you buy European for quality and performances. You buy American for that brawlish, in your face attitude. And then you buy Japanese because, frankly, there’s nothing else quite like their cars.

This Q60 is technically the coupe version of the Q50 sedan and, that being said, it’s no wonder it looks this good since the starting car wasn’t exactly a sore for the eyes either.

If you look hard enough, you can find some similarities with different European models, including some Benzes, but the Q60 is definitely Japanese. It’s pure Manga, that’s what it is. 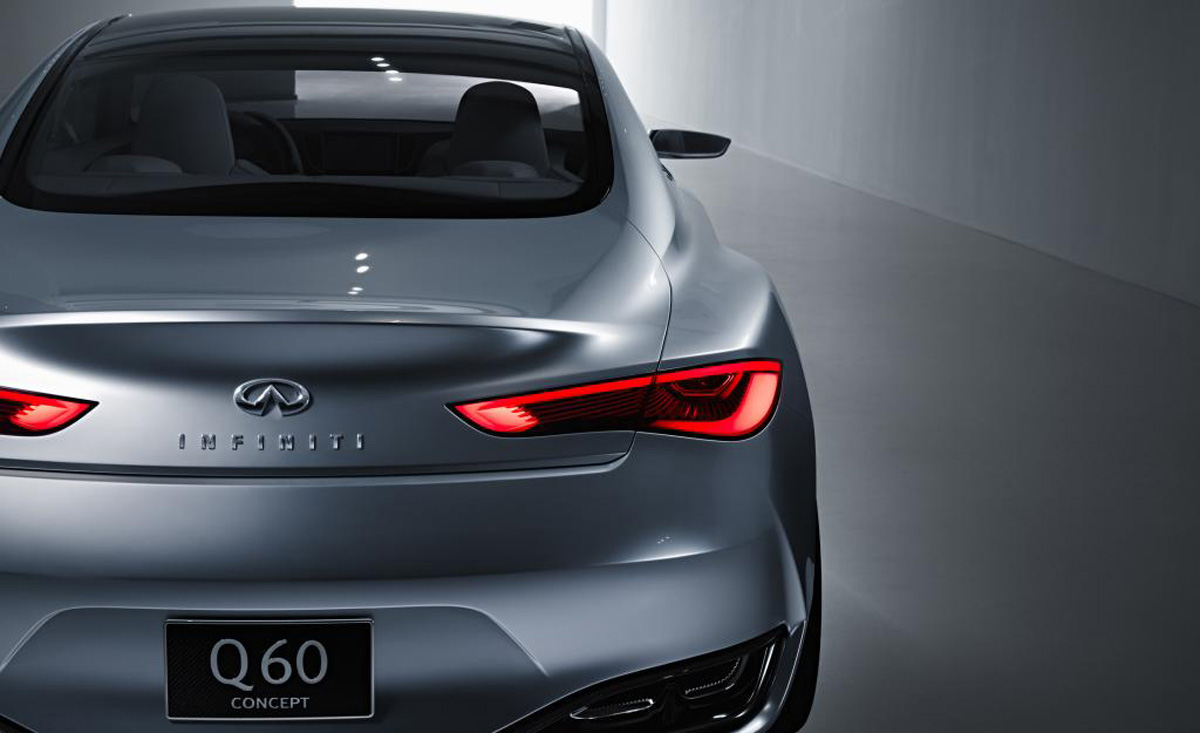 We might get a little toned down end product when Infiniti will show the final production model next week at NAIAS (North American International Auto Show), in Detroit, but I’m sure it will still look the par. They can change a crest here and an exhaust pipe there, but the whole spirit of the car should not be affected.

There are no official comments on what we should expect to find under the Q60’s bonnet, but since it’s a very similar bonnet to that of the Q50 sedan, it’s safe to assume it will be a case of “more of the same”.

Stay tuned for more information as soon as it becomes available.