“I just could not take the pressure!” Nico Rosberg retires after first and last World Title

Nico Rosberg blames the pressure for his ground-shaking decision to say farewell to Formula 1. He has just won the World Championship and now takes an unprecedented step: leaving Formula 1 behind him at 31 years old, just 5 days after having been crowned the fastest man on Earth on four wheels. The world title remains his first and last.

Nico Rosberg showed up in front of the media in Toto Wolff’s hometown, Vienna. Jean Todt, the FIA President, and the Mercedes AMG PETRONAS, were with him.

“Ever since I started when I was six years old, I had a very clear dream: becoming a Formula 1 World Champion. For the past year, I pushed like crazy. I decided to follow my heart and my heart has told me to stop there, to call it a day”, are the words he began the press conference with.

Nico says his wife is very excited, because she is getting her husband back and his 1-year old daughter is finally getting her father home. The champion’s mother is also extremely happy about the decision, as she has never watched a single Formula 1 race in her life! The German tells that after the race in Suzuka, he started to think that if he made his childhood dream come true, he was going to step out. 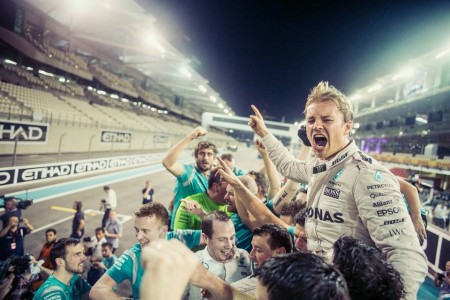 “I will miss the winning the most”, Nico says, who got the World Championship 34 years after his father. The German rules out any chance of ever making a comeback.

After 25 years of racing, Nico Rosberg is already getting job proposals off the racetrack: the FIA President wants him involved in road safety campaigns, while Mercedes is trying to keep him on the team.

Toto Wolff was the second man to find out about Nico’s plan and says he did not make any attempt to change his mind: “He knows exactly what he is doing, he is in control of this. There was no doubt that this is the decision and this is it.”