So heartbreaking and gut-wrenching to total a Mercedes-Benz SLS AMG. And yet, it happened. Turkish comedian Tolga Cevik turned his Benz into a wreck on a night in Istanbul.

There are over 14 million people in Istanbul. The Turkish city was designated the most congested in the world and according to the study run by TomTom’s annual Traffic Index, the residents waste roughly 125 hours per year in traffic.

One might think there is no way drivers can reach high speeds in the transcontinental city stretching between the Sea of Marmara and the Black Sea. But at night, everything changes and the risk of potential accidents caused by people fed up with traffic jams skyrockets. 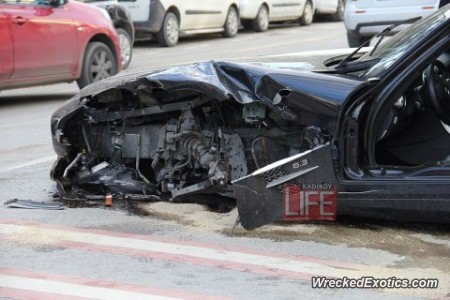 Excessive speed and reckless driving. That’s enough to send a supercar to the scrap yard. The driver, a local famous comedian Tolga Cevik, walked away unharmed, but we can’t say the same thing about his ego. Nor his car. All he could do was to gather up the pieces. Probably, he won’t be taking those home anymore.

And for sure, it won’t be that easy to find another SLS, since production stopped to make room for the lighter, less powerful and cheaper Mercedes-AMG GT. The SLS AMG came in two variants, a 2-door coupe and a 2-door roadster, with a soft top. 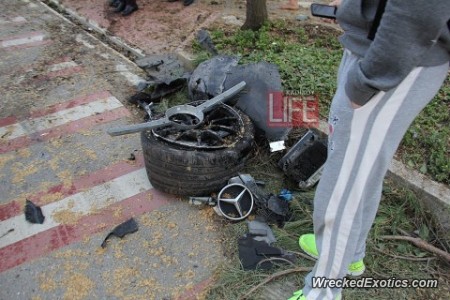