How does the CAMTRONIC innovative engine management work 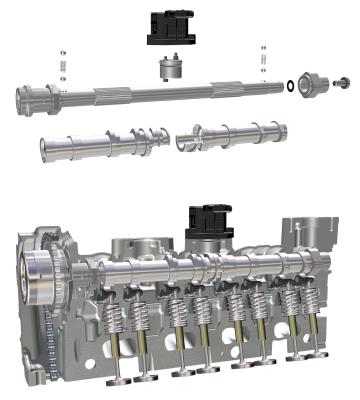 CAMTRONIC operates mechanically, but is served by an electronically controlled actuator. The intake camshaft is made up of several components: two hollowed-drilled sub- shafts of equal size are mounted on the carrier shaft.

The first sub shaft controls the intake valves of cylinders 1 and 2, and the second those of cylinders 3 and 4. The cams themselves take the form of a double-cam with two curved surfaces. 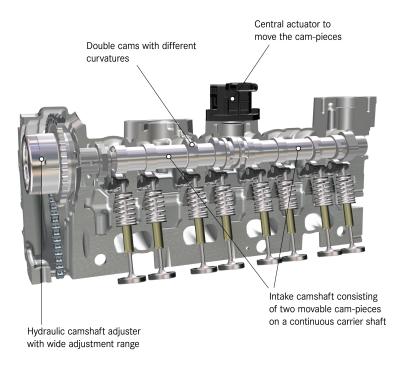 Mercedes-Benz equips its 1.6-liter variant of the M270 four-cylinder gasoline engine with the intake valve lift adjustment amongst others.