The flagship Mercedes-AMG E 63 is still a few months away. No need to wait for the Autumn, though. Here is your chance to see it in advance, courtesy of our spy photographers.

Top E-Class is said to offer as much as 600 HP, courtesy of its new 4.0-litre twin-turbocharged V8. Mercedes’ new hot sedan will be the first model set to inherit AMG’s state-of-the-art V8 in its highest tune, trumping both the C 63 and the AMG GT S in the process.

We have become more than familiar with the new E-Class by now. Hence, we do not expect any big surprises for the E 63: the ‘normal’ E shares so many design cues with the C and S-class that we can already guess the Mercedes-AMG E 63 will also resemble its brothers, wide, gaping lower air-intake included. Otherwise, not much differentiates the new Mercedes-AMG E 63 from its regular sibling, seen at the Detroit motor show this January: quad-tailpipes, carbon fiber decor and AMG wheels.

What we see for the first time in the new spy pics set is the T-Modell variant, bound to give the mighty Audi RS6 a run for its money. Styling modifications will be similar to the sedan. 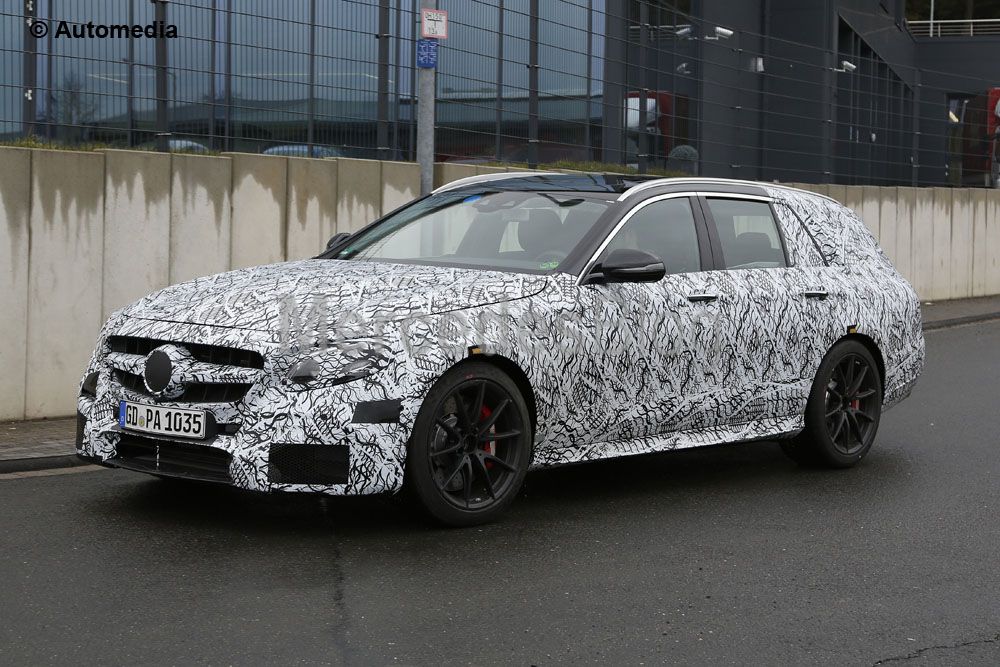 Said to be lighter and faster than its predecessor, the all-new E 63 will get Mercedes’ high-tech nine-speed gearbox, re-tuned for faster change times – in order to suit the AMG philosophy.

The official debut is set for this Autumn with the order books said to open before the Summer is over.