A Horse Without a Name

It looks like A Night at the Museum, doesn’t it? But it’s not the Hollywood actor Ben Stiller playing the night guard part. It is Uke, working for the Mercedes-Benz Museum in Stuttgart. And unfortunately he does not own a magic tablet to bring everything inside the museum to life. But join him anyway. You will see he will find a way!

Uke is the night guard and our tour guide in the Mercedes-Benz Museum in a series called “Museum Monday” that have just started. Why Monday? Because the museum is always closed on Monday, so we can run along the corridors of the building and of the car history and test everything there is inside. Even press the horn every once in a while.

In the first episode of the series, Uke is taking us inside the exhibition place to meet… a horse without a name. It is not the  early 70’s hit recorded by the “America” band, but the the horse statue inspired by the words spoken by Kaiser Wilhelm II in the 1900s: “I do believe in the horse. The automobile is no more than a transitory phenomenon.” At that time, he was not wrong. The horse was the main mean of transportation for the humanity for centuries. But what would the Emperor say now?

Then Uke takes us to meet three guys who invented the automobile basically at the same time: Karl Benz, Gottlieb Daimler and Wilhelm Mayach. How did you just pronounce Maybach? Uke is going to help you get it right.

Next, meet the first world’s automobiles: the 1886 Daimler and Maybach motorized carriage and the 1886 Karl Benz patent motor car. The inventors have never even talked to each other. 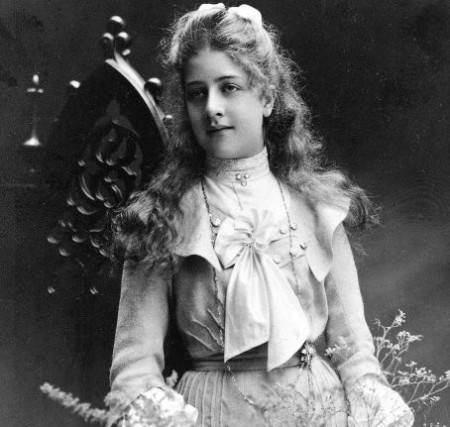 She is the reason why Mercedes is called Mercedes

Have you ever thought why Mercedes is called Mercedes? Fifteen years later after the first motor cars, in 1901, an automotive enthusiast and business man from Vienna, by the name of Emil Jellinek, was going to change history forever. He urged Daimler and Maybach to design a performance car for him only, that he would later name after his own daughter, Mercedes Jellinek.

The automobile had an astonishing power at that time: 40 horsepower. The horse without a name in the hallway of the Mercedes-Benz Museum in Stuttgart already knows the story.

Unfortunately, the beautiful Mercedes (the picture will only confirm her beauty) has never learned how to drive herself. She died from bone cancer, at the age of 39.