Mercedes SL, synonymous with performance and wind-in-the-hair thrills packed in opulent luxury, gets new tech and fresh looks. We drive the updated roadster in SL 400 guise to find out if its rich ancestors’ legacy remains intact. Photo: Bogdan Paraschiv

2016 is dedicated to dream cars for Mercedes, whose launch schedule is a very busy one this year. No less than 10 all-new or heavily revised models will be unveiled before the end of 2016 with the facelifted SL taking a prominent role alongside the definitive star of the year, the all-new E-Class.

The front-end is all-new with the SL now wearing the trademark diamond grille, two extra power domes on the hood and standard LED Intelligent headlights which are narrower and closer to the starry emblem. Also, the refreshed car gets larger air intakes, wider fenders and exterior mirrors now mounted directly on the doors. At the rear, the changes are far more subtle. Again, the new Mercedes SL gets a new apron, clearly inspired by the design of the AMG GT. The LED tail-lights also receive new interior graphics and emit a more powerful light signature. 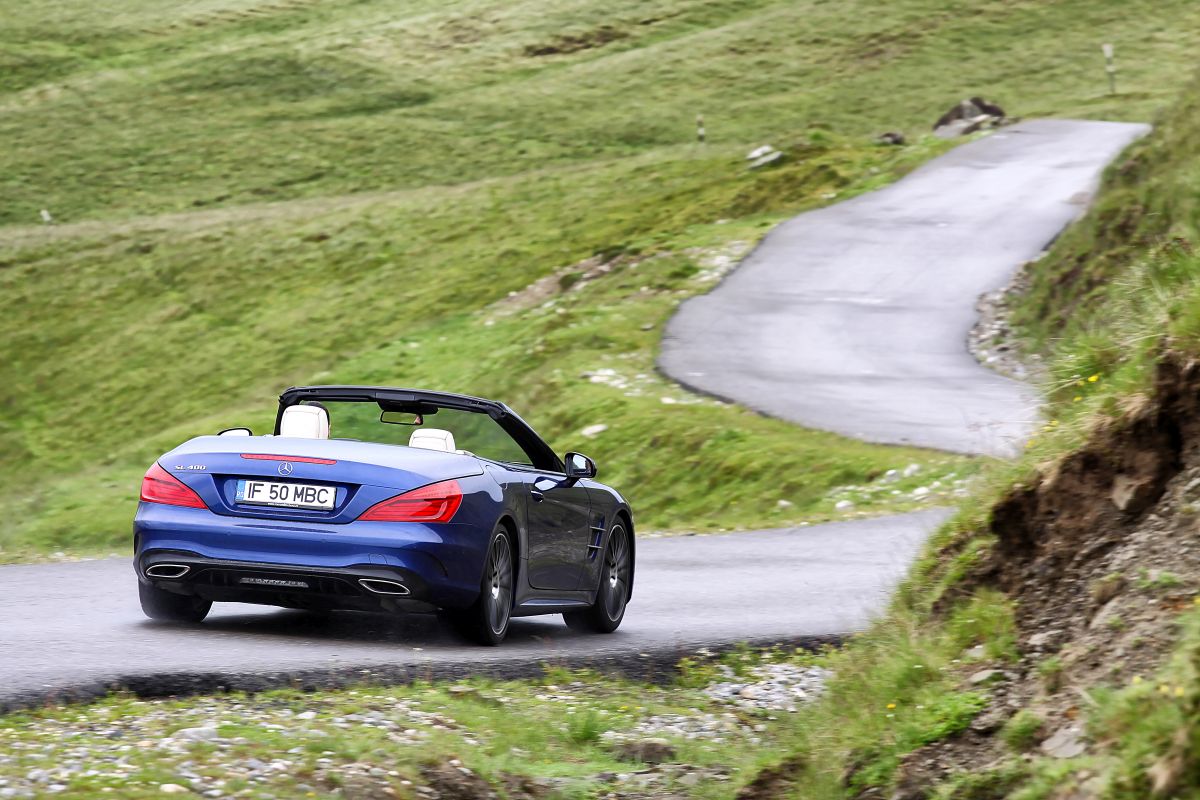 For the interior, Mercedes has prepared an onslaught of fresh gadgets, from the latest driver assistance systems to the upgraded infotainment solutions with Apple CarPlay support, optional internet connection and voice controls. The dials and pointers of the instrument cluster have been redrawn, while the center console now carries an optional analog clock and two standard USB ports. The media display can present dynamic driving data: longitudinal and lateral acceleration (in a G-force cross) or torque and output. In addition, the new steering wheel is flattened at the bottom. Interestingly enough, this steering wheel is available – taking into account the different surfaces and functional button combinations, in over 100 variants. 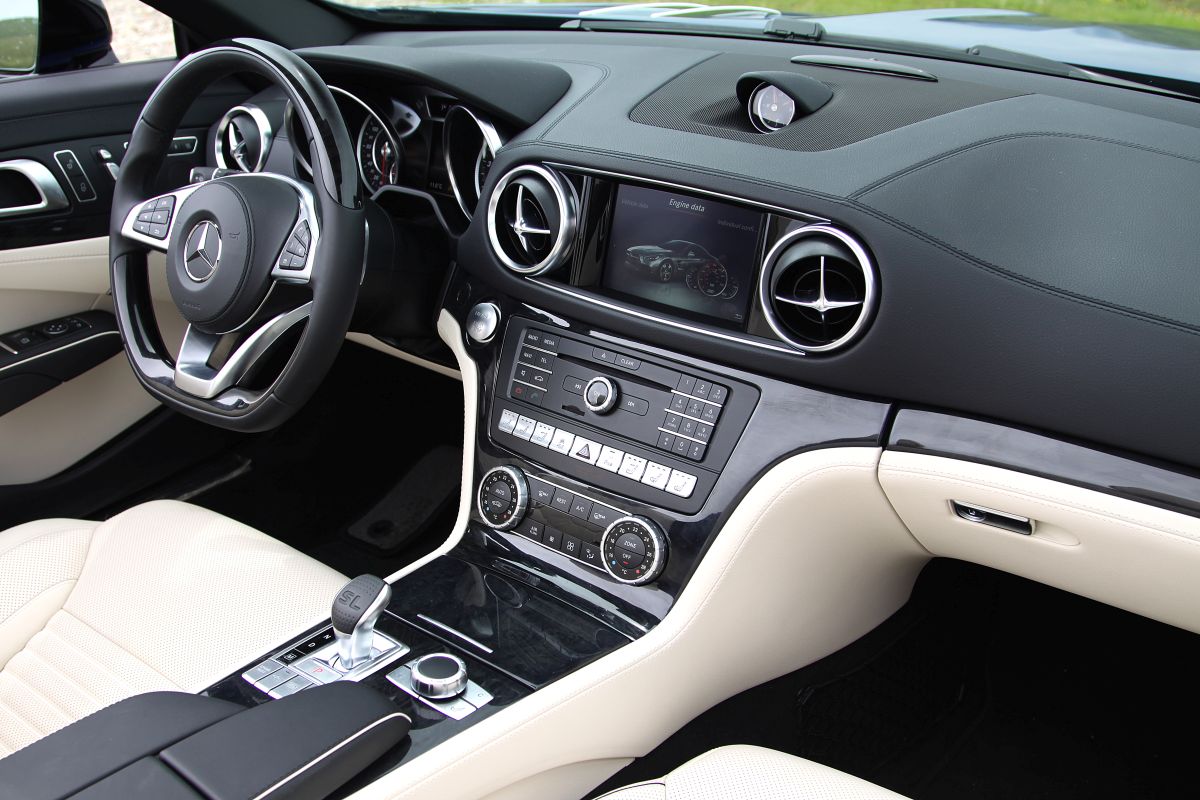 Another new feature is the “Driving Assistance package Plus” with stereo cameras. This includes Active Blind Spot Assist, Pre-Safe Plus, Distance Pilot DISTRONIC and Steering Pilot functions which assists the driver with maintaining a safe distance from the vehicle in front and staying in the centre of the lane. As standard the SL features Active Brake Assist system that carries out autonomous braking to reduce the danger of rear-end collisions. 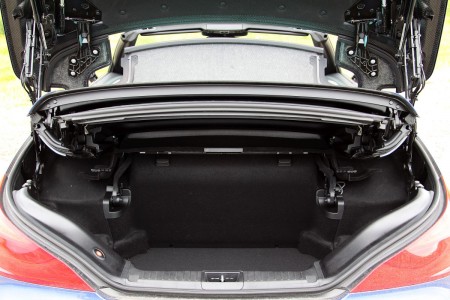 The driver no longer has to be put under pressure in busy traffic either, because the hardtop can now disappear in the trunk up to 40 km / h – the load cover closes automatically. The driving position is very comfortable and offers plenty of adjustment. Visibility is also surprisingly good whether the roof is up or down, however the electronically controlled wind deflector can obstruct the rear view when raised. In terms of practicality, the SL is very impressive for a two-seat roadster, while the 485-litre boot is wide and deep. When the roof is down, luggage space goes down to 345-litre, but for easier loading now the boot partition goes up by 25 degrees automatically when the tailgate is opened, so you can load and unload bigger items more easily.

With its convenient hard-top and Magic Sky panoramic roof, the electrically retractable wind deflector (595 euros) and warming air scarf (655 euros) the SL can make even a cold and windy day its own. Thanks to the Magic Sky function the panoramic Vario roof can change from a dark tint to transparent or vice versa in a matter of seconds. The light transmission of the expansive glass roof can be electronically adjusted at the touch of button. The glass section of the panoramic Vario roof comprises two separate panes enclosing a number of different films. Between each film there is an emulsion containing particles which react to electricity. When AC voltage is applied, the particles align themselves with the electrical field, allowing light to penetrate through the glass. Passengers can enjoy a clear view of the sky and a bright, welcoming interior atmosphere. When the current is off, the particles assume random positions, blocking most of the incoming light. The roof remains dark.

Engine-wise, the SL 400 facelift gets the new and strong three-liter V6 bi-turbo unit good for 367 hp, marking an increase of 35 hp over the old model. Not enough power for a dream car classic? Wrong. The engine pushes the 1.7 tons of the gorgeous two-seater with reasonable respect. The sound is also delicious: push the start button and the V6 erupts with a short barking, then crumbles into a barely noticeable idle and gradually subdues to a throaty rumble when accelerating – maybe a bit too offensive actually. Power is sent to the rear wheels only, and 0-62mph is achievable in 4.9 seconds. The addition of a new nine-speed automatic gearbox makes progress all the more effortless with smooth and accurate changes, and with 500Nm of torque available from only 2,000rpm, a jab at the throttle delivers a welcome surge of acceleration. 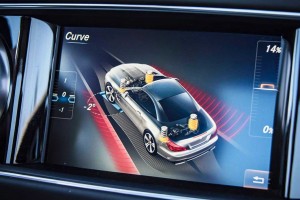 The test car came with the optional Active Body Control suspension which delivers a supremely supple and relaxed ride. ABC (3,510 euro) also comes with the new Curve Tilt function from Mercedes’ S-Class Coupe, leaning the car into bends to keep it flat, an opposite reaction to the active anti-roll bars known from BMW or Porsche. Curve tilting can be set via Dynamic Select (mode Curve) and applies a maximum of 2.65 degrees angle in the speed range from 15 to 180 km/h with the aid of onboard cameras to spot the upcoming corners, noticeably reducing the effects of lateral acceleration on the vehicle occupants. Basically, the Curve tilting function is able to actively raise the suspension springs on the outside of the curve and lower them on the inside. It is the same feeling that you get when driving a motorcycle in a bend, which means better comfort, as less lateral forces mean less sliding in the seats. Another neat feature is the automatically controlled ride height which can be lowered by 13 mm at high speeds or, conversely, be raised by 50 mm for tackling rougher road conditions. 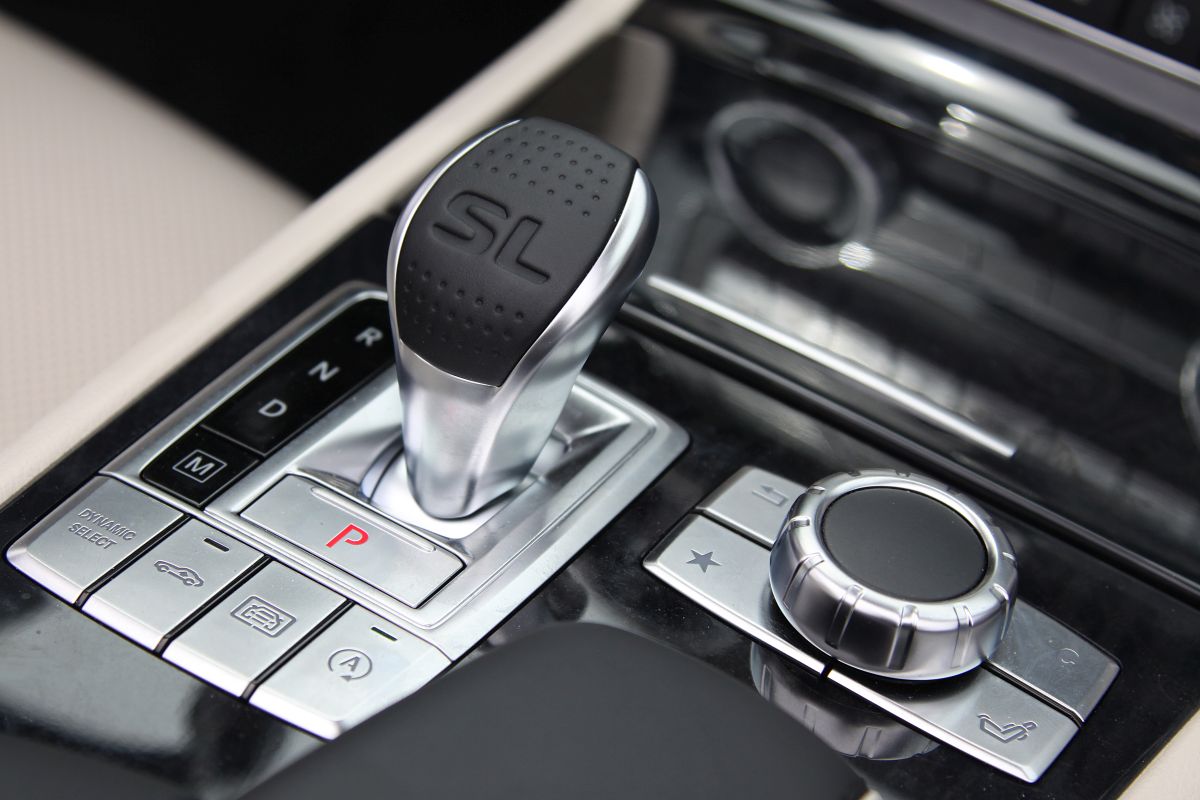 The Dynamic Select transmission modes, in conjunction with ABC suspension, has an additional mode Curve (CV), besides the Comfort (C), Sport (S), Sport Plus (S+) and Individual. In Comfort setting the SL is more refined and comfortable than a roadster has any right to be. Even with the roof down, engine and tyre noise is extremely well supressed. Select Sport mode and everything becomes more immediate. The V6 rumble is an ever present while steering weight increases and the responses of the throttle and gearbox sharpen. Sport+ is another level with more leeway in the stability control system as the SL powers out of corners but the ride becomes harsh on all but the smoothest surfaces. Dial the dynamic select control up to Sport mode and ask a little more of the SL, and the car does respond faithfully to fast direction changes, and will corner with a suitable degree of precision. 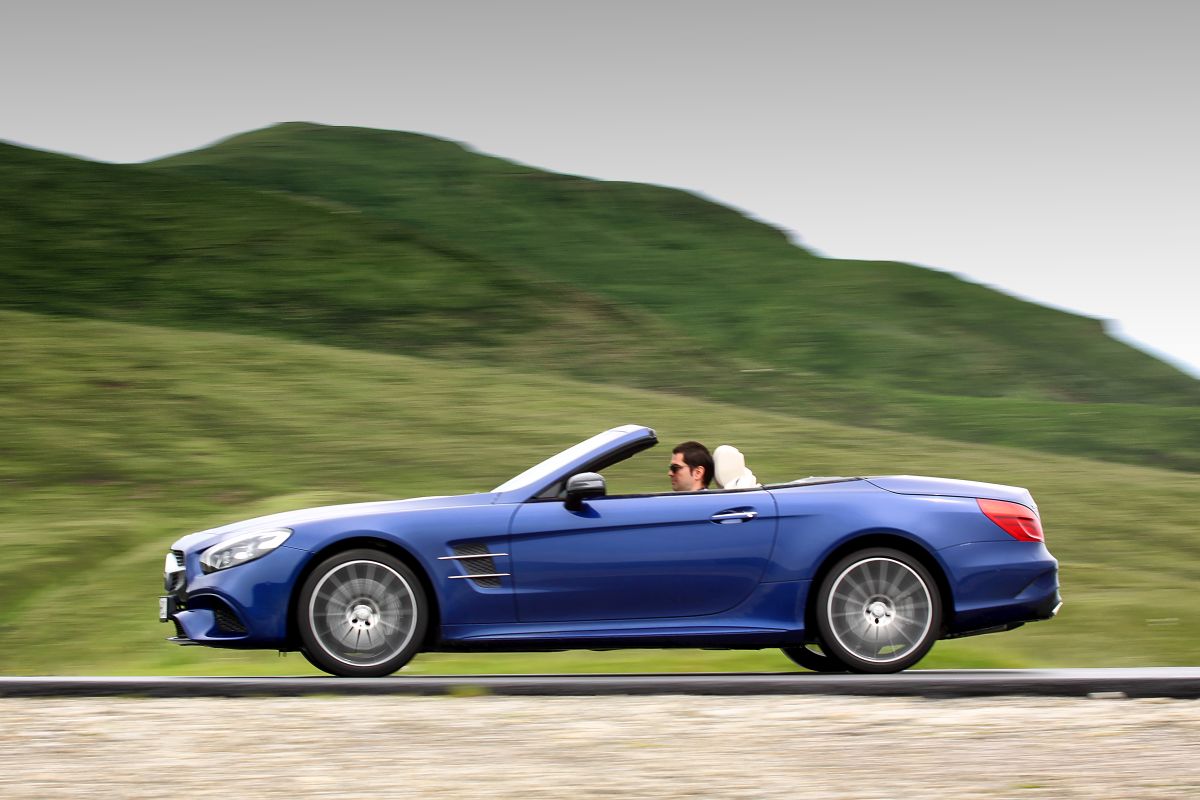 All these enhancements allow the SL 400 to reach pretty ballsy entry speeds through tight curves – up until the point the front wheels lose traction. The gearbox reacts promptly at switching commands via the steering column mounted paddles, superbly complementing the decided strong engine delivering brave performance. Yes, even the multi-adjustable, large-sized seats now offer enough lateral support – but despite all this joy, the SL remains a serious grand-tourer, ready to pamper its occupants under the bright sun of the East Coast or the glitzy Cote d’Azur.

Instilled with fresh looks and a brawny entry-level engine coupled to the all-new 9-speed 9G-Tronic transmission, the SL gets a new lease of life. Few cars at any price can match the breadth of talents you get in a Mercedes SL. The elegant roadster comes close to supercar levels of straight-line speed matched with the superb refinement and safety technology you’d expect from a luxury saloon. It treads the line between being a full-fat sports car and luxury GT cruiser but is able to play both parts convincingly. The SL perhaps doesn’t have the drama of a Porsche 911 Convertible but it sounds great, looks good and is surprinsingly practical considering its purpose.