History doesn’t lie. Mercedes single-handedly made Audi into what it is today, giving it’s arch-rival the tools to survive after World War II. What you probably didn’t know is that Daimler was in fact its parent company as well, back then. Weird, isn’t it?

Right after Germany’s defeat, the Auto Union family was in a dire situation with only one active nameplate, DKW. The Audi brand was dormant and so were its sisters, Horch and Wanderer. DKW played in the lower market segments, though, so the prospect of becoming profitable again was slim.

Something had to be done and Daimler-Benz, the then-parent company, had the brilliant idea to revert its plans of going down-market with a smaller model and instead use the project for an Audi badged car. Mercedes’ head of Advanced Passenger Car Development, Ludwig Kraus, was quickly despatched to Auto Union in Ingolstadt.

Since Mercedes was already contemplating the idea of catering once again for the mass-market, as it so successfully did before WW2, a few running prototypes were already completed in the early 60’s, among these the W118 and W119 sedan and coupe. 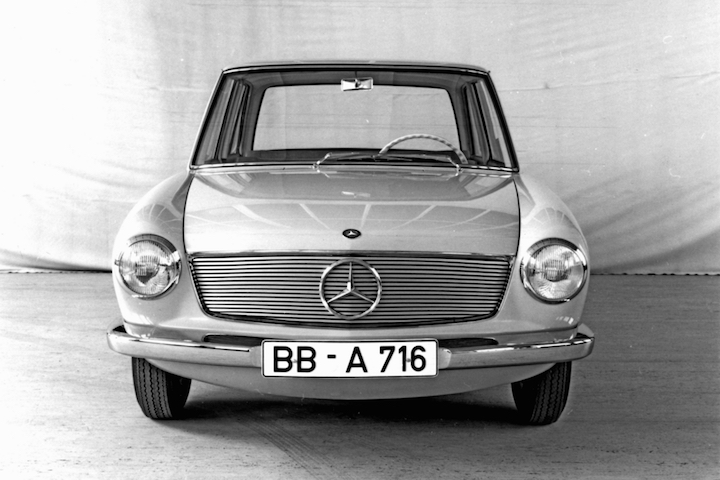 “With their SL face, low beltline, roof attachment clearance and rear design, the test vehicles produced were close to the Mercedes-Benz 230 SL (W113) in terms of style.” Sporting the look of the beloved Pagoda SL was definitely a good idea for a baby Benz, but would the same look suit a premium small sedan wearing the Audi famous four rings emblem?

A nip and tuck procedure brought the car back in line with what an Audi was expected to look like back in the era. The result was the 1963 DKW F102 sedan, an uncluttered three-box design with thin pillars and a large greenhouse.

The new high-compression 1.7-liter four-stroke engine codenamed M118 Mercedes was experimenting with was yet nowhere to be found, though with the old fashioned two-stroke engine damaging the sales. 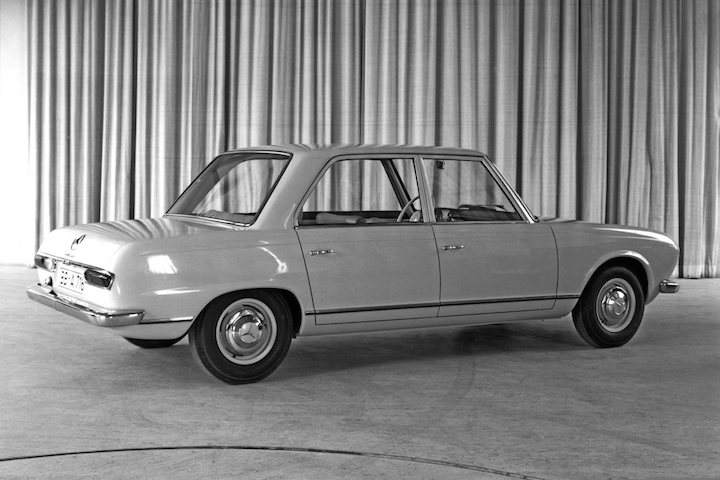 Slow sales meant the DKW F102 sealed Audi’s fate with Mercedes selling Auto Union to Volkswagen in 1964. But two key assets were also transfered to VW: the M118 engine project and its creator, Ludwig Kraus. The water-cooled motor was vastly different from the technology used by Volkswagen at the time.

One year later, VW launched the updated F103 featuring not only the modern high-compression (11.5:1) engine, but also the posh Audi badge, for the first-time since the War has ended. Even so, the car was basically still a car designed by Mercedes and powered by a Mercedes engine. 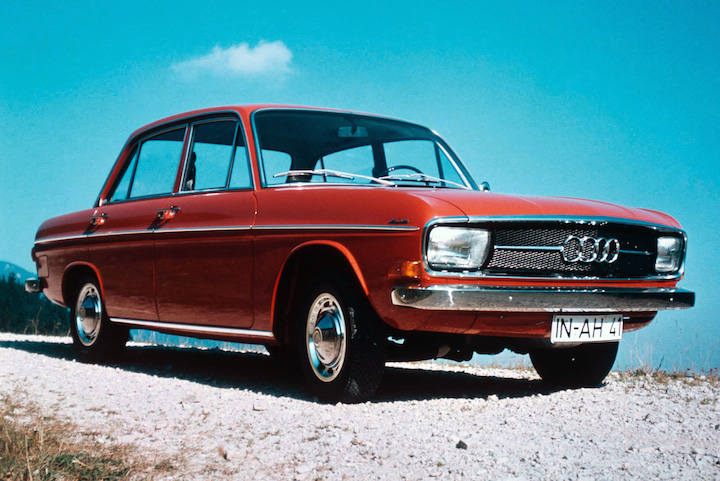 The package was so good that the engineering expertize behind it would gradualy help Audi expand the range into larger and more upscale market segments. Kraus became Chief Engineer at Auto Union and subsequently separated the Audi engineering arm from its parent company VW.

This is was the genius stroke that helped propell Audi into what it is today, helping the brand to differentiate itself from VW and climb to the premium status it enjoys today. And none of this would have been possible without Mercedes! Oh, the irony of history.