If your dream is to one day own the legendary Mercedes 190E 2.5-16 Evolution II, then you might be in luck. A pristine example is now heading the auction block in UK, on November 12.

Back in 1990 Daimler built only 502 copies of the Mercedes Benz 190 E 2.5-16 Evolution II. Two years later the beastly W 201 Evo II was already dominating the DTM championship, securing the legend status. Klaus Ludwig, Kurt Thiim and Bernd Schneider won with the race derivative of the road Evolution II a triple victory in the German Touring Car Championship. Those were the days. Production-based cars in touring car racing never looked better after.

The wide jaws. The huge rear spoiler. The Mercedes-Benz 190 E 2.5-16 Evolution II matured earlier than 1992. Two years before, the premium manufacturer presented the brave sedan at the Geneva Motor Show. Succeeding the first Evolution, it featured a performance-enhanced 2.5-liter short stroke 4-cylinder engine with 16-valve, 235 instead of 195 hp and 245 Nm of torque from 5,000 rpm. Top speed was 250 km/h, the acceleration from nil to 100 took was completed in 7,1 seconds sharp.

All of the 502 copies built by Mercedes were finished in Blue Black Metallic. One of these rare birds is now being auctioned by Silverstone Auctions early September, at the Classic Motor Show sale in Birmingham. The auction house expects a sale price of £100,000 to £115,000. The original price was DM 115,259.70 andwith air conditioning, 119,717.10 DM.

The Evolution II heading to the auction block is number 28 of 502. Its tag number is also engraved on the five-speed manual gearbox lever. Externally the Evo II seems to be in tip top shape, showing little more than 41,000 kilometers or 25.500 miles on its odometer. The four-cylinder menu definitely tastes excellent. 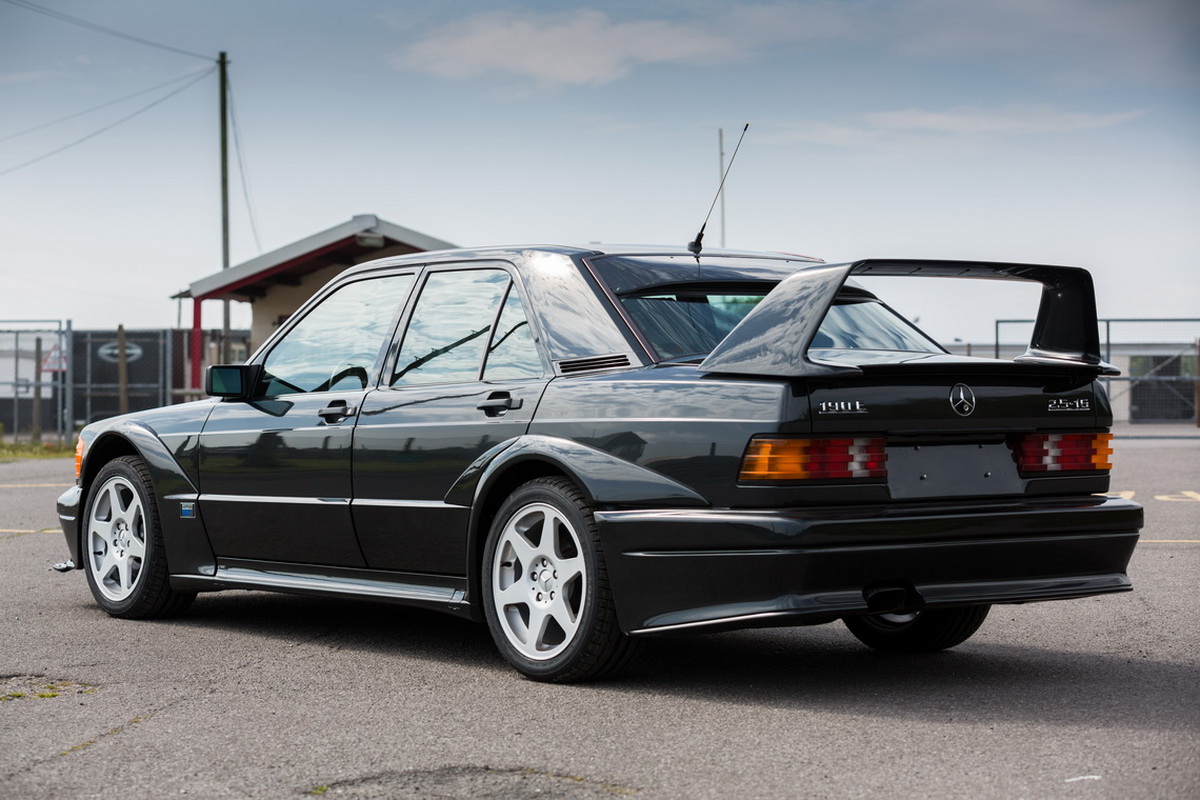