A pioneer in safety, Mercedes-Benz first presented the driver’s airbag in March 1981. From February 1988, the front-passenger airbag made its way in the S-Class and, a few months later, in the 124 series, the ancestor of today’s E-Class. Starting 1994, it became standard equipment for the Mercedes-Benz vehicles.

The engineers fitted the safety feature in the place of the glove compartment and presented the new equipment at the Frankfurt Motor Show, back in September 1987. The innovation was a first step into the occupant protection field, something that no other manufacturer in the world offered. The German premium brand was the only one in the world to use the airbag system, registered for patent in 1971, for series vehicle production. 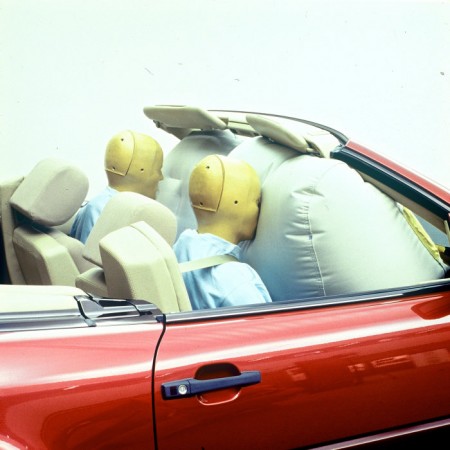 The front-passenger airbag made its debut in the S-Class Saloons and Coupe and then it made its way to the 126 model series, all available for order with the safety feature starting 1988. It was an option that used to cost DM 4617 in Germany. The driver’s airbag could be ordered for DM 2348.40.

In 1994, both airbags, the one for the driver and that for the front passenger, became standard specification along with head restraints, for many of the Mercedes-Benz passenger cars, improving the passive safety levels, as experiments with test dummies and statistics showed. 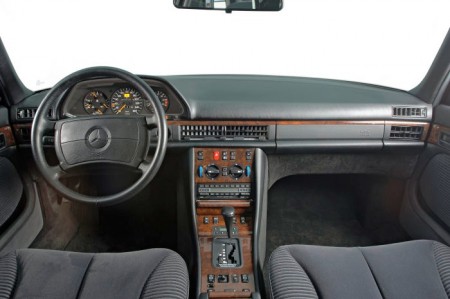 There were eight kilos of safety on-board the S-Class model, with the 3-kilogram driver’s airbag and the front-passenger unit going for the rest of the weight, mainly due to the greater distance between the airbag deployment point to the passenger’s seat, which led to the growth of the volume of the air cushion. The volume was of 60 liters on the driver’s side and of 170 liters on the passenger’s side.

The airbags were soon accepted industry-wide as life-saving technology and the car makers started integrating the technology into their vehicles. But Mercedes was going even further with the safety features and in 1993, the company presented a side airbag, initially offered as an option in the E-Class. The window airbag came later on, in 1998. 2001 brought the head/thorax sidebag, the kneebag cam 8 years later and a beltbag and cushionbag saw the light of day in 2013. Up to twelve airbags are fitted in today’s cars. 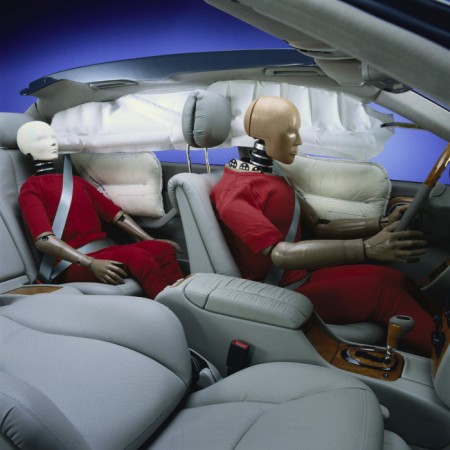