Hamilton and Rosberg Have Waited For Too Long

Assemble a high-tec Formula 1 car or a luxury watch? Which one should be faster? Well, ladies and gentlemen, place your bets! Lewis Hamilton and Nico Rosberg have done that already! But they really look like they’ve been waiting for too long. They’ve grown beards that make them look like Santa.

The Formula 1 world champion Lewis Hamilton has bet on the Mercedes AMG Petronas mechanics to assemble a car. The runner up Nico Rosberg has chosen the IWC Schaffhausen experts to assemble a watch through the 30-second deadline.

Everything happens in the TV ad promoting the limited edition of IWC Schaffhausen luxury watches. It takes even less than thirty seconds for the auto mechanics to put everything together. The IWC mechanics also say they can do it, but don’t even start the job. See what’s the drivers’ reaction!

Mercedes AMG Petronas and IWC Shaffhausen have been partners for years and they have just announced the renewel of the deal. To mark the event, the Swiss luxury manufacturer has developed two special edition watches, each limited to 250 pieces, both bearing the names of the two drivers.

Both the world champion and the runner up share a passion for mechanical hand watches, so they both provided a helping hand in building their own watches.

Lewis and Nico surprised the people at IWC Schaffhausen, sharing their own ideas on how the titanium watches should look.

Click here to see what other limited edition has been launched after Mercedes AMG Petronas became world champion.

The timepieces have a satin finish and an exceptional feature: they come with a certificate that confirms that the material originally comes from one of the Silver Arrows cars used by the Mercedes AMG Petronas world champions. The back of the watch is sealed with a water-resistant sapphire glass, bearing the logo of Lewis Hamilton and Nico Rosberg on the inner surface. But could it be so resistant to survive until Hamilton and Rosberg turn old and grey and look like Santa Claus? 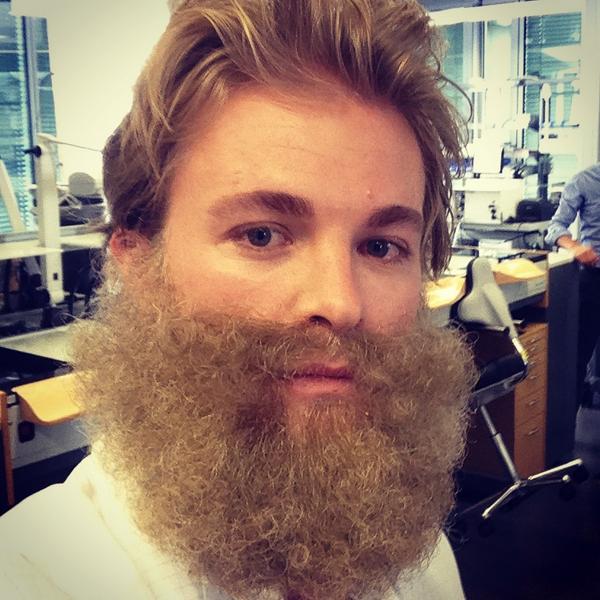