Half a century of the Mercedes-Benz “Stroke/8” saloons

Half a century ago, on the 9th and on the 10th of January 1968, the redesigned saloons of the upper-medium size category were unveiled in Sindelfingen. Divided into the W115 (4- and 5-cylinder engines) and W 114 (6-cylinder engines) model series categories, they are the ancestors of the E-Class.

Fans affectionately called this generation the “Stroke/8”, hinting at the “/8” suffix in the model designation, identifying the year of the models’ launch, 1968. And the family models with a catchy name came as a major hit: more than 1 million units of the range were sold. Mercedes-Benz was providing customers with an extensive portofolio, as the generation also includes coupes, long wheelbase saloons and chassis developed for special bodies. 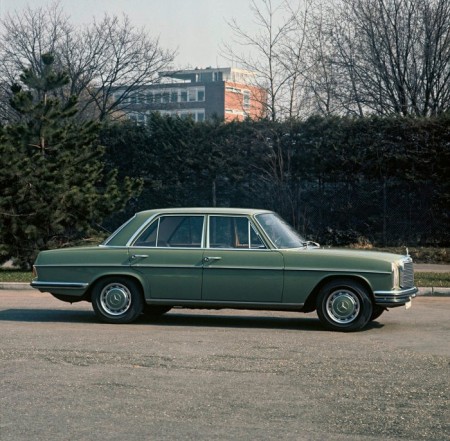 The “Stroke/8” redefined the profile of the market segment, paving the road for the future E-Class. The 4-door saloon with 6 windows and a wheelbase extended by 650 millimeters was built starting March 1968. To make it different from the standard model, Mercedes-Benz fitted it with 15-inch wheels. As of October 1968, the manufacturing of the 2-door coupe started. It had the same wheelbase as the saloons, but it stood with 45 milimeters lower than it. Something that left the world in awe were the backrests of the front seats that locked through a vacuum and were automatically released when the doors opened, to make access easier to the seats at the rear. 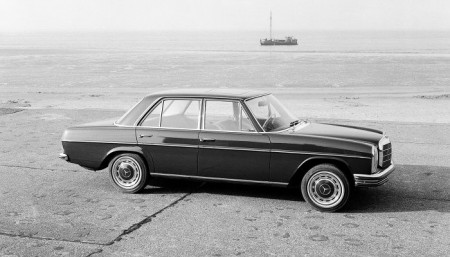 Come from the very pencils of Paul Bracq, the Stroke/8 was a runway model that impressed with their clear silhouettes that hid technical features never used before. The medium-size cars built by Mercedes-Benz were the 280 and the 280 E (1972), as well as the 240 D 3.0, which stood as the first 5-cylinder passenger car in the world, seeing the light of day with the 1973 facelift.

No less than 1.9 million units of all body variants were sold, with the last unicorns being built in 1976. At that time, the production of the successor model series W 123 was already happening. 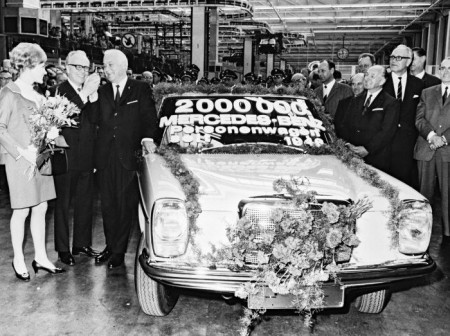