T-Rex gets greenlight for series production. Mercedes-Benz has just announced official pricing for its mighty G500 4×4², expected to fetch (hold on!) no less than 226.100 euros, portal axles, permanent all-wheel drive, an off-road reduction in the transfer case and three lockable differentials included – more than double compared to its G 500 conventional sibling (105,035 euros), but considerably cheaper than the top-of-the-line sporty AMG G 65 V12, priced at 271,915 euros.

Mercedes-Benz G500 4×4² is powered by a 4.0-litre V8 engine, the less potent version of the famed motor used by Mercedes’ latest supercar, the AMG GT. In fact, the G500 4×4² is the first Mercedes-Benz model to receive the standard version of the German car maker’s new twin-turbocharged four-valve-per-cylinder 4.0-litre V8 direct injection petrol engine. The 90-degree unit churns out 416 HP. It is EU6 compatible and is planned to replace up to three existing Mercedes-Benz V8 engines when it goes into full-time production later in 2015. Its turbochargers are mounted relatively high within the cylinder banks for added operating efficiency and improved packaging. 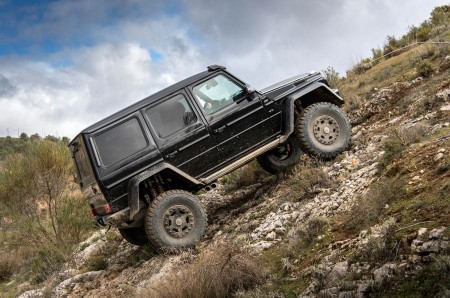 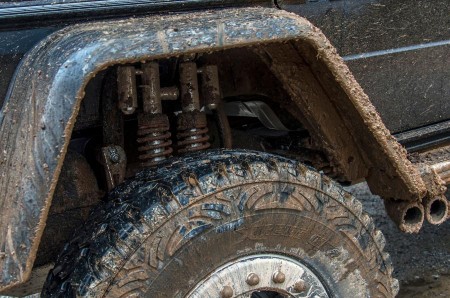