The great-granddaughter of Carl Benz, the inventor of the automobile, is turning 75 years old today. Jutta Benz is a Mercedes-Benz Ambassador and occasionally shows up at events driving a Benz Patent Motor Wagen, a replica of her grand-grandfather’s creation from 130 years ago.

Carl Benz filed a patent application on January 29th, 1886. The vehicle he had invented was  revolutionary and it amazed the world with its looks and drive technology. The inventor’s wife, Bertha, was the one who had financed the development of the car and trusted the project way more than her husband did at that time. 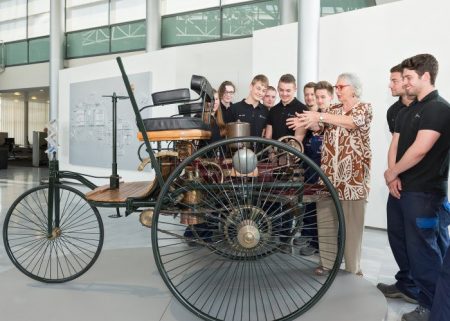 She was the one that insisted on bringing the vehicle to the market. To prove that the Motor Wagen was viable, in August 1888, she started on a trip from Mannheim, accompanied by her elder sons. Surprisingly, she made it to her parents’ house and back home, even though the journey was anything but easy.

Today’s birthday girl, Jutta Benz, was born on October 1st, 1943, in Mannheim. She never got to meet her great-grandparents. As a student, she studied French and History and then, she became a teacher. A passionate of traveling, she took long journeys to Asia and South America. 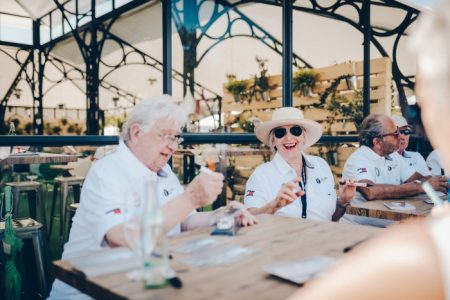 1886 Mercedes-Benz Patent Wagen Tested: The first car in the world

Jutta Benz stands as the last one to bear the name of Benz, tracking back directly to Carl and Bertha Benz. Today, she tells the story of her great-grandparents with pride, with successes and setbacks and all in-between.