Grand luxury – So this is the Mercedes-Benz GLS Grand Edition

Mercedes-Benz is throwing its greatest SUV, the GLS, into the Detroit car show, along with a more luxurious variant: the Mercedes-Benz GLS Grand Edition.

Even though the model underwent a mid-cycle facelift in 2016, it is not much that has not changed about it since its launch, in 2013, especially not the slightly outdated platform, which Mercedes is planning on shifting. Yet, before the next-generation GLS hits the market, the three-pointed star company is making the fans of the brand’s biggest SUV linger for a while, with a Grand Edition. 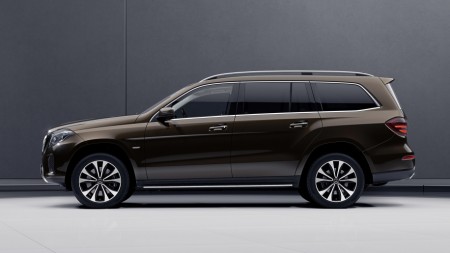 Available for the V6-powered GLS450 and for the V8-propelled GLS550, the Grand Edition package brings the Designo Nappa leather seats in Porcelain or Espresso Brown with exclusive diamond quilting and special Budapest-design piping. Part of the dashboard is also covered in Nappa leather, combined with open-pore brown ash wood. Ambient lighting and the Espresso Brown velour floor mats are now offered as standard. 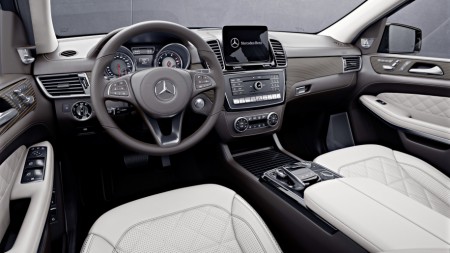 The exterior of the Grand Edition GLS brings LED lighting and a logo on the wings, indicating that a special model is in front of your very eyes. The GLS450 gets 20-inch, 10-spoke wheels, while the GLS550 will run on 21-inch wheels.

The Grand Edition will be displayed at the Detroit Motor Show and is scheduled to hit the showrooms in mid-2018. Pricing is yet unavailable.