Kimi Raikkonen was fourth, while Red Bull’s Max Verstappen followed the Finn to finish fifth. Having to recover after a poor start, Daniel Ricciardo retired instead, on lap 21, with hydraulic failure. 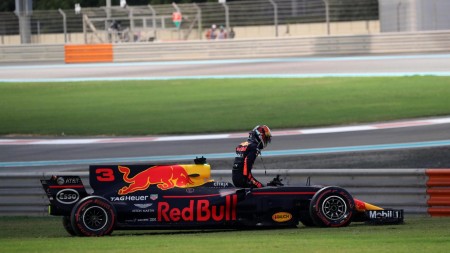 The last race of the season belonged to Bottas from start to finish, a triumph he craved for after havin taken the pole position. The Finn never put a wheel wrong after he took the lead from the start and defied the incoming pressure caused by seeing Lewis Hamilton steaming on his trace in the rear-view mirrors. The Brit was as close as 1.1 seconds on lap 29th, but Bottas picked up his pace. Hamilton pushed again, 20 laps later, when he reached within half a second, but again, Bottas managed to pull away. 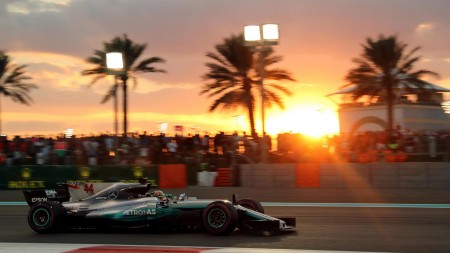 When crossing the finish line, the teammate were split by 3.8 seconds, while Vettel came far later on an Arabian night when Ferrari had reliability, but lacked pace.

Yet the best battle unrolled behind, where Romain Grosjean and Kevin Magnussen brought their Haas racing cars home 11th and 13th, sandwiching Stoffel Vandoorne’s McLaren. Pascal Wehrlein’s star shone bright in Abu Dhabi, as the young German dragged his Sauber past Magnussen at one stage only to be blown away on the straight by the Haas driver. He finished an honourable 14th, only 1.5s off the second Haas.