German tuner Väth has its way with the C-Class Estate

German tuner Väth has worked its magic on the Mercedes-Benz C-Class Estate. Unlike previous projects, the scale of touches is not as grand as we came accustomed with, the V18 C-Class Estate being characterized by subtlety.

The last time we reported about a Väth creation, the horsepower and newton meters scale were ballistic compared to the normal model. This time, however, the C-Class Estate’s engine remains largely unchanged. The tuner did bolster the overall credentials of the turbo-blown 1.6-liter four-cylinder engine present in the C180, of course. But not by much. Power went up from 156 to 192 horsepower, while torque increased from 250 to 300 Nm. The upgrade will cost approximately 1,500 euros, including installation.

Speed-wise, the marginal power and torque increase has little effect; top speed is now 230 km / h, as opposed to the 223 km/h listed for the ‘ordinary’ C 180. Regarding the sprint time, we know little else. 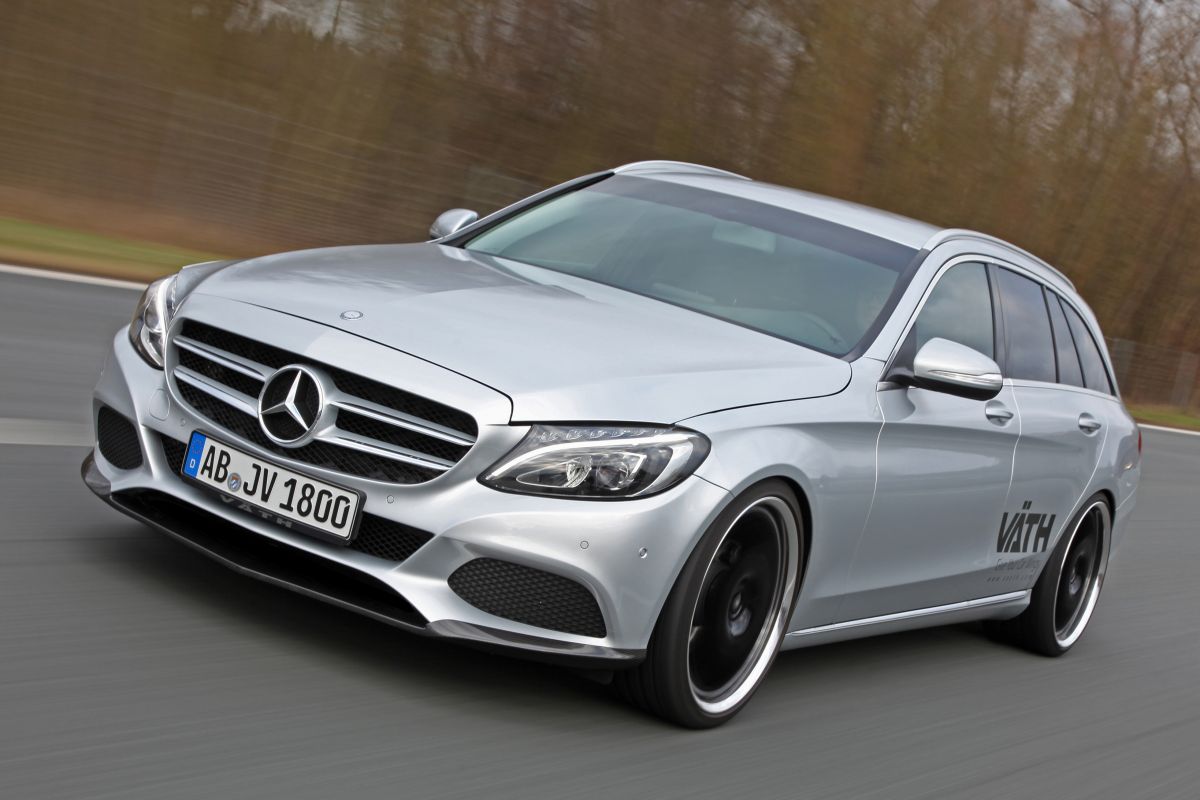 The appearance of the Mercedes-Benz C-Class Estate renamed V18 is certainly more impressive now, thanks to a black front splitter and a new diffuser at the back (3,500 euros). On top of all this, Väth installed four oval tailpipes for the sports exhaust system, costing 2,600 euros.

Black 20-inch wheels (a thick 6,000 euros for four pieces) and a lowering kit which put the car 30 mm closer to the tarmac complete the picture.