One week before start of the EURO 2016, Auto Bild car magazine published photos of the cars driven by the team players of german football team, the current Football World Champion.

Many of the German football team players drive a Mercedes.

The defender Jerome Boateng has a car loved by all football players: a Bentley Continental GTC with a special interior and initials engraved in the head restraints. A total different car is the Mercedes-AMG G 63 configurated for asphalt and not for the off-road, with special body-kit, large wheels and initials JB instead of the Mercedes logo. 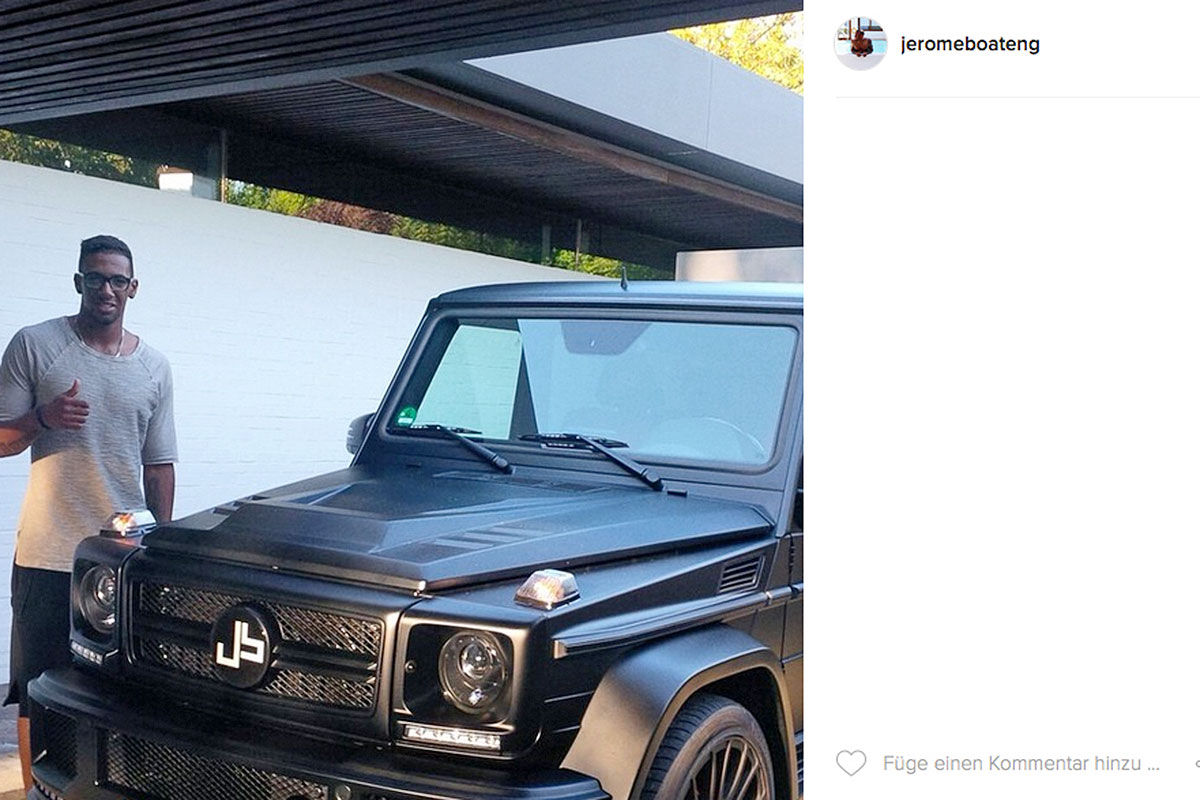 Midfielder Mesut Ozil is also a Mercedes fan. Before he play for English team Arsenal, he owned a grey Mercedes SLS AMG. After he moved in London to play for Arsenal, he bought a Mercedes-AMG S 63 Coupe with a interior in light colours. In his garage you can find also a Lamborghini Aventador and a Mercedes G-Class.

Midfielder Lukas Podolski has two cars in his garage. Mansory Stallone is based on the Ferrari F12 Berlinetta and has an engi8ne with power increased from 740 to 775 HP. When he look for more comfort, he use the Mercedes-AMG S-Class but Auto Bild mention that is not clear if it is the saloon version or the coupe.

Forward Mario Gotze, the goal scorer from the 2014 Final World Championship benefits of the sponsoring contract between Audi and Bayern Munchen and use an Audi RS7 Sportback. There are informations that he owned a Mercedes SLS AMG.

Midfielder Emre Can, former at Bayern Munchen and Bayer Leverkusen, moved in 2014 at Liverpool. He was seen in a Mercedes-AMG CLA 45 Edition 1 and then he bought a Mercedes-AMG G63 when he moved to Liverpool.