Geneva Motor Show fails to take place in 2021 as well. The cars revealed by Mercedes-Benz along the years

2021 is the second consecutive year that the Geneva Motor Show fails to take place. The coronavirus pandemic that has enveloped the world in restrictions is to blame. The even in Switzerland used to be of major importance for Mercedes-Benz.

The Geneva Motor Show has always challenged Mercedes-Benz. This is how some of the most significant models of the premium car maker were first revealed in Switzerland.

In 1961, the 220 SE Coupe impressed public with what the premium car maker calls “timeless elegance”. Therefore, 60 years ago, one of the most elegant coupes in the brand’s history awed the guests. Based on the “tail fin” saloon, came with an unchanged floor assembly, that offered room for four seats, as well as a generous boot volume. Yet, to mark its coupe personality, it had an 80-millimeter lower body than the saloon. 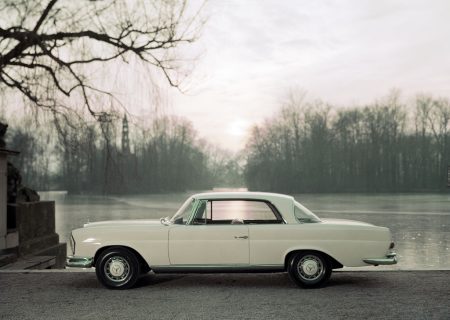 The model series 140 S-Class came in 1991. Innovative and comfortable, the saloon remains the predecessor of the model series 126. The 600 SE and the 600 SEL came with the company’s first twelve-cylinder engine with 408 horsepower. Four years later, the facelift variant became the first car to feature the Electronic Stability Program (ESP). In 1996, it also received the Brake Assist System (BAS). Starting 2021, the first of these cars are classified as historic cultural assets in Germany. They are thus eligible for the “H” (“Historical vehicle”) registration plate.

1996 brought the first C-Class Estate and the E-Class Estate (model series 210) with unrivaled spaciousness onboard at the Geneva Motor Show.

The C-Class Estate was available with Classic, Elegance, Esprit and Sport design and equipment lines. Three petrol and two diesel engines were available for the beginning. But there came the C 43 AMG in 1997 and the C 55 AMG in 1998. That season, the C 43 AMG Estate became the official Medical Car in Formula 1. 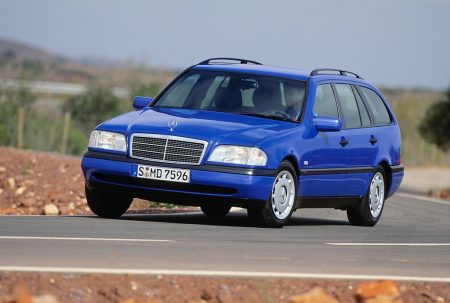 The so-called T-Modell, with the “T” standing for “tourism and transportation” offered 1,975 liters of boot space with the rear seats folded down. It was a record in the industry. The car came with automatic level control as standard equipment. A third bench seat was also available as an option, making the E-Class Estate a 7-seater.