Monster Mercedes-Benz G500 4×4² has taken the Geneva motor show by storm with its imposing stature and striking good looks. Power comes from a 4.0-litre V8 engine, the less potent version of the famed motor used by Mercedes’ latest supercar, the AMG GT.

In fact, the G500 4×4² is the first Mercedes-Benz model to receive the standard version of the German car maker’s new twin-turbocharged four-valve-per-cylinder 4.0-litre V8 direct injection petrol engine. The 90-degree unit churns out 416 HP. It is EU6 compatible and is planned to replace up to three existing Mercedes-Benz V8 engines when it goes into full-time production later in 2015. Its turbochargers are mounted relatively high within the cylinder banks for added operating efficiency and improved packaging. 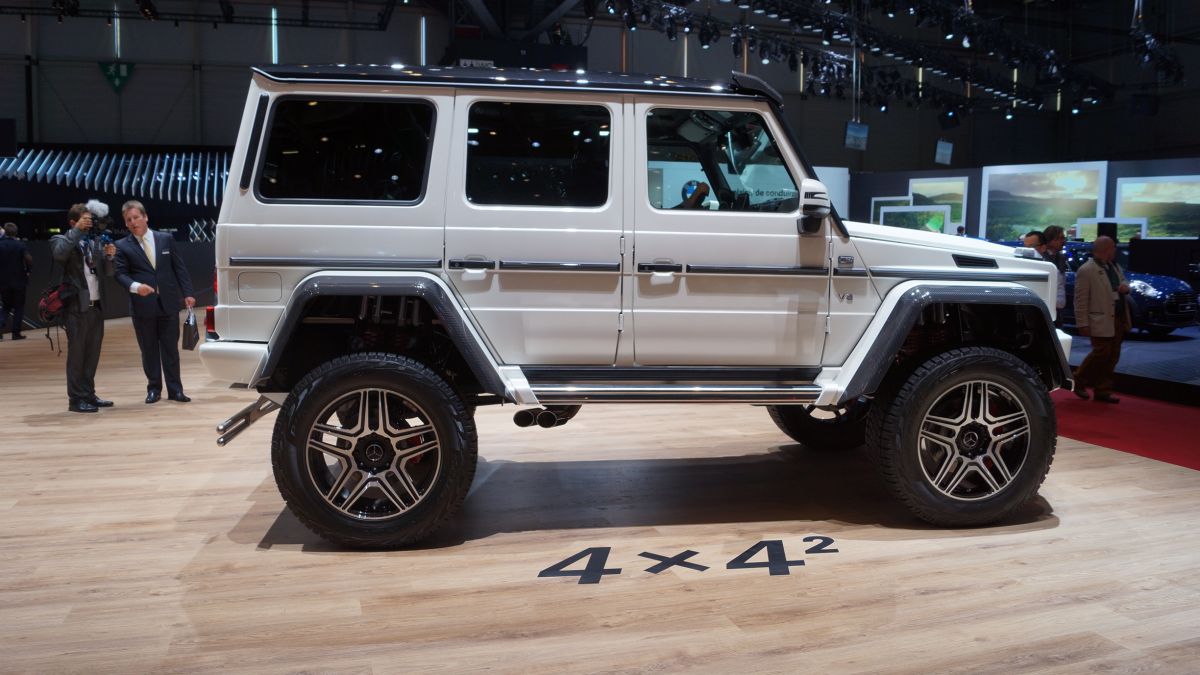 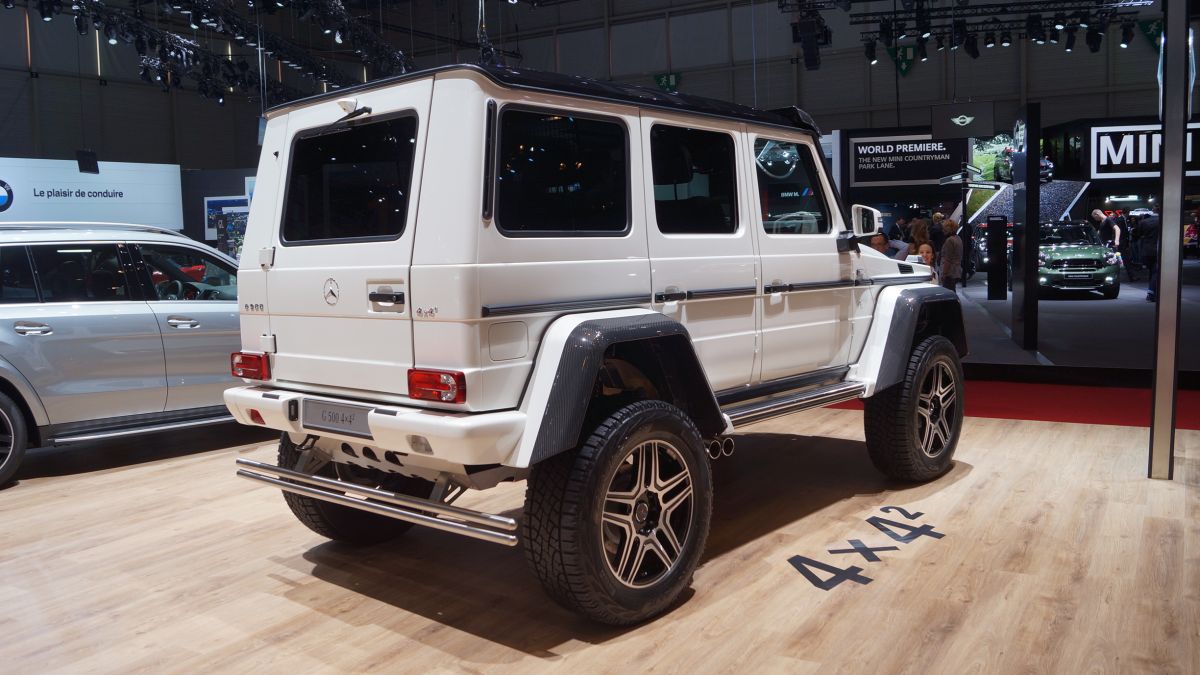