Brabus has already presented three Rocket variations based on the new generation Mercedes S-Class sedan, so the powertrain of the new edition doesn not bring any surprises.

That does not mean that the spec sheet isn’t very impressive in its own right. The thunderous V12 powering the Desert Gold Edition churns out no less than 900 hp and 1500 Nm (limited to a ‘lean’ 1200 Nm in normal driving conditions). What all this means is that the mighty Brabus limo hits the 100 km/h mark in 3.7 seconds, while top speed rockets itself over 350 km / h.

Brabus’ physical updates amount to a special billet crankshaft with longer stroke, new turbochargers accompanied by a reprogrammed ECU, a high performance exhaust and a high-performance limited-slip differential with a locking rate of 40 percent. Brabus has also retuned the seven-speed automatic transmission. 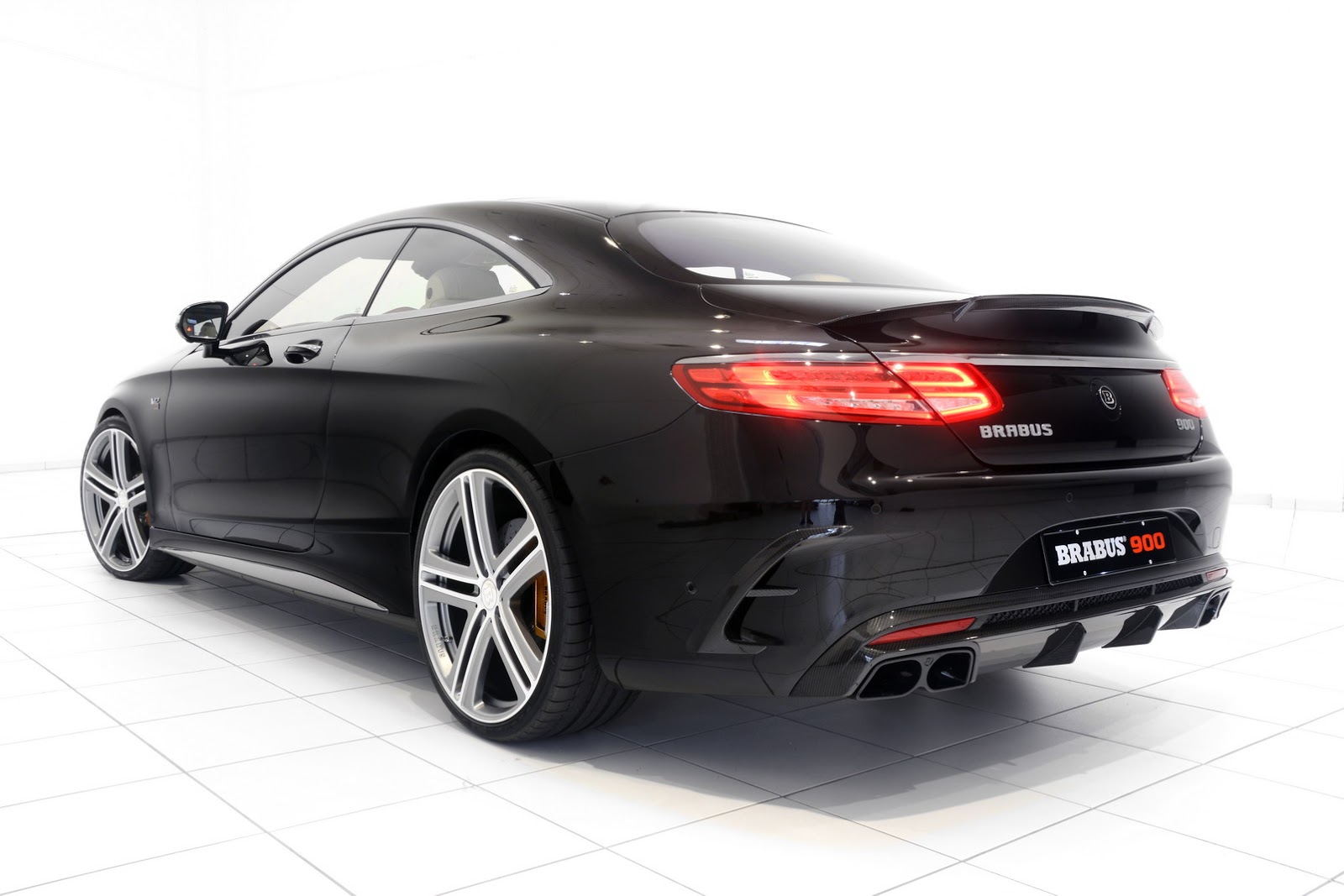 The car is painted in the exclusive matt black exterior color, complemented by the Brabus assembled special 21-inch wheels (255/35 ZR 21 tires front and 295/30 ZR 21 rear) or even 22-inch rims (255/30 ZR 22 tires front and 295/25 ZR 22 rear). As expected, what we also get to see is a lot of carbon fiber decorating  the exterior of the car. Brabus uses in excess the noble material to cover even minor detailing like the mirror housings and rear diffuser. There is also a special exhaust system available. 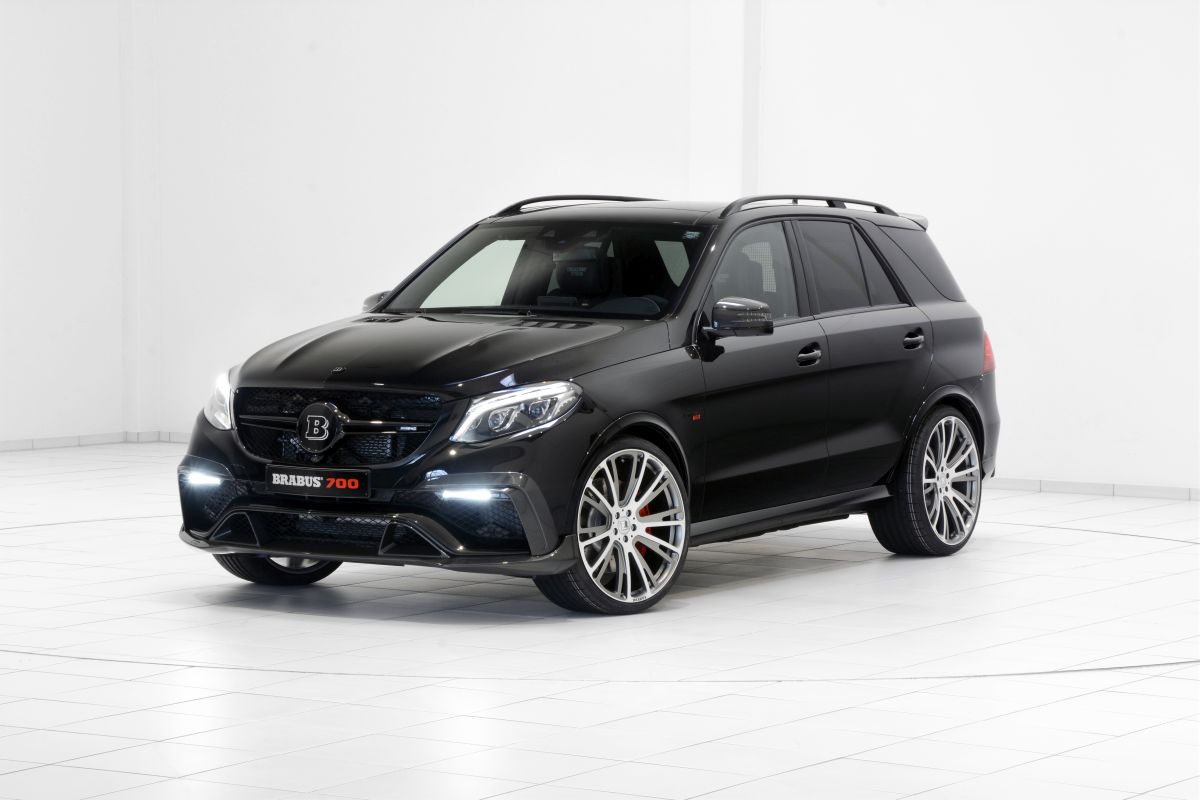 Such performance improvements required extensive modifications. These include the two Brabus tuned turbochargers with larger compressor units that build more boost pressure than the series 5.5-liter eight-cylinder engine. As a result, the GLE now gets in 4.0 seconds to 100 km/h and runs out of puff only at 300 km/h. 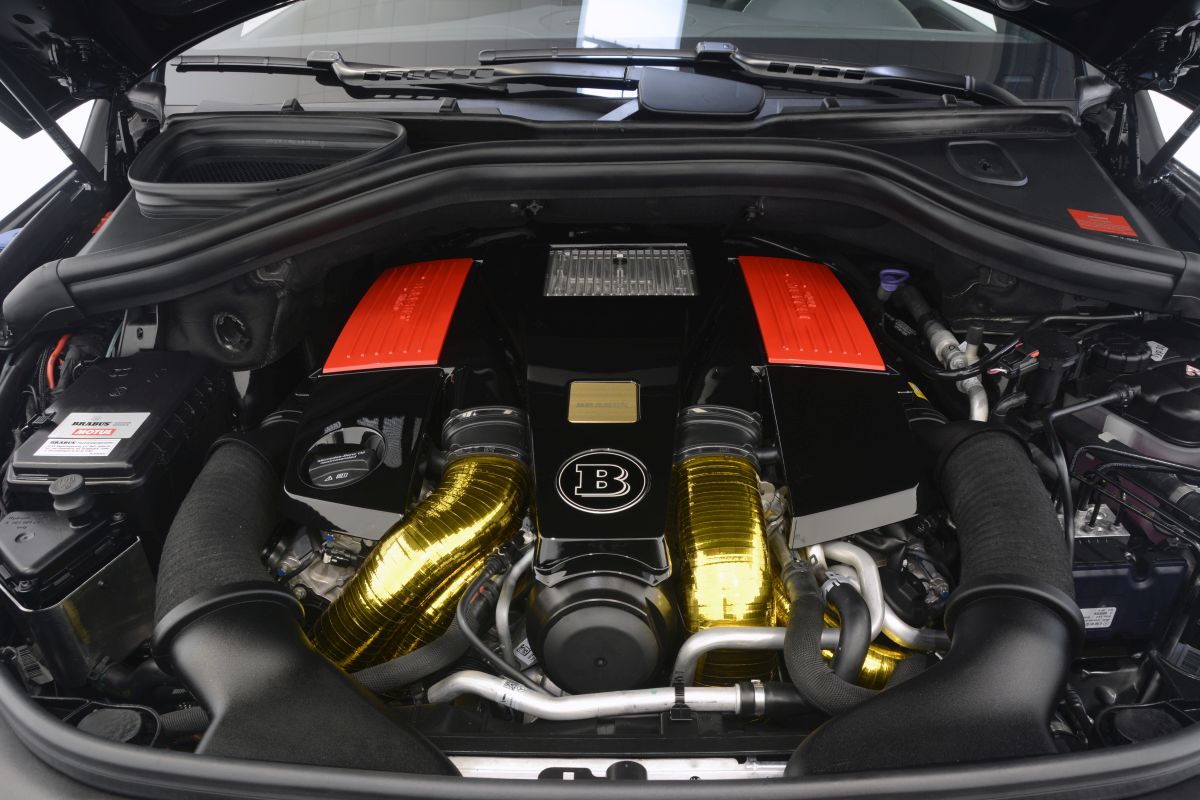 The standard exhaust system was replaced by a Brabus system with 75 millimeter thick pipes. The Airmatic air suspension was lowered by 35 millimeters but uses the same 7G-Tronic Speedshift Plus gearbox as the series model. Aerodynamics play an pivotal role for Brabus who has developed no less than 63 unique body components made of carbon – including the new front spoiler lip, the roof spoiler, the rear diffuser or the aperture for the side air intakes.

The Brabus 700 comes with alloy wheels in 21, 22 or even 23 inches (!) – the most exclusive option, the monoblock Y-forged wheels in 11×23 inch. Inside the model presented at the Geneva Motor Show polarized opinions and hypnotized the wealty audience thanks to its yacht design inspired leather upholstery.