Lewis Hamilton won the Hungarian Grand Prix, but it wasn’t all perfect for Mercedes-AMG Petronas at Hungaroring. Valtteri Bottas faltered for the last laps and failed to reach the podium. The stewards are investigating his mistakes that led to two crashes.

Starting from pole, Lewis Hamilton easily maintained his position at the top 24 hours later. The Brit drive thus cruised towards his 67th win. Ferrari’s Sebastian Vettel and Kimi Raikkonen kept him company on the podium.

Hamilton controlled the race form one end to another, as his W09 performed impeccably, helping him add more points to his lead, now reaching 25. 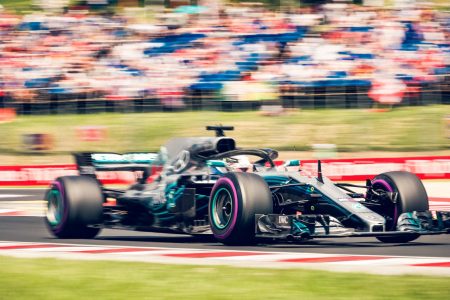 Mercedes looked as if they were ready for a new one-two finish. But six laps to the end, Vettel engaged his DRS to pass Valtteri into Turn 1. The Finn was not going to just let his position go, so he charged back into Turn 2, but smashed into the German driver. Kimi Raikkonen also passed right through, while Bottas dropped to the fourth spot. A damage wound made his Silver Arrow lose balance on the track and more came on to him.

Daniel Ricciardo, having started from P12, closed in on Bottas, and, while he was attempting to overtake the Finn, the Mercedes driver failed to keep his car under control and crashed into him as well. 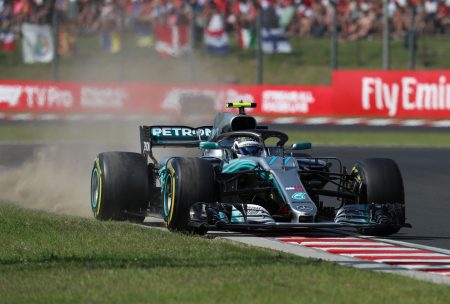 Mercedes has time to celebrate and lick wounds for the next three weeks, during the summer break. The Formula 1 will resume at the Spa-Francorchamps, with the Belgian Grand Prix, on August 26th. Up until then, Lewis Hamilton stays at the lead of the overall ranking with 213 points, followed by Sebastian Vettel with 189. Kimi Raikkonen is third with 146.