G-Class formerly belonging to Tina Turner is for sale. “Simply the best”

$25 000 for a car made in 1985? It ain’t even old enough to be a genuine classic. But it comes with the celebrity factor. The Mercedes G-Class belonged to the world famous singer Tina Turner.

In the hay days of her career, Tina Turner was driving none other than the G-Wagen. She imported the Mercedes-Benz 280 GE in 1985, paying $125 000 for it. That must have been pocket change for the “Private Dancer” artist, as her album released one year before had gone multi-platinum and her “What’s Love Go To Do With It?” brought her a Grammy award. 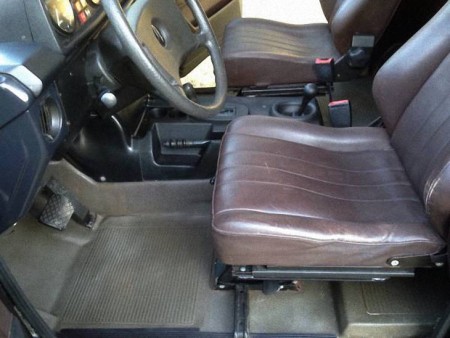 The Queen of Rock’n Roll kept the G until 1989, when it went under hammer for $25 000. A car dealer in Springfield paid the money and got it. From that moment on, the Mercedes found shelter in various garages and was driven by the hand of a couple of owners. Now its current master is selling it – he says – for space issues. The car’s clock has not even hit the 100 000 mile mark and, for the past four years, it only ticked about 1000.

The G from 30 years ago is a far cry from the luxury SUV sold today. It came with vinyl seats, rubber matted floors and a dashboard and center console all wrapped in plastic.

Surely Tina Turner did not work her famous “Private Dancer” legs too much on that car, as it comes with an automatic transmission that sends the 156 HP from the 6-cylinder 2.8-liter engine to all four wheels.

Maybe there are better offers out there when it comes to old Gs. But none of them was driven by one of the best-selling rock artists of all time. Maybe it comes with one of her eleven Grammies in the trunk, who knows?…