Mercedes is on course for success, greater than ever indeed, but in many areas the Germans must catch up with the competitive trends. Everything is set to change with the new E-Class. Even in the electric car wars Daimler no longer wants to follow behind. An electric SUV based on the GLC is set for 2019. FULL LAUNCH CALENDAR AT A GLANCE, courtesy of Auto-motor-und-sport.de.

Stronger individualisation. What does this mean to the customer? He will be able to link directly with the factory, watching live the construction of his car and even change the order again until shortly before the start, if he wishes so. Individuality is one of the magic words of the future. For example, the next E-Class (Premiere Detroit Auto Show, launch spring 2016) will be available to customize in the Lifestyle configurator order. The customer only needs to set its financial framework and give insights into the circumstances of his life, as he navigates through beautiful imagery of apartment facilities, travel, music and sports and chooses his favorites – and accordingly so the configurator suggests the right model to suit his tastes. 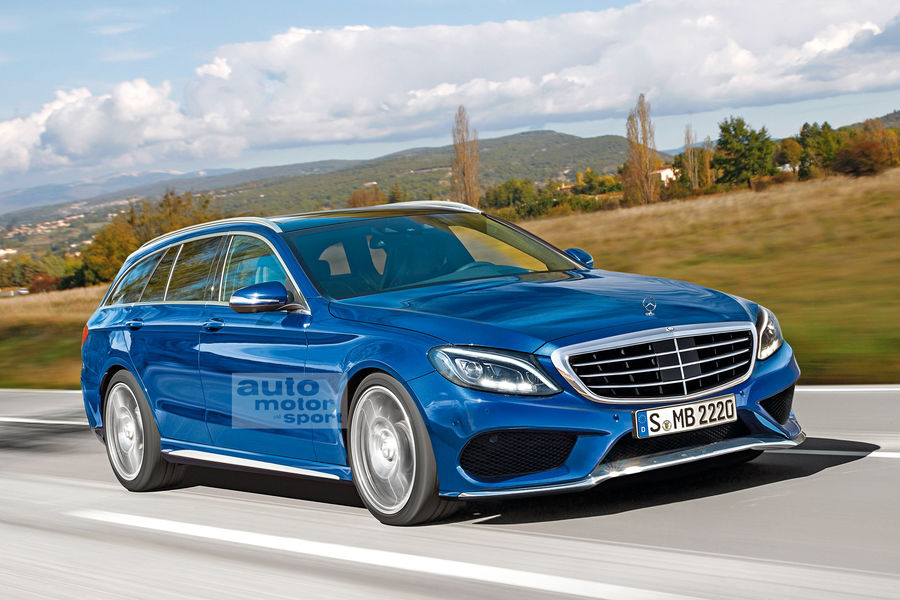 Which E-Class? Maybe the sedan or station wagon E-Class, both expected to reach the showrooms in the autumn of 2016. If no space for children and luggage is required, then also coupé and convertible could be attractive, debuting in 2017. What all the new models have in common is a hard diet program. Around 100 kilos will be cut from the unladen mass. The next generation of the E-Class will also be available in plug-in hybrid 350 e (290 hp) guise right from the outset with an electric range of up to 50 kilometers (currently in the C-Class, around 30 kilometers).

Partially Automated Driving. The real revolution does hide in the factory, but on the road. The new air spring suspension with three chambers will be the option to choose if you’d like to increase comfort. But also the driving experience will be new, influenced by the new assistance systems that will bring you closer to the Mercedes autonomous driving program. “Semi-autonomous”, they say, is the new road. 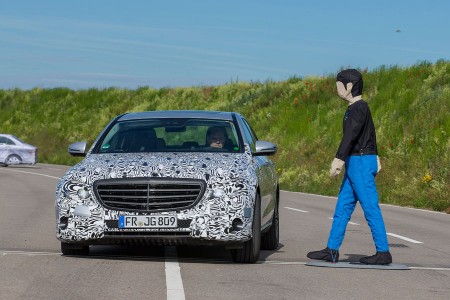 What does that mean? When the cruise control is active, the E-Class can not only keep the distance to the vehicle ahead, but follow it as well at speeds of up to 200 km / h without any driver intervention. In combination with Comand Online speed limits are detected and so the car brakes or accelerates accordingly at the command of the system itself. If that fits into your lifestyle, you remember the name “Intelligent Drive Next Level”. Yes, this comes as an extra.

But wait, there’s more. Thanks to its integrated wireless network capabilities, the E-Class can come into contact with other vehicles in the future, even the ones which are probably already around the corner and therefore recognizes a dangerous situation when needed. Then the pilot will be warned and the car will even brake by itself. Note to self: Car-to-X communication.

The E-class brakes in an emergency situation from a maximum of 100 kph to a standstill and even recognizes traffic congestion, pedestrians and cross traffic: Active brake and fall-steering assistant.

Of course, a smartphone app couldn’t be missed. It allows the E-Class to park itself, without the driver behind its wheel. He can get off earlier in tight parking spaces and simply assist the operation via his phone. Name of this Extra: Remote Park Pilot. 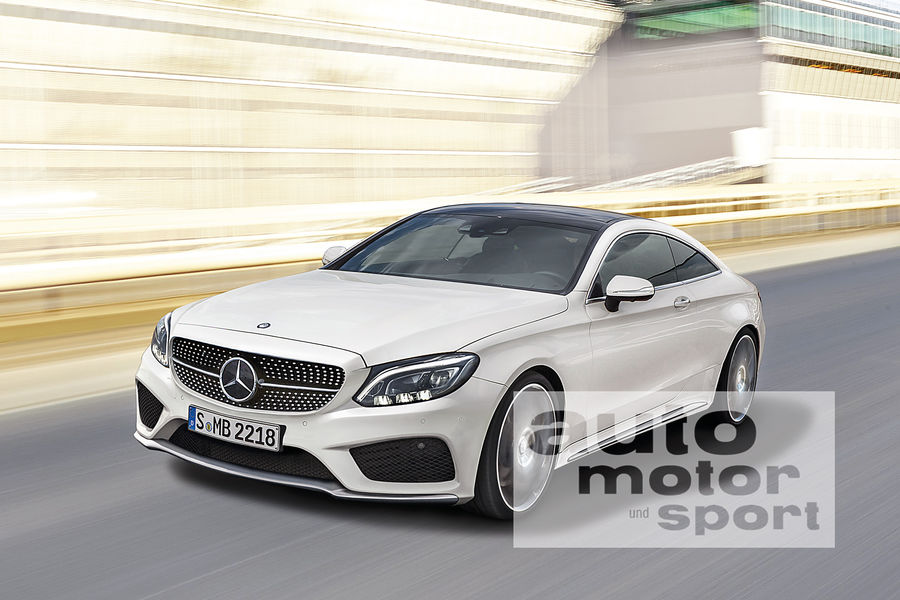 What about the power range of the engines? From 150 hp in the four-cylinder base-models to 600 hp in the AMG version with a V8 4-litre bi-turbo engine. From 2017 the new generation of straight-six engines will be replacing the current V6 family – in both gasoline and diesel guise. The OM651 four-cylinder diesel engine also gets a successor.

But, before we get to enjoy the E-Class’ premiere, Mercedes has recently celebrated the unveil of the facelifted SL at the Los Angeles Auto Show in November. The front is more modified than is the norm with the facelifted Mercedes models. The cockpit is largely unchanged, the V8 engines are refreshed. 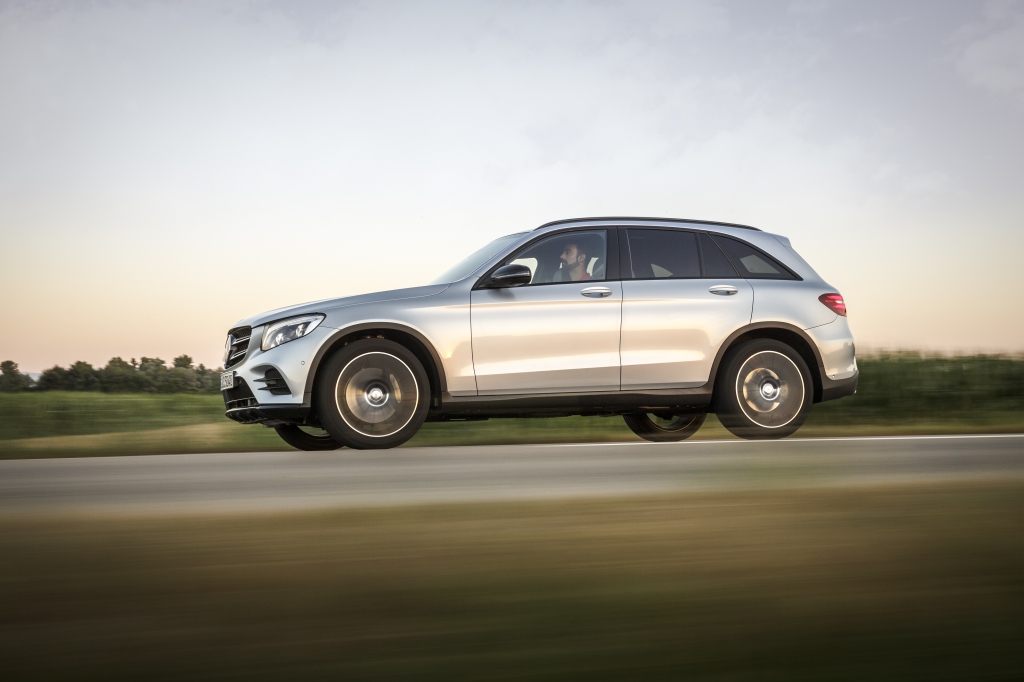 What is missing is an answer to the upcoming Audi Q6 full-electric SUV, which brings us to an e-car Mercedes set to be available from 2018 with an approximately 500 kilometers range. For the body concept, Mercedes has long struggled and the variant of an sedan based on the E-Class has been shot down. The likely contender is a converted GLC which if transformed into an e-car would be a quite appropriate response to Audi’s Q6. And this is not the only surprise in store, as Mercedes also plans a hidrogen fuel-cell powered GLC derivative as well, set to become the first mass produces Mercedes propelled by the revolutionary technology, from 2019.

The design language of Mercedes is one of the most loved by its target audience. Even so, the Germans are determined to move forward at a faster pace and change their styling again and again. The Concept IAA is the closest indicator to how these Mercedes of the future could look like. 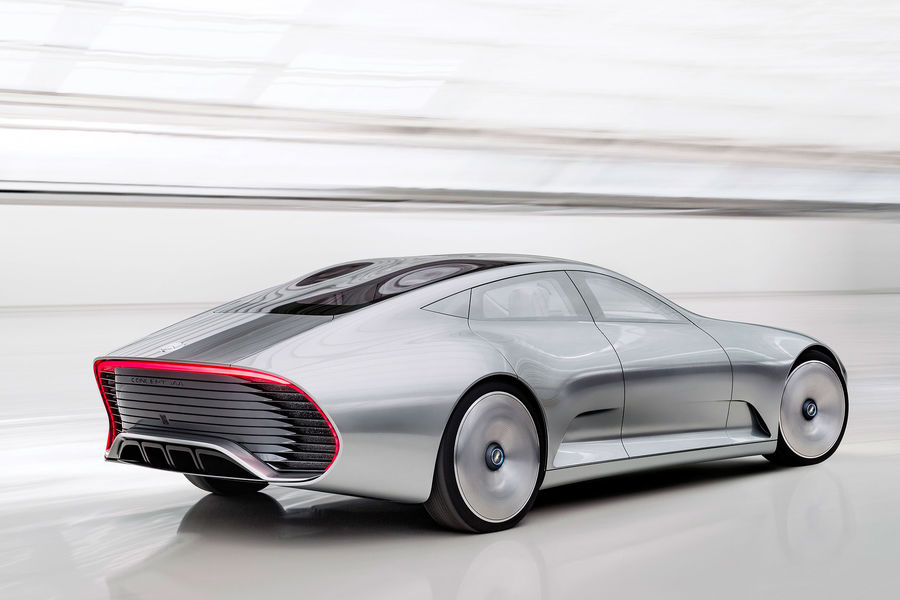 Biggest change to the interior seem to be the two touchpads on the steering wheel, on which most functions are to be concentrated, without the need for the driver to take his hands off the wheel. The right touchpad thereby controls the infotainment while the left one takes care of the assistance systems and general functions of the car. Unlike the S-Class, E-Class buyers have the choice between a future all-digital instrument cluster and classic analog displays. To the right is the 12.3-inch monitor, which is not designed as a touch screen, but is operated by Mercedes as usual via a rotary push-button controller with an overlying touchpad. 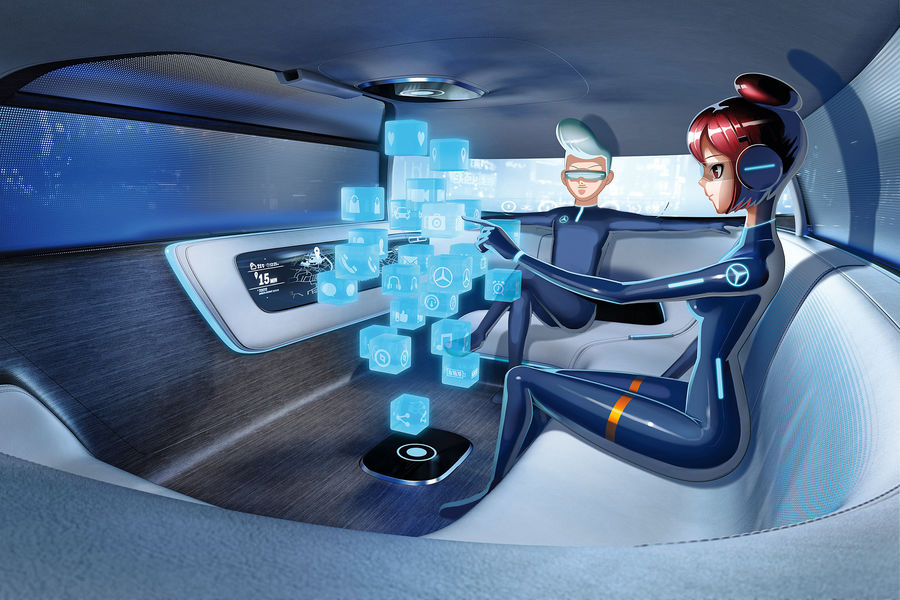 Study Vision Tokyo as Urban Transformer. An important part of the Mercedes-strategy is taking the customer a step closer to autonomous driving. The F 015 is followed by the Tokyo Motor Show, the next view: At 4.80 meters in length, this concept (on 26-inch wheels) is able to move not only solely by megacities, but also provide in the interior a “chill out zone” where passengers can relax. Thanks to intelligent algorithms, the car gets to know the inmates and then can respond more quickly to requests and habits. Propulsion: electric hybrid with hydrogen. This is how the next Mercedes family car could like, no later than 2019.

Launch calendar, at a glance

After the already revealed S-Class Cabrio, SL facelift and GLS come to market, it’s time to turn our attention towards other fresh models in Mercedes’ portofolio. Next April the refreshed SLK will debut as the new SLC. In the second quarter of 2017 the AMG GT Roadster comes to life. In the fall of 2017, the S-class gets its facelift. The future B-class (end of 2017) will be Mercedes’ first compact model to switch to a new, upgraded MFA architecture, hardly changed size-wise. 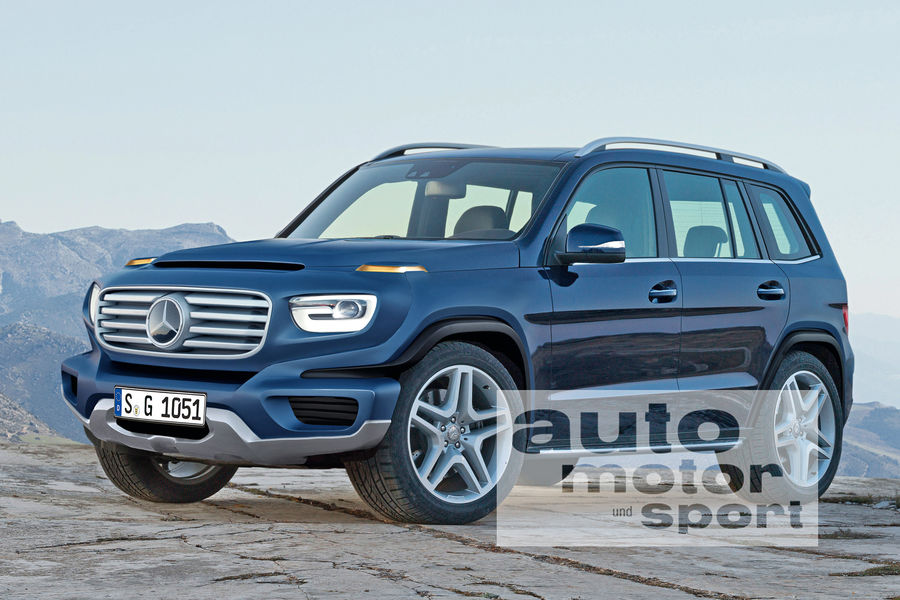 In 2018, it’s time for a practical SUV below the GLC and above the sleek GLA. The Mercedes GLB will feature Front Wheel Drive, will be almost 4.60 meters long and have an angular shape –
there remains much room for luggage. 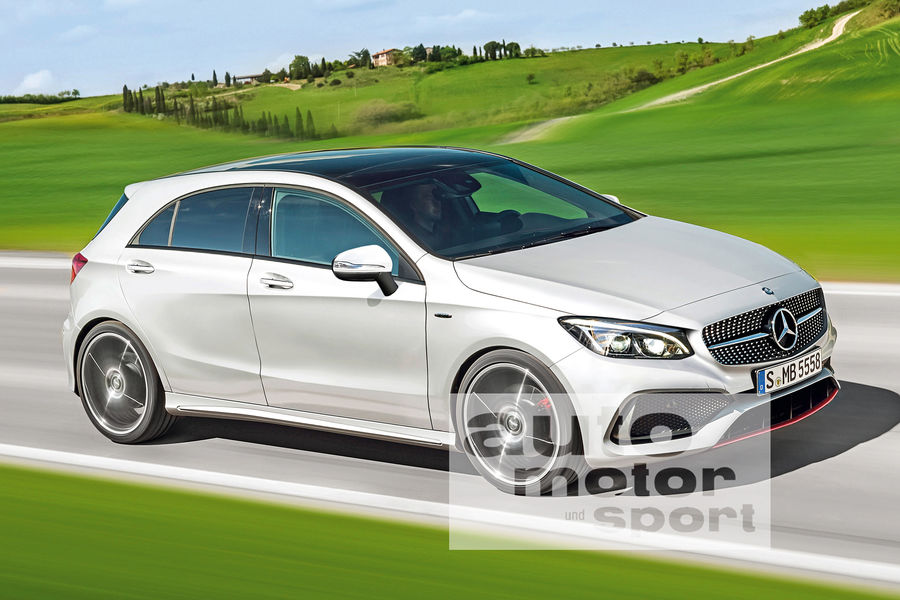 The A-Class will be renewed in 2018, as well. Less beading and edges, slightly longer wheelbase and new engines. All-new addition is the A-Class Cabriolet: The four-seater soft top has not yet been green-lighted though. An A-Class GT is more likely, an interesting compact athlete as a SLK Replacement – open or closed variants are both conceivable. 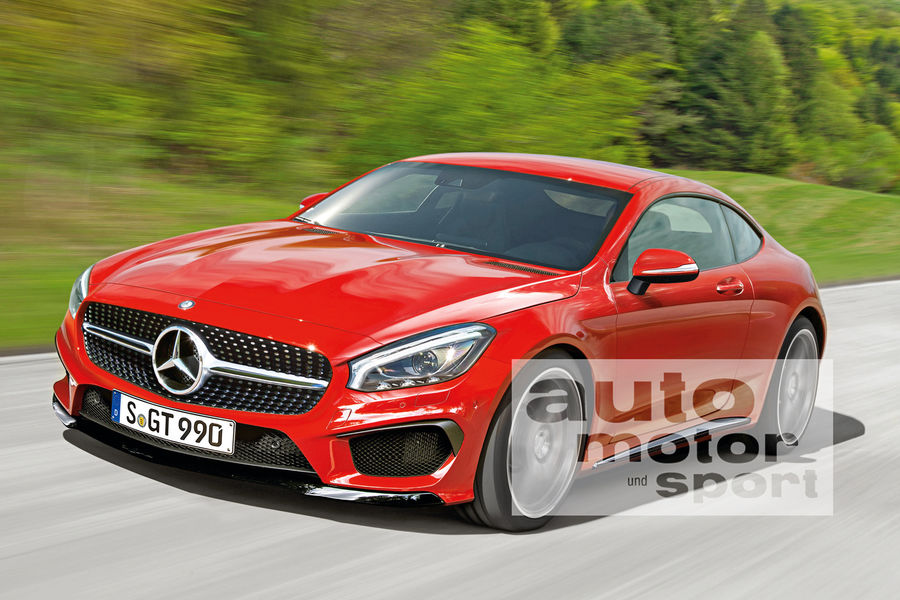 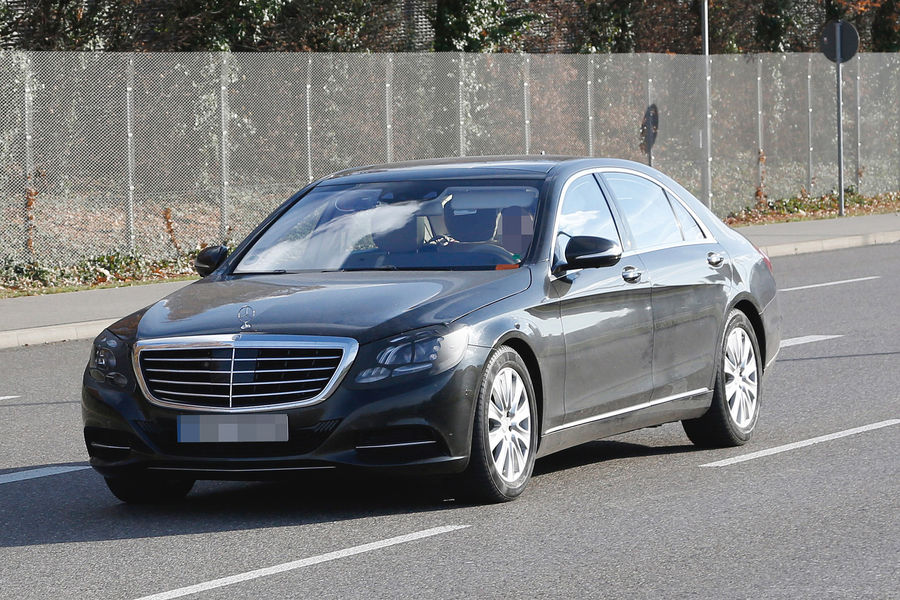 Beginning in 2018 replaced the C-Class receives a facelift. Mid-2018, time to turn to the S-Class coupe and convertible which both get an update. In 2018 also comes the new CLS, but without a shooting brake in its range anymore.