We’re getting closer and closer to the official launch of the new Mercedes-Benz GLC (June 17), the company’s medium sized SUV and the test cars are starting to shed their camo as if it were wooly clothes under the late spring sun.

You probably already know all there is to know about the GLC, the successor of the very successful GLK, and if you don’t, you can read about it here or here.

We’re going to focus more on the exterior design of the new car, which sees an even more radical transformation than the name (afterall, two of the three letters do carry on, so it’s only 33% new, whereas the exterior is almost completely changed. What am I saying? It IS completely new).

For starters, it’s sensibly larger. The GLK wasn’t small, but it had very sharp angles and a long, low bonnet that made it look like a very wide station wagon on rather short stilts. You couldn’t mistake the old GLK for any other Mercedes-Benz car no matter from what angle or from how far you were looking at it. 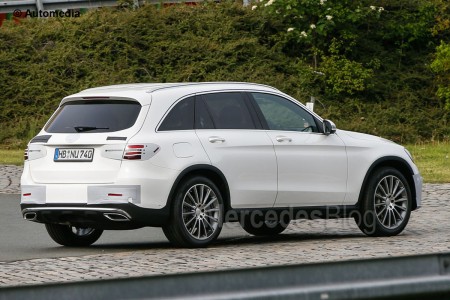 On the other hand, the new GLC looks like an SUV version of the C-Class, which is by no means a bad thing in itself, but it does make the Mercedes-Benz range a bit more homogenous than we would have liked. It’s still a few hundred light years away from the carbon copy extravaganza of the Audi range, but I can’t help feel it’s slowly heading into the same direction.

With the boxy GLK gone, the only real options for anyone wanting a muscular Mercedes-Benz SUV remains the almighty G-Wagon, a car that easily scares off the customers who don’t really want an off-road SUV, but rather a big car with a high seating position, great safety features and some off-road capabilities. 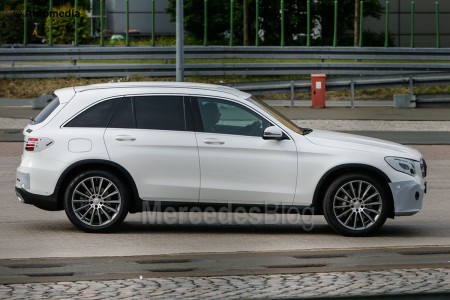 But maybe the new GLC will make me eat my hat when it finally comes out on the 17th of June and I’ll end up loving it. Who knows, stranger things have happened. I should start getting rid of all my hats by then, just to make sure.