The world of motorsport is in mourning. Jules Bianci passed away on Friday, after nine months in a coma. The Mercedes AMG Petronas drivers pay tribute to the young driver killed in the name of his passion for speed.

The French driver Jules Bianchi made his debut in Formula One in 2013, behind the wheel of Marussia. He was set to have a bright future, but all turned dark on the 5th of October 2014. Racing under heavy rain and terrible visibility and driving conditions on the Suzuka circuit, the young driver lost control of his car and slammed into and underneath a truck deployed to collect a damaged car from the side of the racetrack. He sufffured major injuries and was immediately airlifted to the hospital. He never gained consciousness since than. 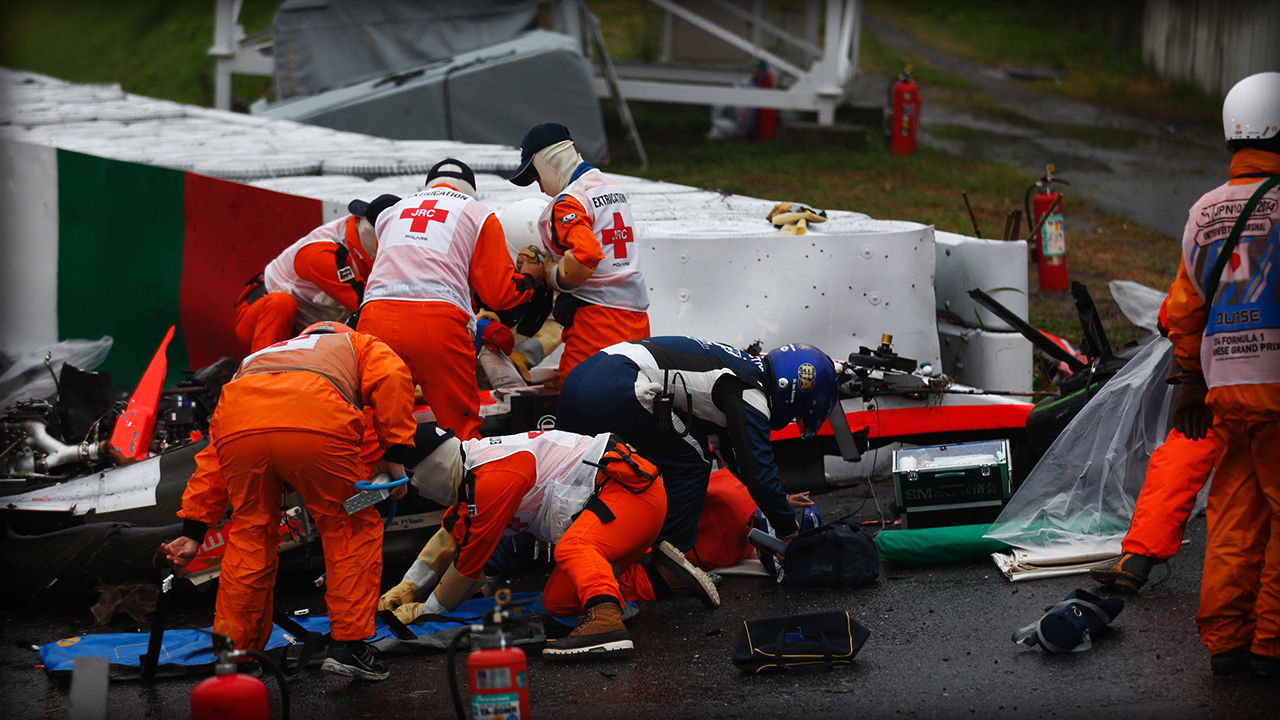 The injuries were too much to overcome. After nine months in a coma, the 25-year old driver lost the race of his life on Friday, when he passed away in a hospital in Nice. „He fought all the way to the end”, his family says.

The Mercedes AMG Petronas drivers, Lewis Hamilton and Nico Rosberg, are paying tributes to their fomer racetrack mate on their social network profiles:

„A sad, sad day today, guys. Please pray for Jules’ loved ones. RIP Jules. God bless”, the world champion posted on Facebook, together with a picture of the Belgian driver.

„Extremely sad to hear that Jules Bianchi passed away. Thinking about Jules and his family. RIP, Jules.”, Nico Rosberg wrote.

Jules Bianchi is the first Formula One driver to lose his life after a race incident since 1994, when the Formula One genius Ayrton Senna died due to skull fractures in Imola, San Marino. Senna came off the racetrack and slammed into un unprotected barrier by 305 km/h.