Mercedes has introduced its new racing car for the 2018 Formula 1 season. Will the new Formula 1 Mercedes-AMG F1 W09 EQ Power+ win the fifth world title in a row? All official information, all pictures.

This morning the Mercedes-AMG W09 EQ Power+ rolled out of the garage in Silverstone for the first time, four hours earlier than the new Ferrari…

Contrary to what many experts have expected, the Silver Arrows are still following a similar concept as in the previous year’s model: little angle of attack, only a slightly shorter wheelbase. In addition, the completely new engine has apparently again gained some horsepower.

Outwardly the new Mercedes captivates by its simplicity. The silver arrow has many air baffles in the side boxes. The air intake has become narrower and more slotted – so follow the trend set by Ferrari in 2017. The airbox has also changed a bit: there are now four instead of just three air intakes. Striking: an additional small wing in front of the rear wing. Mercedes has found a way to continue to integrate a small additional wing there. It is attached to the stilt, on which the rear wing stands. 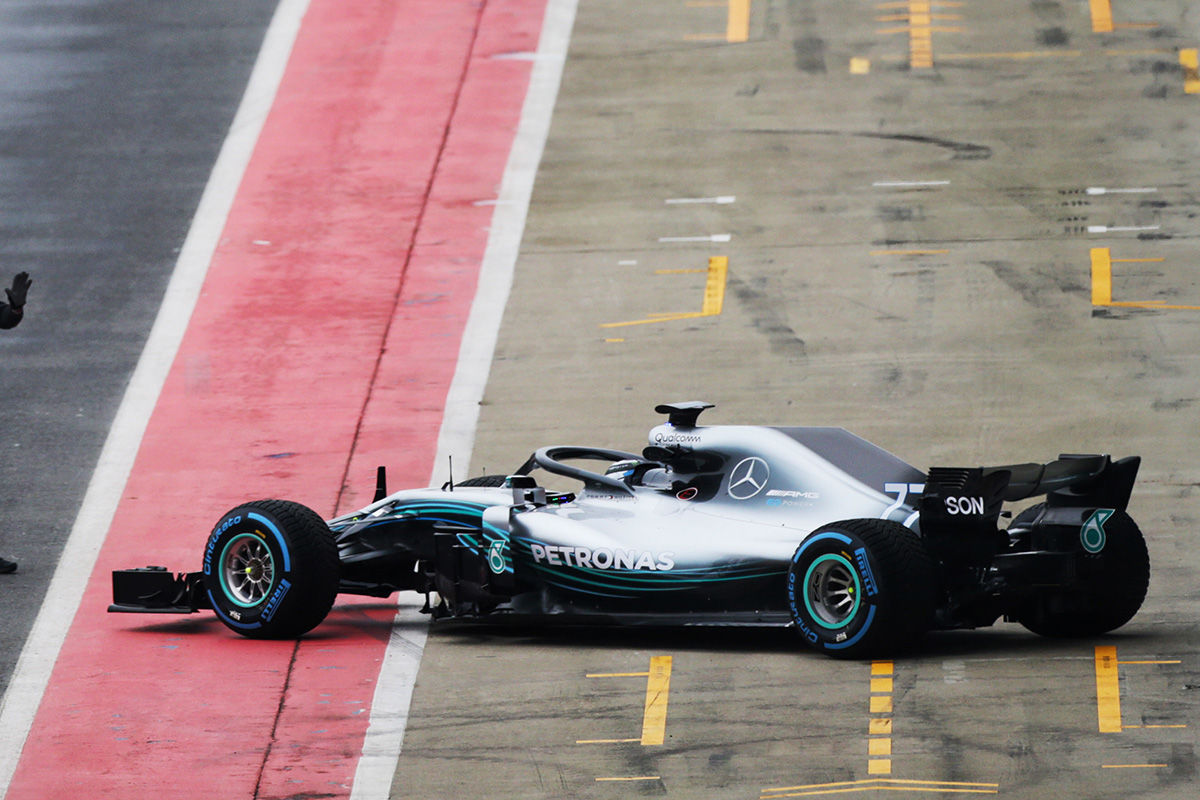 The Mercedes dominance of the past years is overwhelming: 64 of the last 79 races were won by the Silver Arrows. This puts even the Ferrari dominance at the beginning of the millennium in the shade. At that time, Ferrari won 57 out of 85 races.

But the Mercedes superiority crumbled in 2017. Were it from 2014 to 2016 52 out of 59 races that Mercedes decided for itself (88 percent), so the rate fell in the previous year to twelve of 20 races (60 percent). And the driver’s world championship was almost lost to Sebastian Vettel. In Singapore, Malaysia and Japan he only scored 12 points, while Hamilton won 68. Although Vettel was clear favorite in at least two of the three races. But technical defects and the crash in Singapore intervened. With 46 points, he had to bow to Hamilton in the end. 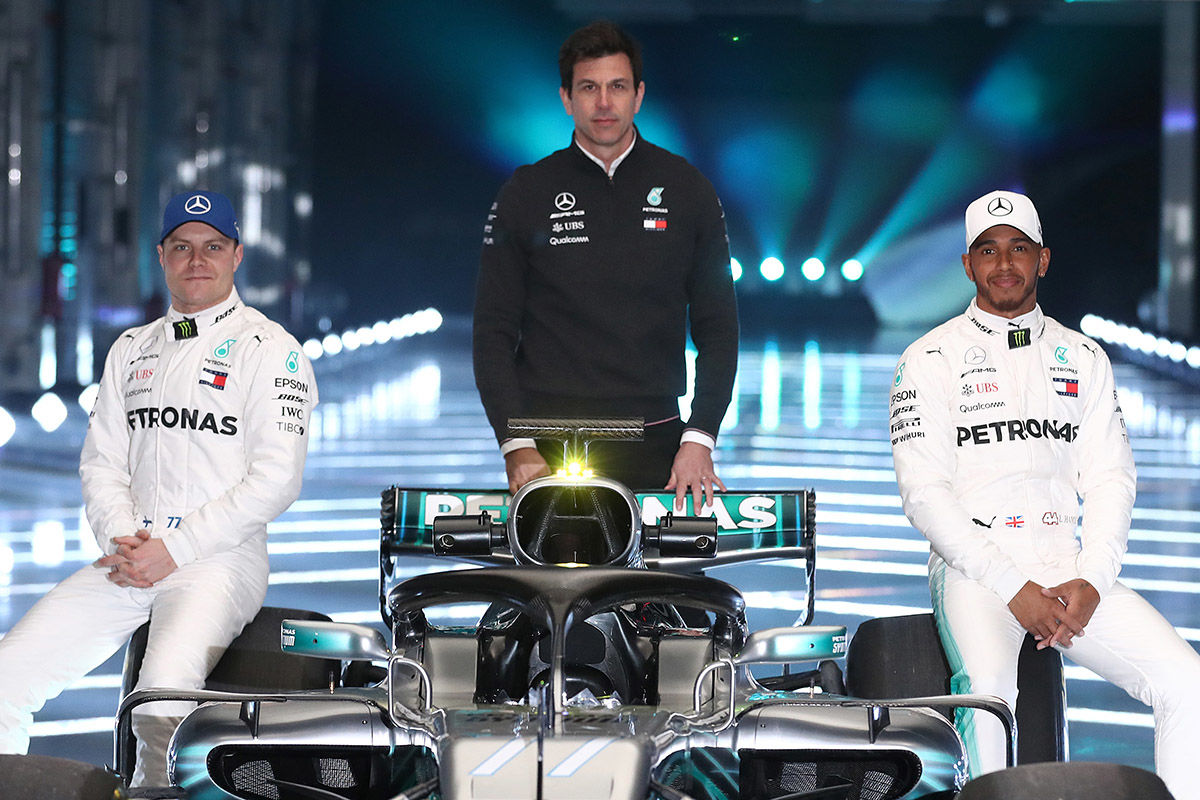 Mercedes Motorsport Director Toto Wolff explains: “We had the fastest car. But it was also a diva. In the new car, we wanted to eliminate the negative characteristics, but at the same time lose none of our good speed. Whether we have succeeded, we will see only on track. ”

The season opener on March 25 in Australia will see the gigantic duel between Lewis Hamilton and Ferrari star Sebastian Vettel. Two drivers with four titles in the starting field is an absolute premiere. If Hamilton wins the World Championship crown number five, he equals legend Juan-Manuel Fangio, who himself won two championships with Mercedes. If Mercedes remains the top car by 2020 Hamilton could even win seven titles – catching up with world record holder Michael Schumacher.

For Valtteri Bottas, the main thing is to secure the cockpit for 2019. The Silver Arrows have strong juniors so Bottas has to improve. 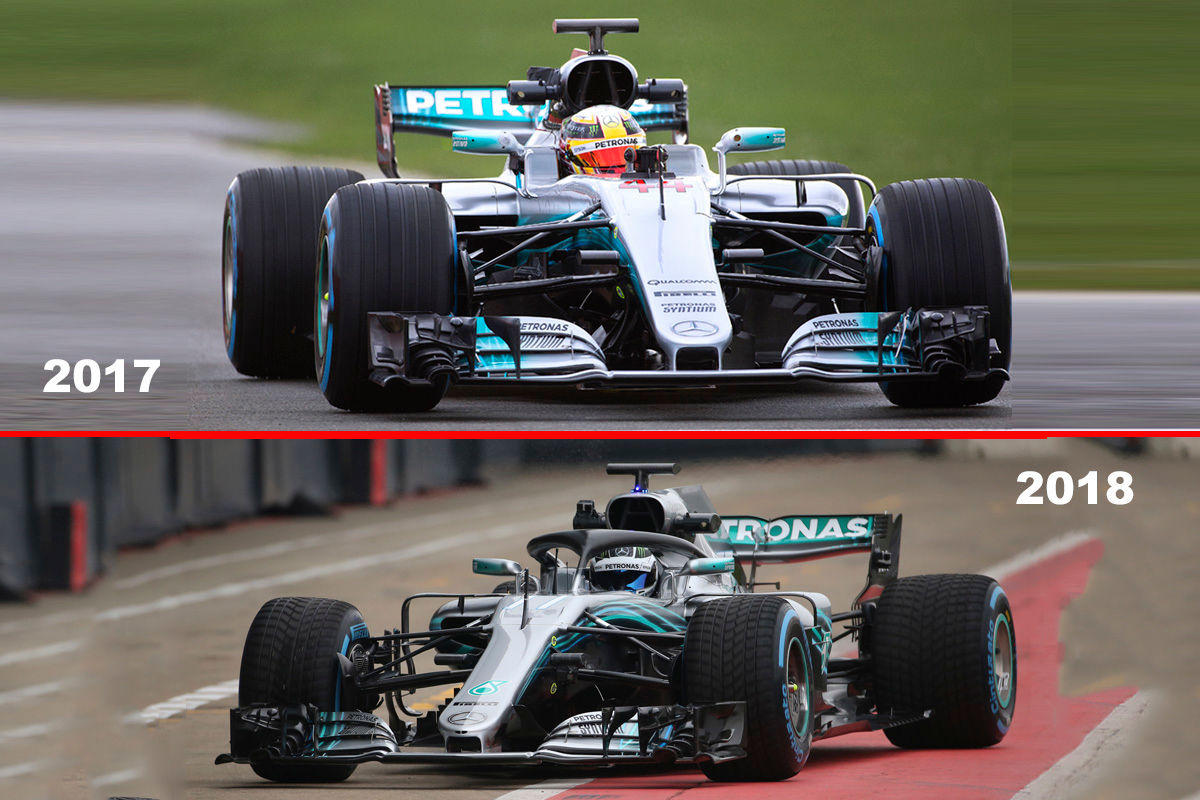 The new Mercedes is here – and Mercedes sports chief Toto Wolff goes directly into attack mode. Rival number one this time is neither Ferrari nor Red Bull, but the cockpit Halo. Even before the official presentation of the new Silver Arrow, the Austrian finds clear words against the halo. “If you gave me a chainsaw, I would saw it off. Driver safety is important, but we need something that looks better. ”

At the same time Wolff admits that the basis of the car is the same as 2017 – also means: long wheelbase, low angle of attack. Wolff: “We firmly believe in our concept. Our diva was hard to understand every now and then. That was the area we worked hardest on. We want even more speed, but above all the car should be more mobile. “Therefore, the Silver Arrow has not been completely rebuilt. Wolff: “The improvements we have are in the detail. Most visible is that the car has become even more compact. ”

World Champion Lewis Hamilton, on the other hand, does not mind the Halo. “We always knew the halo was coming,” he admits. “Mercedes did a good job fitting the car into the car as well as possible. This is the new world, I’m sure after a few races we will not talk about the Halo anymore because we all got used to it. ”

Hamilton prefers to concentrate on the real opponents: “In general, I expect plenty of headwind from Ferrari. But I also trust Red Bull Racing a lot, and of course it would be nice if McLaren were involved as well. ” 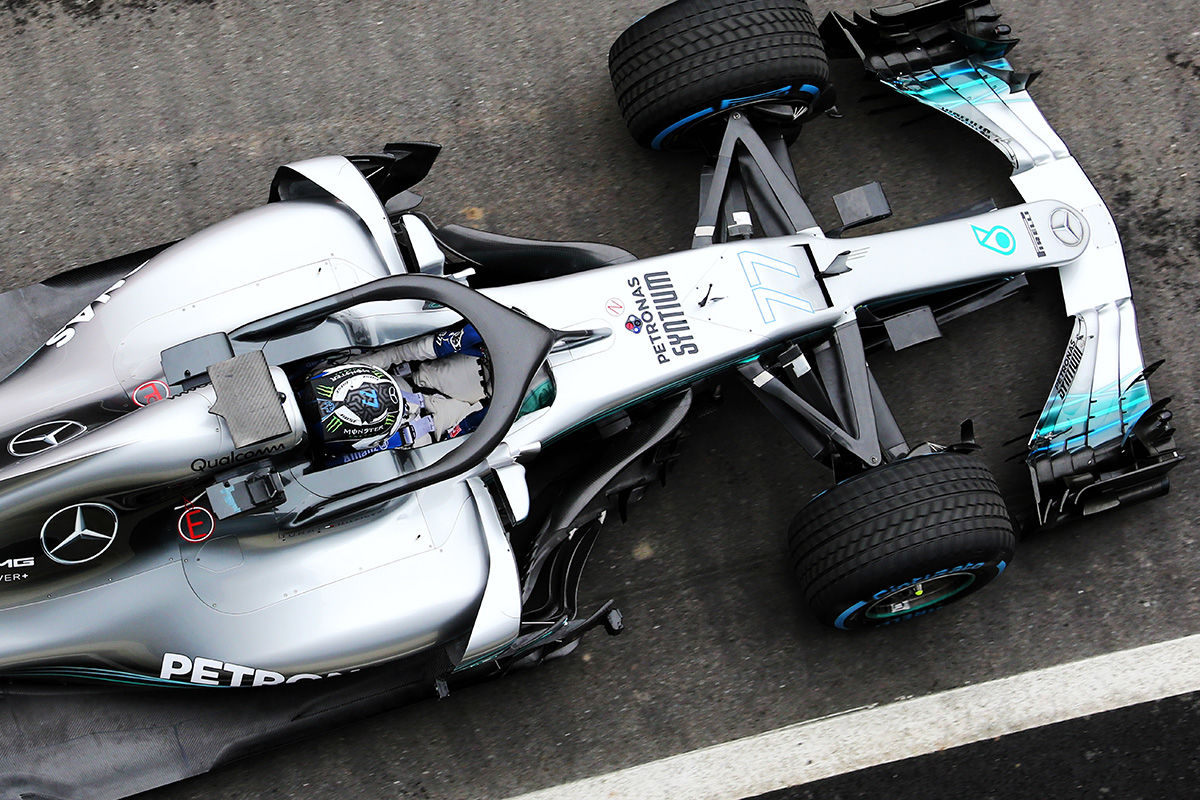