Because of quality problems, Mercedes can not debut its new Formula 1 engine upgrade yet. That means: less horsepower than Ferrari!

On the power circuit in Canada, Mercedes and Ferrari wanted to present their first major engine updates. But nothing will come of it. At least with Mercedes! The Silver Arrow team said yesterday evening in a terse text message that they had to postpone the expansion stage due to quality problems on the next race in France. Unpleasant for Mercedes, because sports director Toto Wolff had already announced the upgrade in a press release before full-bodied.

Also means: Advantage Vettel! For the Circuit Gilles Villeneuve is one of the fastest routes on the calendar. Every PS is needed here. Ferrari had already made up for the strong Mercedes hybrid since the start of the season anyway. With about 970 hp, both teams were equal. Now Ferrari should pass by the big rival, at least for one race. Because the Scuderia sets as expected a ten to 15 hp stronger drive unit.

The engine is thus the problem child of Mercedes this season. That the lead on Ferrari melted, is largely due to the hybrid drive. Reason: Because of this year only three instead of four units per driver are allowed and the oil consumption was limited, equipped Mercedes back. Allegedly from aluminum to steel pistons. Such a conservative approach is new to the World Champion team.

Like in Monaco, the Hypersoft tire is also used in Montreal and Mercedes did not get along very well with these tires so far. Sporting director Toto Wolff says: “If we want to be at the top this weekend, we need to make sure we get the most out of all tire compounds, including HyperSoft.” After all, in the World Cup Lewis Hamilton leads with 14 points ahead of Sebastian Vettel. 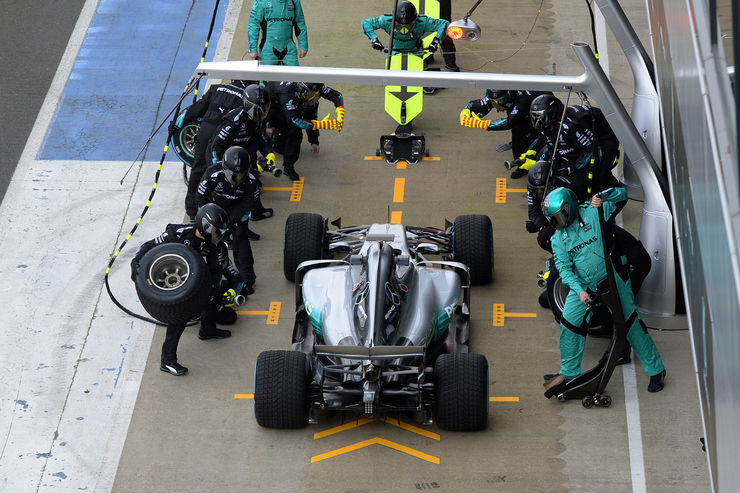