Unfortunately, the late Venezuelan president did not live to see this. His former gullwing Mercedes-Benz 300SL got restored and turned from a wretched wreck into a shiny red classic.

The story of the car dates long back and it has been a bumpy ride for the 300SL. But then again, what is simple when it comes to presidents? Former president and military leader Marco Perez Jimenez ruled Venezuela in the ’50. And as documents certify it, he was pretty much of a car guy, since Venezuela seems to be such a hotbed for classics. Jimenez left behind an impressive car collection amounted in his six years of leadership. But apparently, his off-springs did not care much about it, therefore, the million dollar collection was scattered around the world. 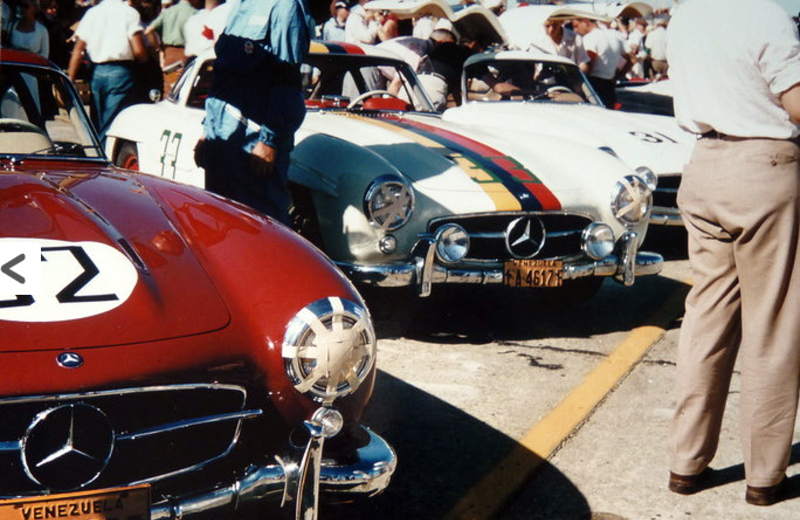 Recently, this gem, the Mercedes-Benz 300SL was found hiding in the barn – aren’t they all? – and those who found it, decided it was too precious for a rusty and dusty future.

The president had seen it in the Grand Prix of Caracas in the early ‘50s. He was almost 40 back then. He fell in love with the gullwing car and just had to have it. So he paid cash to purchase it from the driver himself. In order to be able to control the two-seater, Jimenez took driving lessons from the former Formula 1 legend, Juan Manuel Fangio himself. He used to spin around the racetrack in his 300SL for hours and hours. After all, the car was the fastest production vehicle of its time, so he had quite a toy in his hands. 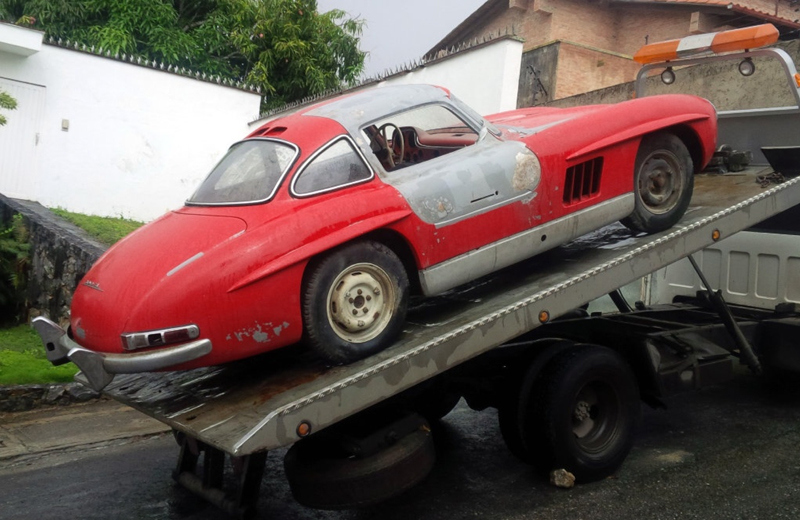 After the president’s rulership, the car changed owners and the Venezuelan authorities lost its trace. But half a century later, two experts in restoring classics, Alvin Acevedo and his father, tracked it down and brought it back home to Venezuela. And as the pictures show, they brought it back to life.