This is the two million dollar fleet. A sheikh temporarily moving to London has airlifted his cars to the English capital city. A Mercedes G 63 AMG 6×6, a Bentley, a Lamborghini and a Rolls Royce, all covered in gold, are parked in front of a luxurious hotel in Kensington.

To show off his almost 2 million dollar flashy fleet, he aligned the cars right in front of the 5-star Mandarin Oriental Hotel, just across the street from Hyde Park, where the cheapest accommodation would reach €800 ($906) per night. 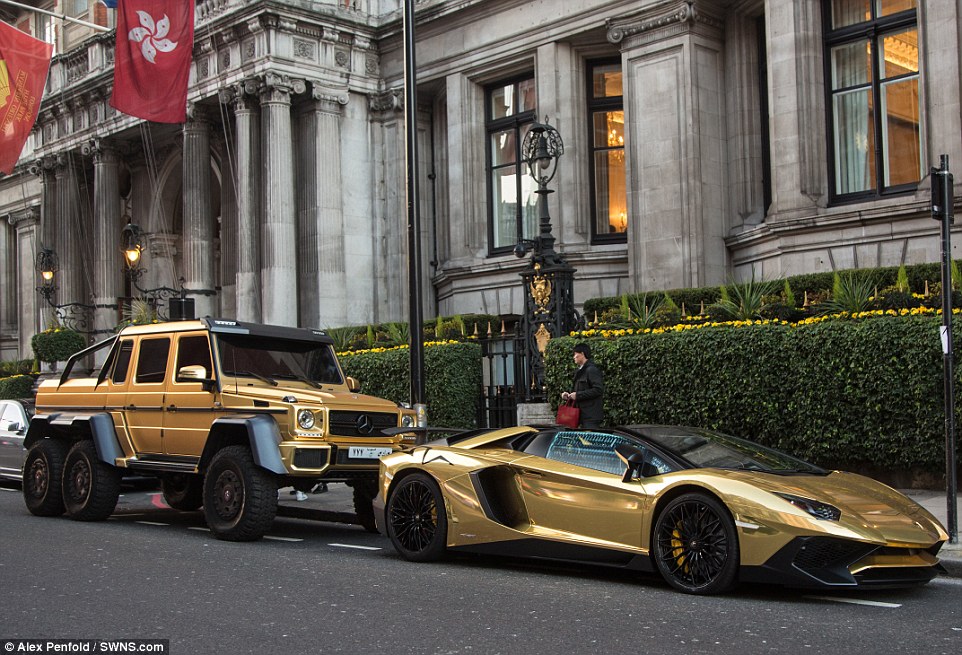 The half a million dollars Mercedes G 63 AMG 6×6, the Bentley Flying Spur, the Rolls Royce and the Lamborghini Aventador SV make up probably the most expensive fleet that has ever set wheel in London. As Daily Mail reports, covering them in gold might cost over  £4,000 per vehicle. (€5100 or $5.740). They might have caught fire if they stayed in the Middle East, as the temperatures are reaching 30 degrees Celsius there. But waiting in the traffic jam like the cars of the mortals might be just as hot for those massive engines. 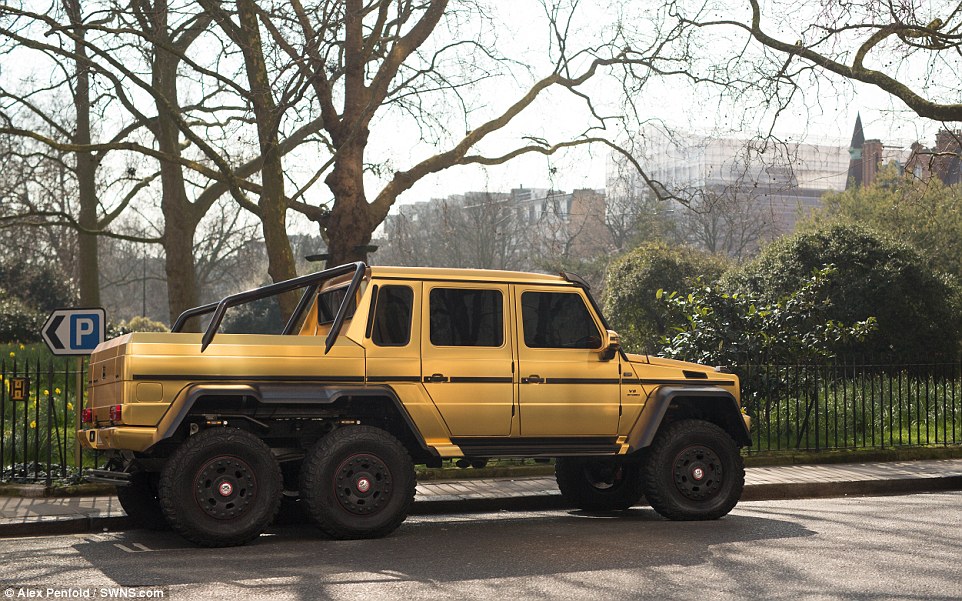 The Saudi billionaire tourist seems though keen on saving money. His fleet was spotted in a car park where an hour only costs £4.60 (almost €6 or $6.6) per hour and the parking time is restricted to only two hours. The fleet though stayed there half a day, so the sheikh was fined with £80 per car (a bit over €100). But we’re sure he can handle it, since he must have paid over £20,000 (€22,655 or $28,700) for the transcontinental flight to transport his cars all the way to London.

The six-wheel off-roader is surely a ride hard to miss, not only for his 5.5-liter V8, but the extra axle might take up a lot of space in the congested traffic of London, where there is no muddy road, nor sand dunes. In London, the law bans motorists from revving up their engines, rapidly accelerating, racing, performing stunts, sounding horns or causing obstructions. The fine they would have to pay for breaking the rules is of maximum £1,000 (€1267 or $1435). We have seen enough James Bond movies already. But then again, we are sure the sheikh would prefer to pay the the fines, rather than keeping a low profile