The new Mercedes-Benz A-Class Sedan joins the compact cars production in Rastatt, the plant where more than five million compacts have been built since 1997, a historic milestone for the production center.

The model goes up the same line as the A-Class hatchback and the GLA. The production of the model that premiered in Paris in 2018, debuted in the third quarter of 2018 at the Cooperation Manufacturing Plant Aguascalientes (COMPAS) joint venture production plant in Mexico and it now hits the assembly line in Rastatt, a car plant that is connected to all the plants of the global compact car production network, comprising six plants on three continents:  in Kecskemét (Hungary), Beijing (China), Uusikaupunki (Finland), Aguascalientes (Mexico) and Hambach (France). 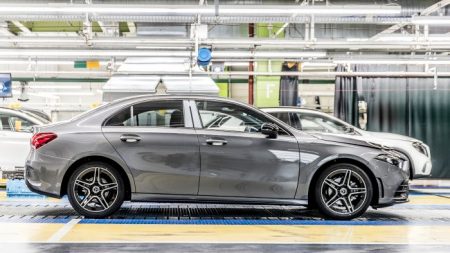 Ramped up to the highest of the quality standards and based on Industry 4.0 technologies, the production center demonstrates continuous competence and flexibility.

Brothers, but not rivals. The new Mercedes-Benz A-Class Sedan will be sold along the CLA

The new Mercedes-Benz A-Class Sedan is the first sedan manufactured in Rastatt for the past 23 years. The production of the E-Class of the 210 model series stopped in 1996, before the first A-Class established the compact car segment in 1997 and turned the plant into the cradle of the compact family. 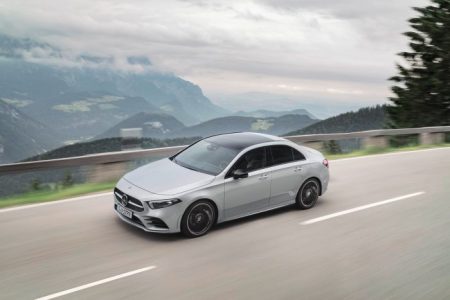 The highly modern production procedures involve driverless transport systems and calibration of the head-up displays of the cars, all equipped with the artificial intelligence-based MBUX system.

There are currently over 6,500 employees working in Rastatt, making it the lead plant for the worldwide production of compact cars in the global production network of Mercedes-Benz. More than 300,000 vehicles rolled off the production lines there last year.