It was a tough weekend for Mercedes-AMG Petronas. Not used to the places way below the podium, the team watched in dispair how Lewis Hamilton and George Russell had to settle for the 5th and the 10th position, respectively, in the Saudi Arabian Grand Prix. The two had started from P6 and P15.

“I just want to go home”, Lewis said in the interview after the race. He is reportedly one of the drivers who would have rather boycotted the race following the rocket assault at an oil depot in Jeddah. But, after a four-hour long meeting, the drivers, team principals, and FIA officials decided the race would go on.

“I am so happy the weekend is done. I am so happy that everyone is safe. I am just looking forward to getting out. I just wanted to go home,” Lewis told reporters, according to CNN.

It wasn’t just the rocket assault that ruined Lewis Hamilton‘s weekend. The car just can’t seem to find the right pace after two races into the 2022 season. He managed a lucky 3rd spot in Bahrein last week, but had to settle for a single point in Saudi Arabia. He dropped to tenth after a solid climb to 6th while other drivers entered the pits under Virtual Safety Car. He went in as well, but a bit too late to be able to keep the advantage. His teammate, George Russell, was faster in Jeddah, finishing 5th.

After he jumped out of the car, Lewis was seen leaning against a glass wall with his head down for minutes. 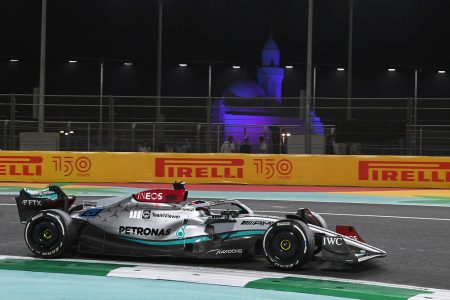 Red Bull Racing managed to recover after the technical failure of the first race. Max Verstappen won the Saudi Arabian Grand Prix following an epic battle with Ferrari’s Charles Leclerc. Max was just half a second ahead of Leclerc. His teammate, Sergio Perez, finished fourth, after starting from pole.

“Right now, we’re not fighting for the top step. We’re so far off the guys at the front,” Hamilton admitted in an interview for Sky Sports.

Mercedes-AMG Petronas has two weeks to find the right settings. Formula 1 will return to Australia on the second weekend of April, a first since 2019. 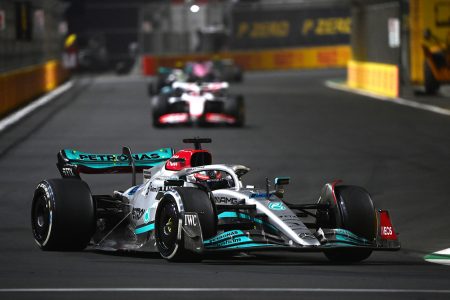