The upcoming BMW 5 Series has been spied again, this time during winter testing, although the premium sedan won’t be revealed earlier than 2016.

Judging by the amount of details shown by the spotted BMW 5 Series test prototype we can safely assume that we’re looking at a completely new model.

New door handles and air breathers in the front wings, a redesigned new layout for the A-pillar and the front doors, a sharp horizontal edge over the front and rear doors plus a flatter rear window are the most obvious changes in the future BMW 5 Series. 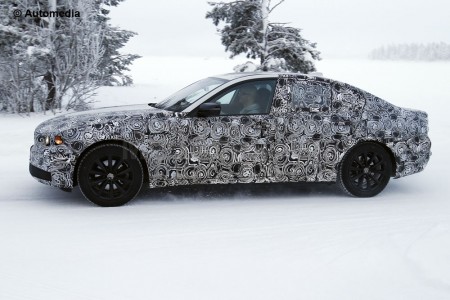 It also looks like the design of the upcoming 5 Series was inspired by BMW’s latest styling approach brought by the Vision Connected Drive concept car.

In addition, it is already known that architecture will be shared with additional models, just as the current model shares characteristics with the 6 Series and the 7 Series.

Besides that, the BMW influence will be inherited as the 7 Series will lead an extensive use of CFRP technology not only for structural purposes but also for key body parts such as roof, hood, boot lid and doors. This solution will help bringing down the model’s weight, in comparison to the ongoing generation. 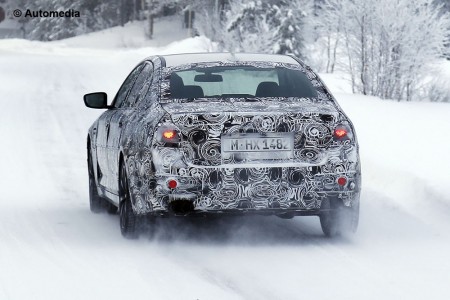 Some rumours say that the new BMW 5-Series might make a new statement regarding high-efficiency engines by receiving BMW’s upcoming three-cylinder diesel units.

We might as well prepare for a plug-in hybrid version of the new 5 Series, bound to reach the European and US markets, as the additional “filler cap” in the left front wing might hide the socket for the electric plug.