First test Mercedes CLA 2019:  The second generation of the compact four-door coupe gains a lot of new technology, including the MBUX infotainment system – plus a design inspired by the big brother CLS.

Modern driver assistants, two high-resolution 10.25-inch displays in front of the driver plus the latest multimedia system: In the second generation, Mercedes upgrades the CLA tremendously. The driver can now use MBUX (Mercedes Benz User Experience). However, the operating concept known from the A and B-Class has additional functions in the CLA, so the female MBUX voice now understands more complex commands.

The Internet-based system will find on the spot online music titles, current stock prices or the weather forecast. It can also recommend, for example, nearby Italian restaurants that offer neither pasta nor pizza. The system is constantly learning as it is constantly updated via the Internet with new features. The command “Hey Mercedes” activates the voice control. On the other hand, the nice online voice often speaks unasked as soon as someone in the car pronounces the term “Mercedes”, which irritates the passengers at best.

The CLA now also reacts to gestures. For example, it automatically turns on the interior light as soon as the hand moves toward the screen or passenger seat: a camera in the headliner observes the interior and registers every minute the movement of the driver and front passenger. Even when looking for bits and pieces in the center console, the light is gently dimmed. We find the nice feature at night driving not only accommodating, but quite helpful. 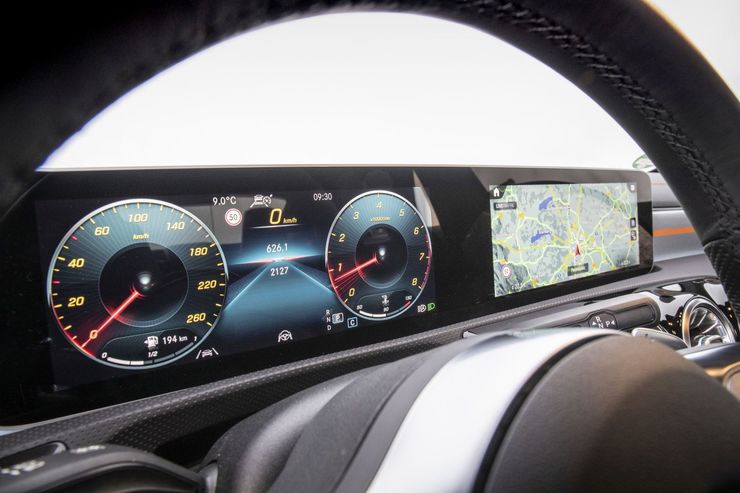 Equally new to the CLA is the support provided by augmented reality for the navigation system: a live image from the front camera is shown on the center display, complete with arrows indicating the direction of travel. Also street names or even house numbers are indicated. The optional feature is available with the navigation premium package for 2,785 euros (Germany), but really helps, if you are traveling in foreign cities.

There are only USB-C interfaces in the CLA for smartphone integration. The jacks allow for faster data transfer, but company car drivers now need an additional adapter to connect ordinary cell phone cables.

Bigger and wider, but hardly more space
Like the A-Class, the CLA is built on the MFA2 platform. This creates more space both inside and out. The new CLA has grown in almost all dimensions compared to its predecessor: lenght, at almost 4.70 meters (4688 mm), is about five centimeters (48 mm) more generous than before, the width, at 1.83 meters, is bigger with five centimeters (53 mm). At just under 1.49 meters, the CLA has retained almost the same height compared to its predecessor, at just two millimeters less than the first generation CLA. Meanwhile, the wheelbase grows by a full three centimeters. 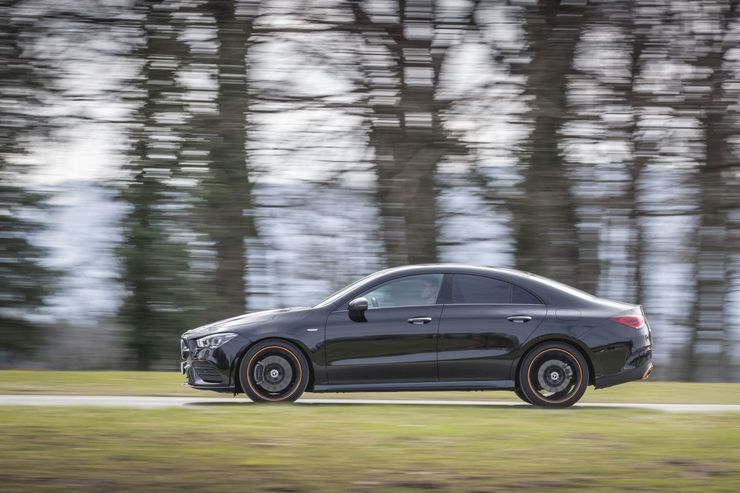 Although the CLA has grown minimally in every direction, the space available is still tailor-made. While you feel in good hands at the front of the integral seats, the passengers at the back feel more like sitting in a sardine can. Although they have a little more freedom of movement in the shoulder area, there is hardly any air above the head and in the knee area. If you frequently have to take colleagues with you, you should opt for the more spacious A-Class Limousine.

The fact that the CLA is better understood as a designer piece is also shown by the trunk which shrunk from 470 to 460 liters. At least it can be loaded a little easier through the wider opening. However, it is necessary to balance the luggage over a high loading sill.

But driving is really fun. The top Mercedes CLA 250 (available from 41,710 euro in Germany) is powered by a 224 hp two-liter four-cylinder turbo. The engine has a wide power band, but beyond 4000 rpm it can sound a bit strained and the seven-speed dual-clutch transmission does not help either. The shifts take sometimes unusually long, so the best fit for the engine-gearbox combination in the CLA 250 is the Comfort mode. Here, the CLA 250 is much more balanced. 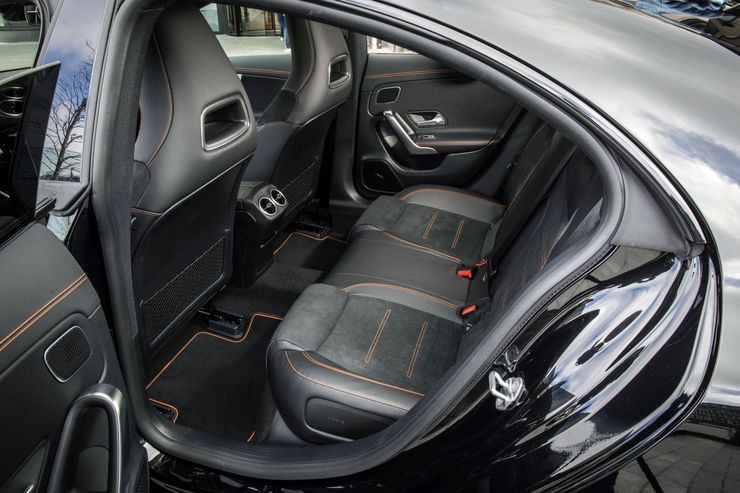 The tightly tuned car is very agile thanks to precise steering. Much more important, however, is the added comfort. Because in comparison to its predecessor, the suspension ironed now even rough bumps smoothly. The optional adaptive suspension and steering are coupled to individual driving programs. In Comfort mode, the CLA, despite 19-inch wheels rides like a true Mercedes, while the steering is pleasantly light, without becoming indirect. In Sport mode, the dampers harden noticeably. The driving experience is more direct, the steering only slightly harder. Speaking of sports mode: the four-cylinder gets its voice amplified by a sound generator. A matter of taste – just bad that the sound can not be turned off. The sporty seats with Alcantara seats are comfortable, but do not offer the visually suggestive side support. So you can look forward to the AMG version.

Speaking of other engines, since the 116 hp base diesel in the CLA 180 d (from 30,235 euros) rather covers only the basic needs, frequent travelers should wait until the Autumn for the stronger diesels, which are much more fun. Also in the fourth quarter, Mercedes starts offering the new CLA Shooting Brake, the estate version of the four-door sedan coupe. 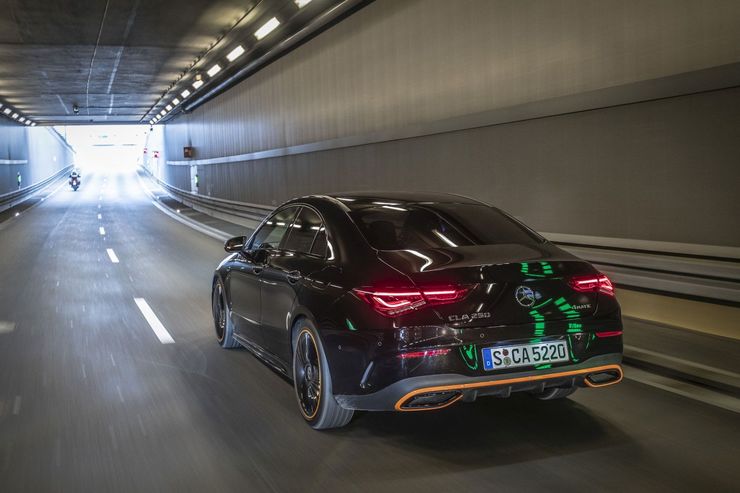 The new CLA has grown up. The interior concept already convinced us in the A-Class and fits perfectly in the CLA. As a sporty compact four-door coupe, which is well networked thanks to MBUX, the CLA is a car for many tastes. On the first ride, the CLA reveals it is more dynamic than the A-Class, but it is not sporty enough to become the best compact athlete. We have to wait for the Mercedes-AMG CLA 35.