Developed on and for the famed Nurburgring Nordschleife, the Mercedes-AMG GT R is the extra-sharp brother of GT and GT S. Launch is not until March 2017, so our German colleagues were only allowed a first ride.

The AMG sunbathes like a beauty queen in its special color Green Hell Magno, complete with its wider track, more dominant air intake inlets and outlets, special aerodynamic body elements and, of course, the cooler face that resembles that of the GT3 track special, which in turn is an homage to the winning SL 300 from the 1952 Carrera Panamericana race. 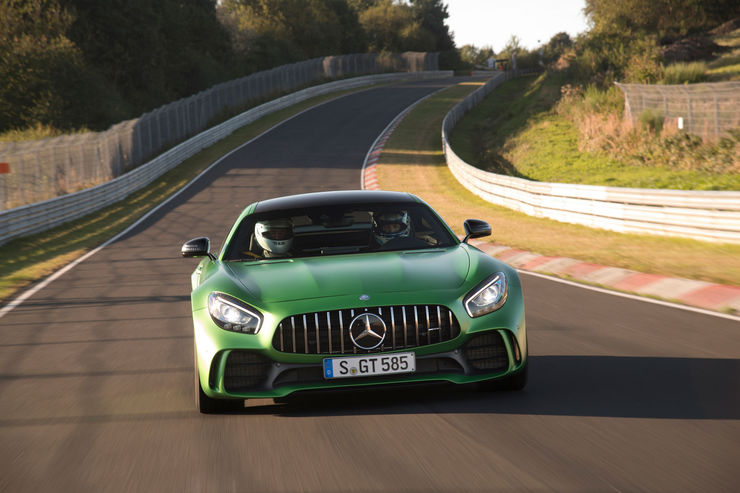 Behind the wheel is Thomas Jäger, Mercedes-AMG driving trainer. He is very familiar with the car and the track. Short handshake, great anticipation, helmet on, and off you go. Since the long gullwing doors of the SLS were deleted, the large classic doors now allow for easy access into the Mercedes-AMG GT R cockpit, where ideally suitable Sport seats (shells type) are standard – like the piano lacquer package or the proper headroom.

An essential novelty: the controller for Traction Control, which complements the three-stage ESP. That little thing with the LED light around it looks similar as in GT3 and so it works. It adjusts the traction on the rear axle in nine steps, isolating the GT R from the interference of the ESP, providing maximum slip on the rear axle without any user intervention. 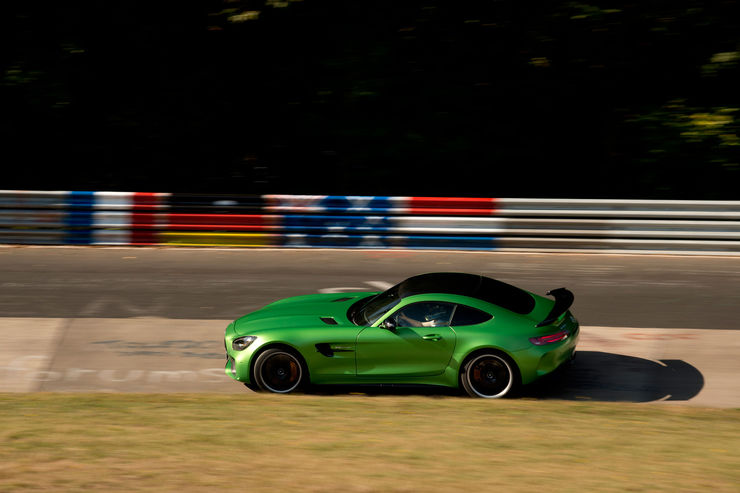 Besides its already menacing look, the Mercedes-AMG GT R is even more beastly looking: visible aerodynamic elements such as active (movable) blades behind the front bumper, the front splitter, air curtains and the adjustable rear wing make it stand out like a body builder at the opera. An approximately two-kilogram heavy carbon extension for the front apron is hidden beneath the front section and moves in sport mode, from 80 km / h, 40 millimeters downward out. Result? The so-called Venturi effect, which helps the Mercedes-AMG GT R grip better on the ground, reducing lift on the front axle. 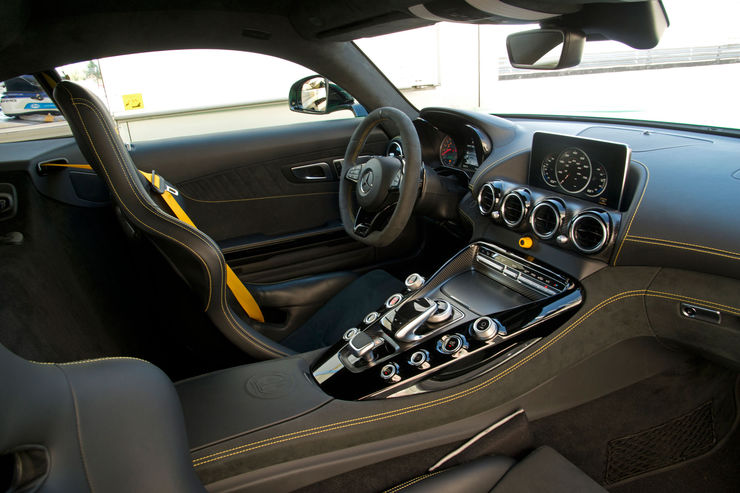 For normal drivers, the GT R is a paradoxical car: the faster the GT R drives, the better it braces the slopes – higher precision, better feedback and easier control included. For such a hardcore sports car, the GT R is surprisingly neutral, without steering corrections in the fast corners.

The sensitively responsive coilover dampers with different characteristics, among other things, certainly help. Other goodies: four wheel steering. increases in slow corners (of opposite impact) the agility  and in fast hairpins (from 100 km / h rear wheels move in the same direction as the front ones) the stability, as Frank Emhardt, the development director of AMG GT explains. Also purposeful: the high rigidity of the aluminum spaceframe, which is further increased by the transmission tunnel made of carbon. 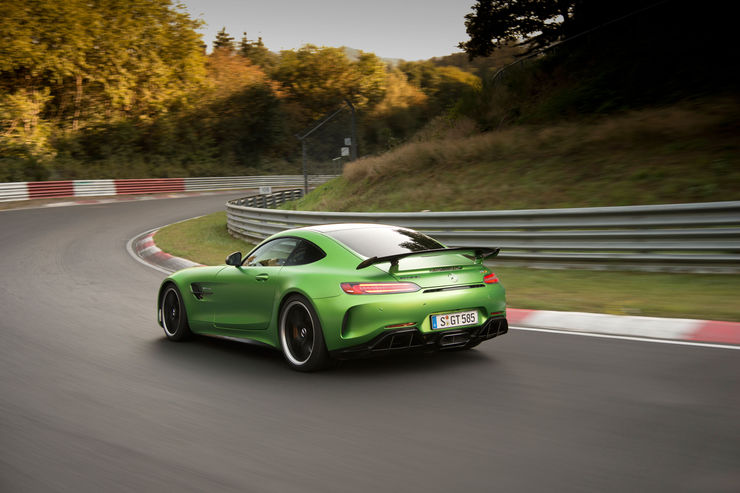 VERDICT
The sound is worth every penny: phenomenal. Moves like a turbo, sounds like a fighter jet. The driving dynamics chapter is also where the AMG GT R strikes hard. On the Nordschleife, it offers an enormously dynamic mix of feeling and hardness.