The Bavarians are busy testing the new iteration of their larger sporty sedan, the BMW M5. This is the first time the largest of the M models is caught up by the spy photographers, which means the car won’t be ready for a market release any time sooner than late 2017, early 2018.

As usual, the camouflage does its job and so it’s really hard to tell any significant changes in exterior design, even though it’s clear it will use a quad exhaust pipe setup and will have some pretty aggressive front bumper. So nothing really new, really.

It’s clear this new generation won’t bring any major advances in design, just like the recently launched 7 Series was an evolution of the model it replaced. The 5 Series was very well received in its time so the decision not to mess about too much with the way it looks seems to make a lot of sense.

According to rumours, the new BMW M5 will use the same 4.4 twin turbo V8 engine as the current model, but it will be souped up to produce 626 hp which, let’s be honest, sounds like a hell of a lot for what is, essentially, a family sedan in shape. 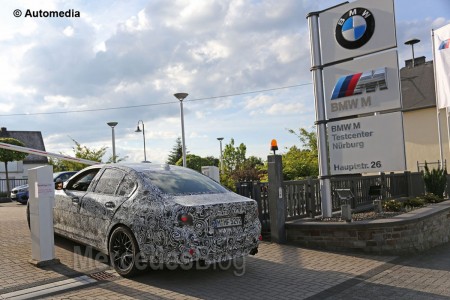 The power bump is not the only thing which will have people drooling over the prospect of the new BMW M5, but also the reports which say that, for the first time, customers will be able to order the car with the BMW xDrive four wheel drive system. Rear wheel drive will still be standard, but the new BMW M5 will also be available with all wheel drive as well. 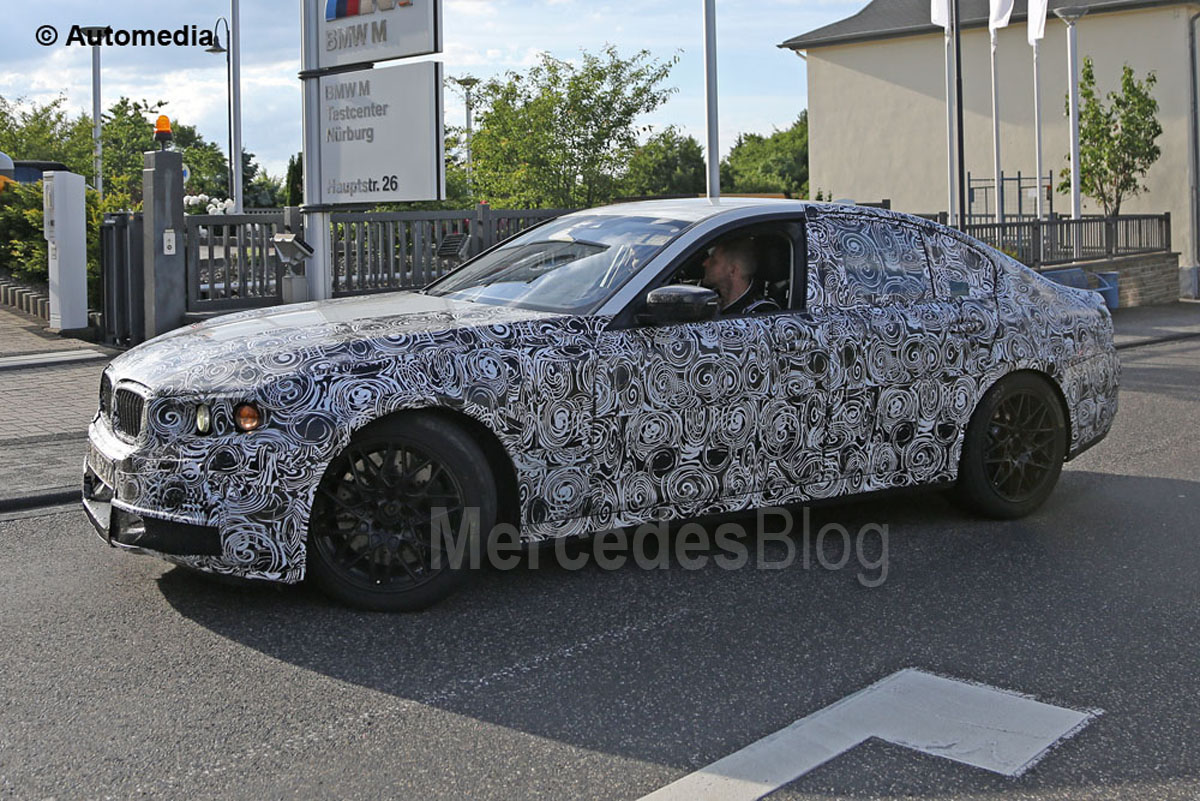 This decision appears to have people split in two already: some consider it good news since the BMW M5 will now be able to contest the all wheel drive Audi RS6 or Mercedes-AMG E 63 4MATIC 0-100 acceleration times; other say that the BMW M5 did not need it and that all wheel drive does nothing but add weight and deliver little in return.

Regardless of what you might think yourself, it’s good to know the new BMW M5 is also going to be a full 100 kilos lighter than the current model.

Also as a move to counter the competition’s offer, it’s rumoured the new BMW M5 will get a Touring version, similar to the Mercedes-AMG E 63 T-Modell or the Audi RS6 Avant.