Mercedes-Benz Vito 190 BlueTEC Tourer SELECT is, at the same time, a commercial vehicle and a family vehicle. Almost every little thing is new and highly improved. For example, Vito’s consumption was lowered by 20 per cent under the old model. Just one number!

I have been waiting for months to meet this new Vito. And finally, it happened. Since its launch in 1995, the Mercedes-Benz Vito/Viano range has sold close to 1.5 million units worldwide. Probably, I am not lying if I told you that this is the 15th that I have driven those years. Its evolution is huge. Initially, it was just a van with just a few features of passenger cars. Now it is a standard benchmark for luxury and comfort in its class. One year before, in January 2014, Daimler invested some 190 million euros in the Spanish van plant in Vitoria (where the Viano and Vito models have been produced since 2003).The funds were spent on the modernization and redesign of the body shop, paint shop and assembly lines of the plant. This March, it additionally took up production of the new V-Class, which has now replaced the Viano. 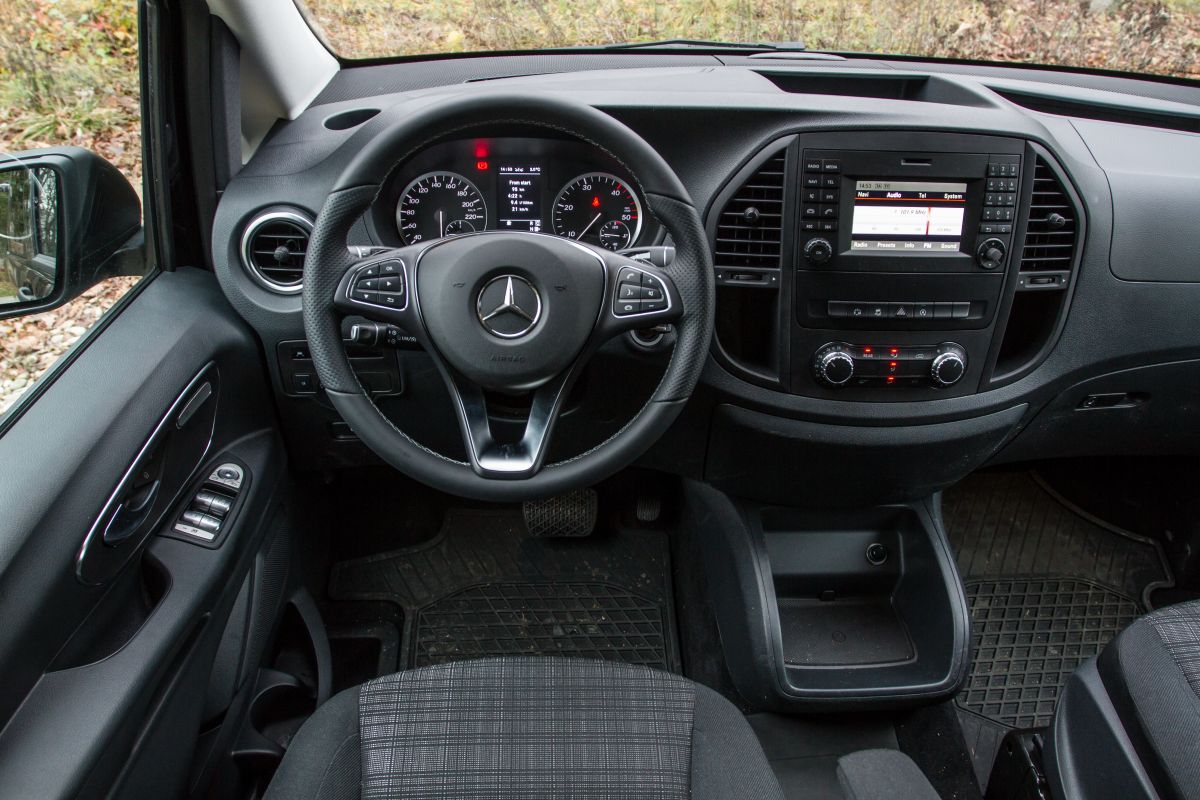 Our Vito was Tourer, the passenger version, with the higher trim level from three – the Select. On the inside, it has everything a normal customer should need, whether it is the family head or a people carrier. One day, it was funny to meet in an outlet parking, a BMW X5 with a mother and two pupils – she asked me to take a look inside the Vito and she told me that she wass planning to switch from a luxury SUV to a luxury van. She already loved our new Vito, but she didn’t know that still there was still a Mercedes-Benz V-Class with more and more luxury. Should I have told her that? Would she have believed me? It is true, compared to the ordinary vans, Vito is a luxury van, but compared to the V-Class, it is just an ordinary van.

What does a customer like her need? Image, safety, comfort and space? But the order is random, it depends on every person. So let’s take it step by step. Mercedes-Benz has the best image all over the world. And probably it is the most wanted brand of cars, vans, trucks or even buses. It happens sometimes that that VW Caravelle, the inventor of this luxury ex work vans, offers a better van, but VW will remain a VW. Even Ford or Chevy in North America, don’t really have any chance to challenge Vito/Viano in either way. The Vito design, including this one, has very high quality, as it combines functionality with fashion. It has a big front radiator grille (reminiscent of the passenger cars from the Mercedes-Benz range), and its German parents have claimed an impressive Cd value of 0.32. This is good for fuel economy (commercial vehicle) and also for a low noise level (family vehicle).

With an  exra-urban fuel consumption of just below 6 l/100 km, the Vito 190 BlueTEC Tourer it completely deserves the “A” for efficiency. This figure is excellent for a 3-ton and 5.1 m length vehicle. Sure, there are lots of commercial vehicles that could more. Even the cheapest one! But ask yourself if those can run by 200 km/h, under 10 seconds for 0-100 km/h sprint and, sometimes, tows a 2.5-ton trailer (caravan or boat, whatever you wish). Our advice: a boat is better for your status than a 10-metre caravan!

The new Mercedes-Benz Vito is going to set new standards in its class again, with a number of innovations, when it comes to safety. There are too many airbags to enumerate, every window could be covered with one and another four are reserved to the front seats. Along with the airbags, we enjoy, more often, a lot of safety systems. The driver aid technologies standard or extra include Attention Assist, Crosswind Assist  and tyre-pressure monitoring, Active Parking Assist, Hill Assist, Blind Spot Assist and Lane Keeping. All these systems can be very useful to both runners and occasional drivers. An Intelligent Light System (ILS) puts LEDs into the indicators, daytime running lights and low-beam headlamps/main beams, and equip the Vito with a cornering light function, too. Thus the ILS varies the light distribution, depending on whether you’re driving on a country road or a motorway, for instance. And, don’t forget the 5 stars on the crash test.  Really impressive!

The interior of new Vito offers high-quality materials and a huge list of equipment. In our Tourer SELECT we have found eight seats. The seats from the second and the third row can be moved on rails, and all six back seats can be adjusted individually. Much more than that, if you don’t want to go to the fitness gym, you can take all seats out and put them back inside face to face. It is not a very easy task, but it is possible. Anyway, you need a devoted friend to help you with  double seat parts. They are really heavy. So, please don’t ask your driver to change the interior configuration daily!

Even in a complete new van, I feel very familiar with all the controls and dials. This is what Quality of interior design means! At one time, I had to stop and check on internet, if the interior was changed or not. And yes, it is new! Actually, Mercedes-Benz is very conservative with its interior details, so, if you drive one car, it is easy to drive them all. We received it in late November and we very much appreciate the electric heating extra system.

The combination between the OM 651 DE 22 LA engine and the 7G-TRONIC PLUS transmission is already known from the V-Class. 7 gears, two pads under the steering wheel and few driving programs are something rare in the van segment. Who wants more, can order a 4×4 transmission. The hardware is the same like in the V-Class, but somehow, the time for shfitting gears is longer in the Vito, whether manual or automatic.

The new engine with the Euro 6 level have also features a system that saves fuel from the alternator and the start/stop function. The Vito’s suspension has been enhanced to make it more pleasant to travel in, whether loaded or not, with new spring and damper tuning and a semi-trailing arm rear axle with coil springs. Tourer models can be fitted with optional “comfort” suspension. 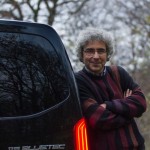 One more thing, the Vito has long service intervals of either 40,000 kilometres or two years. Another plus from the commercial vehicles world.

For those preferring to travel first class everyday, this is the ticket. Tourer SELECT could be used daily, doing jobs like all family cars, but on a very high level of comfort, space and safety. The interior versatility is a bonus. And for those who work with it, Mercedes-Benz is a serious business partner.