The illustrations of the Mercedes GLC confirm that the new mid-size SUV will be slightly bigger and will have much sportier proportions.

As the spy shots attached confirm once again, the new Mercedes GLC will be slightly larger than the model it replaces, in order to make more room for the smaller Mercedes-Benz GLA and the future GLB, which will be a compact SUV with 7 seats, based on the GLA platform.

The prototype clearly has a longer wheelbase than the current GLK, and its track is wider, too. We can also see that the hood has been stretched and the front axle pushed forward to accommodate the longer wheelbase.

This should translate into more interior space and improved dynamics. It also means the new the GLC will better match rivals such as the Audi Q5 and especially the BMW X3, in terms of space and comfort.

Much of the design remains hidden beneath heavy camouflage, but it looks like the vehicle will adopt some familiar Mercedes styling cues. The proportions appear much sportier than those of the current GLK and the roof more steeply sloped towards the rear, hinting at a coupe-like profile. If we pay more attention to the pictures of the rear of the car, we can see the rear frame which proves that the rear window is only in a temporary position. Very probably, the future GLK will preserve the boxy design at the rear even in a soft form, because it has to leave room for the future GLK coupe, which will compete against the BMW X4.

The car’s mechanical package will be shared with the redesigned 2015 Mercedes-Benz C-Class. This second-generation mid-size SUV will also finally get a right-hand-drive configuration, enabling the vehicle to enter new markets such as the U.K., Japan and Australia.

An AMG version could follow, because some GLC prototypes had been tested along other AMG models.

With the second GLK generation, the name will be also new: GLC. And the SUV-coupe version will be named GLC Coupe.

The new GLC will be available starting September 2015. In November 2015, the model range will be completed with the Plug-In Hybrid version, which will feature the same propulsion system as the new C-Class Plug-In Hybrid: a 2-liter turbo with 211 HP, mated with a 60 kw electric engine, ready for an electric range of around 30 km. 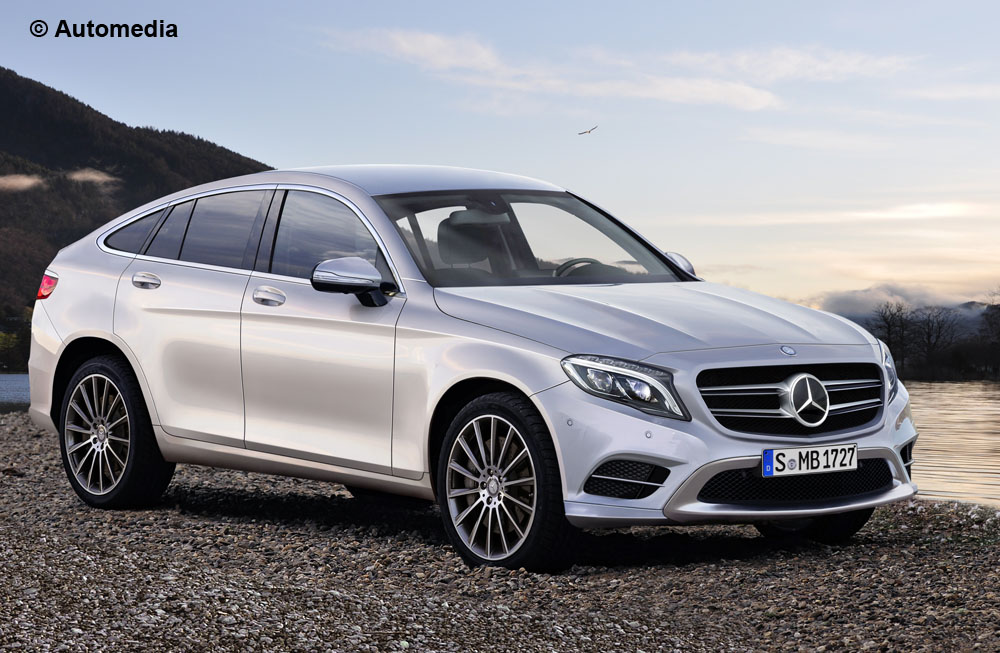 After Mercedes will launch the first SUV-coupe GLE Coupe this summer, they are also looking at the class below to build a competitor for the BMW X4.

The GLC Coupe will follow the GLC two years later and will also compete against the Audi Q6, which will be built on the basis of the future Q5.